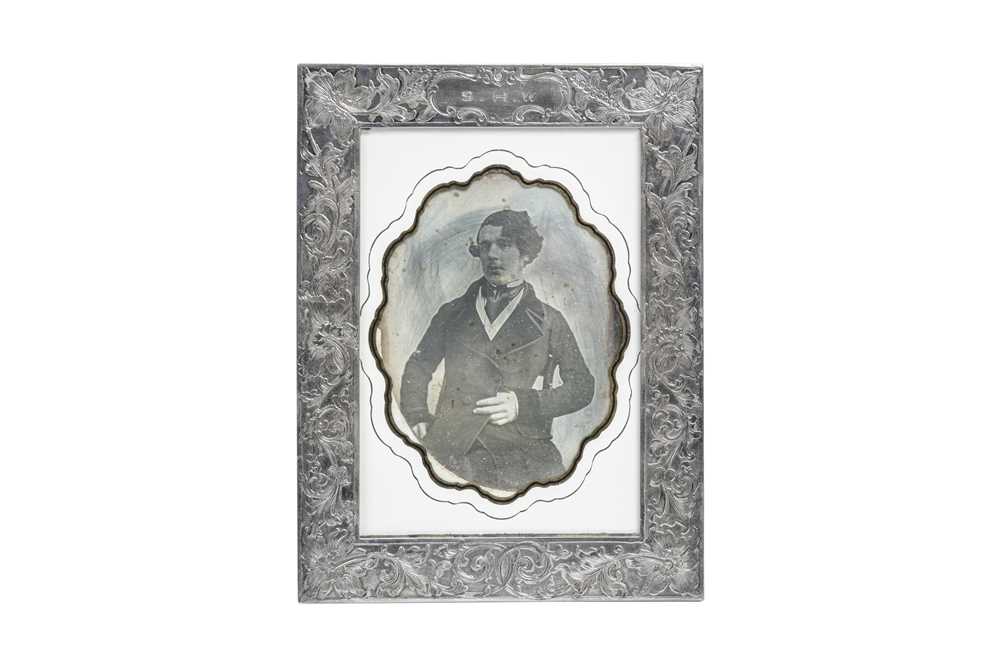 Sir Sidney Hedley Waterlow (1822-1906) first baronet, was elected Lord Mayor of London in 1872, having served with the city corporation since 1857. During his term in office, he was responsible, among other things, for the opening to the public of the Guildhall Library and the entertainment of the Shah of Persia at the Guildhall. He was created a baronet in 1873. In 1889 he presented Lauderdale House in Highgate with its extensive grounds to the London City Council. The grounds later became known as Waterlow Park and a statue of Waterlow was erected there in 1900. In addition, to other political, business and philanthropic interests and activities, he was a juror for the Great Exhibition in 1851, the international exhibition in Paris in 1867and in Philadelphia in 1876. This image, it is understood from a manuscript letter originally offered with this daguerreotype, is the only known photograph of Waterlow.