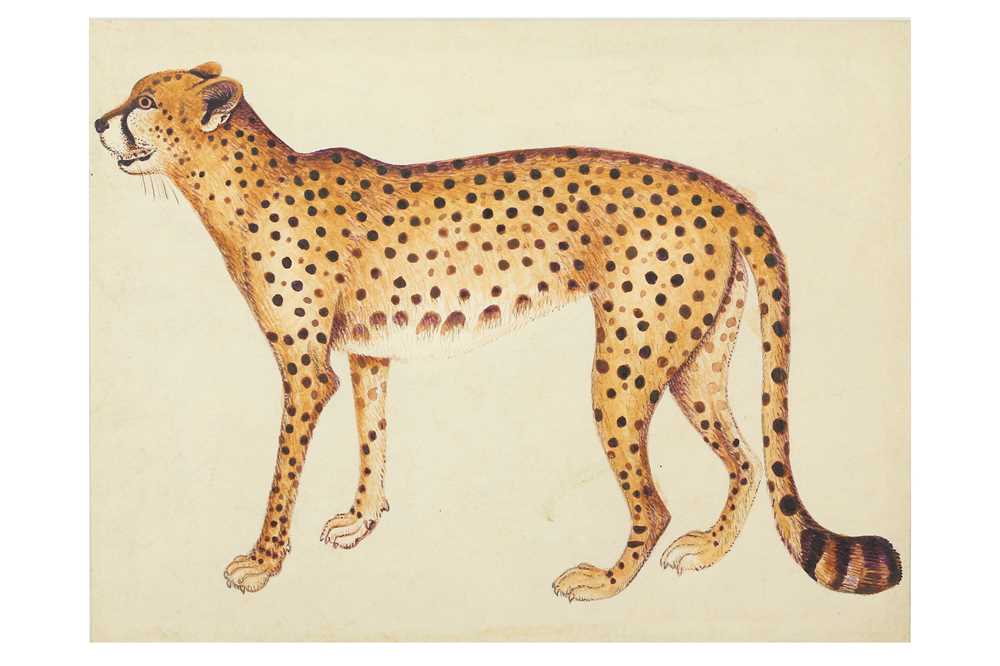 A STUDY OF A CHEETAH AFTER THE IMPEY ALBUM

Opaque pigments on woven paper, the horizontal composition depicting a cheetah standing on four paws, the muzzle half open showcasing its fangs, the body tense and long-legged, the depiction faithful to the renowned Cheetah of the late 18th-century Calcutta Impey Album painted by the Company School master Shaikh Zain Ud-Din on laid paper, on a plain background in line with the European tradition of natural history prints, mounted, framed and glazed, 40cm x 47cm including the frame.

40cm x 47cm including the frame