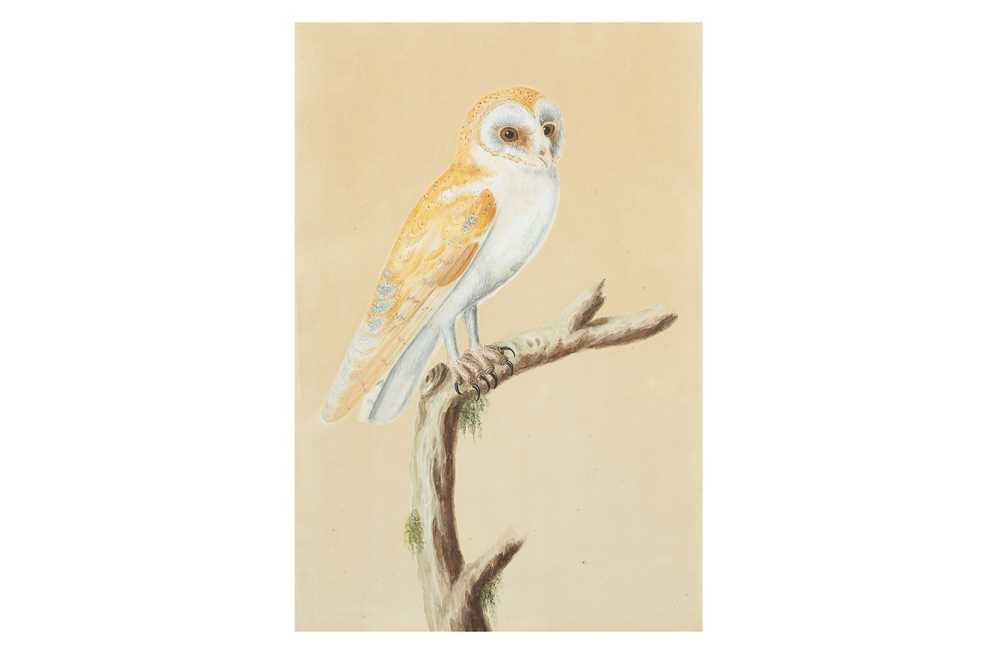 Opaque pigments on paper, the vertical composition depicting a study of an Indian Barn owl, perched on a branch in its natural habitat, on a blank ground, the verso with an erroneous inscription in black ink White Owl, the laid paper watermarked IHS I VILLEDARY, mounted on a cream cardboard frame decorated with brown and faded blue rulings, 72.5cm x 54.4cm including the mount.

The watermark I VILLEDARY is normally associated with the French paper maker Jean Villedary. His watermark covers a period of 150 years. Most specifically, it was in use from 1668-1758 in France in the mills of Angoumois, Vraichamp, Beauvais or La Couronne. Later on, from 1758-1812, the production moved to the mills of Hattem, Gelderland, in Holland. It is plausible that the paper could have reached Bengal during the time the region was a Dutch colony (1627 - 1825).