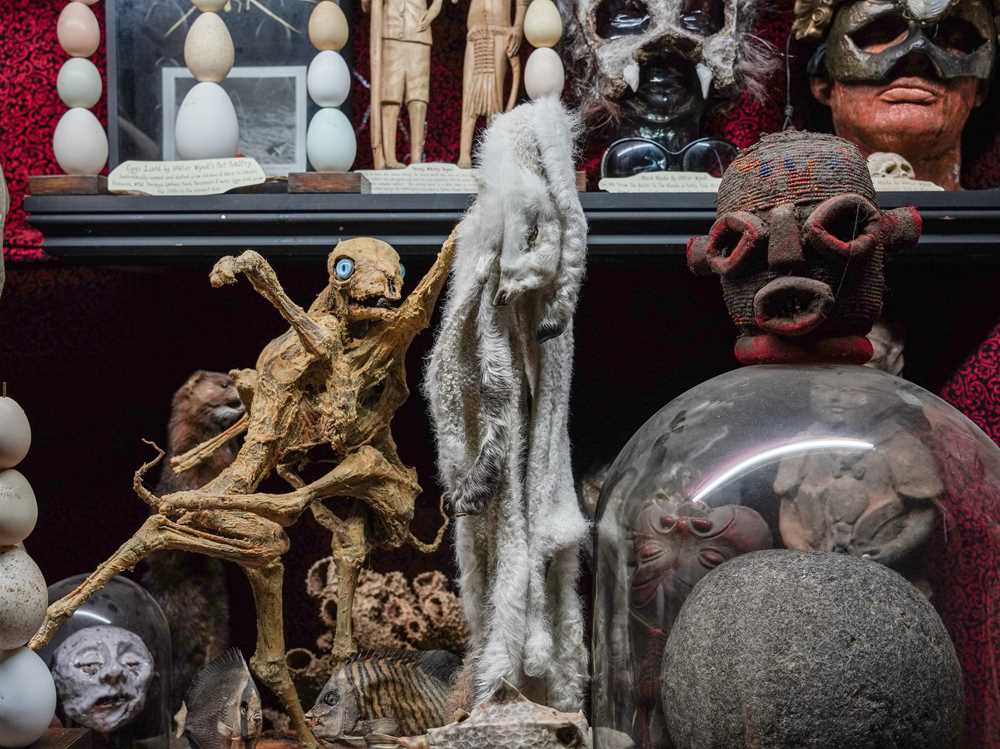 formed of a mummified eight legged lamb holding its own skin, raised on a burr wood plinth