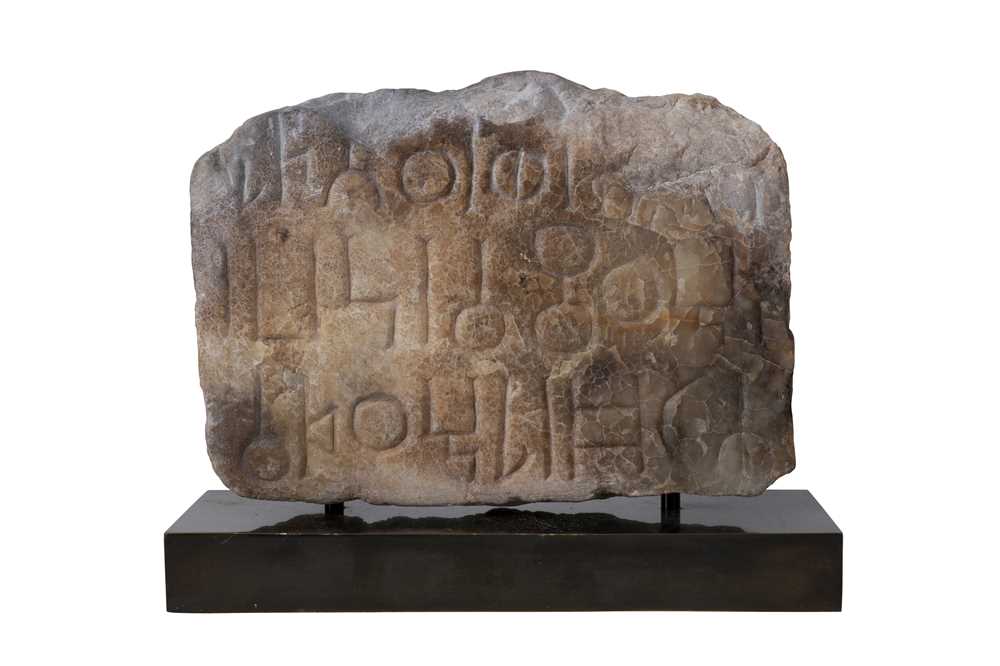 Provenance: A Private Collection of a Diplomat, 1970s

The Sabaeans were a civilisation of people of South Arabia in pre-Islamic times, originally entering from the north. They were founders of the kingdom of Sabaʾ the biblical Sheba, being mentioned in the books of Job, Joel, Ezekiel, and Isaiah. Excavations in central Yemen suggest that the Sabaean civilization began as early as the 10th–12th centuries BC. Sabaʾ was rich in spices and agricultural products and had great trading routes by inland caravan and by sea. For centuries it controlled Bāb el-Mandeb, the straits leading into the Red Sea, and also established many colonies on the African coast. The Sabaeans disappeared by the 6th century, as they were successively overrun by Persian adventurers and by the Muslim Arabs. A stele or occasionally stela is a stone or wooden slab, erected in the ancient world as a monument. Generally they were taller than their width, often being used for funerary or commemorative purposes. They were also used in ancient Greek and Roman world as government notices or as boundary markers.