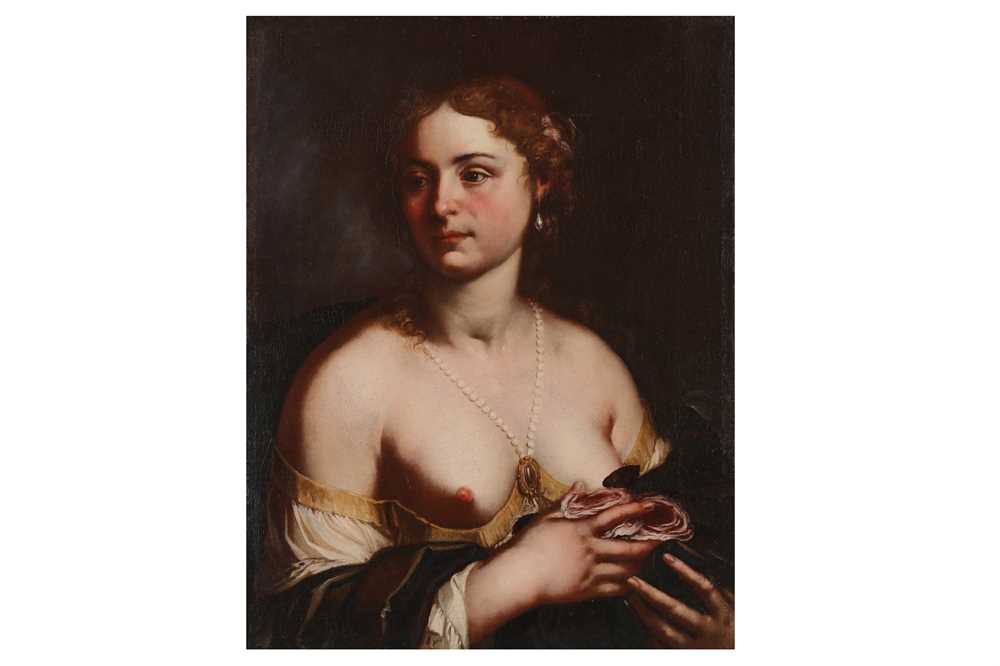 A leading example of the Bella genre is Titian’s Flora in the Uffizi Gallery, Florence. (2) In it Flora – goddess of spring and re-birth – is depicted with long hair, and holds flowers and leaves – symbols of marital love. Beyond the Allegory however lies a portrait of a spouse to be. Unveiling one of her breasts, the sitter shows two fingers open which presages the loss of her Virginity.