Our 283-lot watch sale - our biggest ever - is now online. Here, our watches specialist shares his top five picks from across the two sales, which will be held on the same afternoon.

We hope you enjoy the online catalogue, preview and sale

The sales take place Thursday 24 March at 1pm and 5pm.

In the early 1950’s, French Navy Captain Bob Maloubier and Lieutenant Claude aspirant Riffaud, of the ‘Nageuers de combat’ (Combat swimers), required
a watch rugged and reliable enough to safely accompany the specialist force to the deepest waters during difficult missions. Maloubier drew up
requirements for his ideal watch but no company wanted to invest in what was considered a niche market. Unable to find a suitably keen manufacturer, he
himself drafted preliminary sketches of what would ultimately become the Blancpain Fifty Fathoms. Eventually, Maloubier and Riffaud contacted the
CEO of Blancpain, Jean-Jacques Fiechter, who was an avid diver himself and he accepted the challenge.

After its release in 1953, the model proved to be robust and with no real contemporary competition went on to serve Israeli, Spanish, German
and the United States special forces, proving crucial to specialist dive teams undertaking sabotage, coastal raids, underwater reconnaissance and the like.
Furthermore, Jacques Cousteau and director Louis Malle used the Fifty Fathoms during the shooting of ‘Le Monde du Silence’ – the 1957 award-winning
underwater film. Its size was due both to maximising legibility and to make room for the external rotating bezel – the first of its time and a safety
mechanism that would allow the diver to line up the bezel with the minutes hand when starting a dive and thus making it clear how many
minutes had elapsed when underwater

Over 50 derivatives of the Fifty Fathoms were produced, many for specialist military/industry use and never for public purchase.

Given their limited production numbers, the demanding conditions that these watches were subjected and the thirsty collectors market, good
examples offered for sale are few and far between. 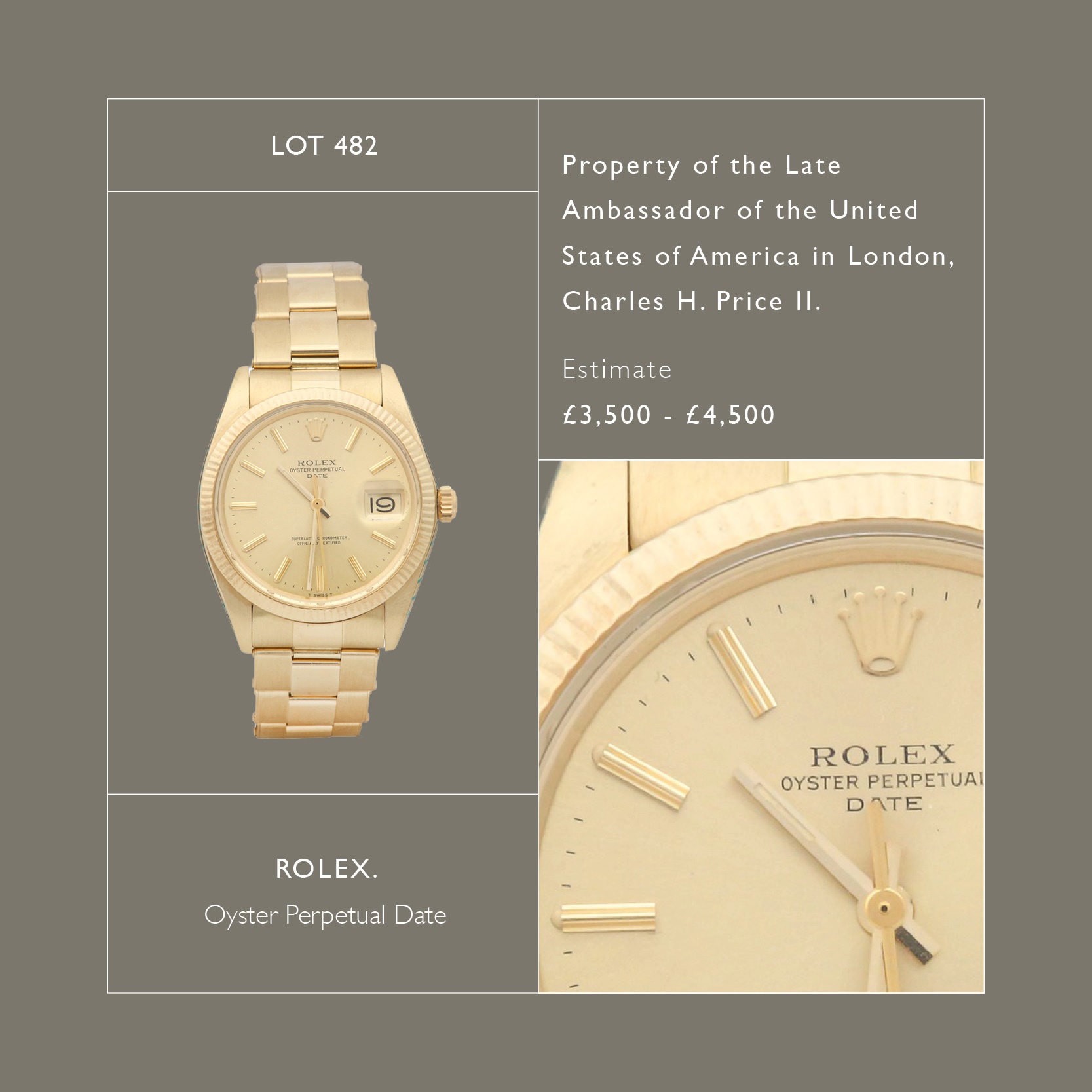 Property of the Late Ambassador of the United States of America in London, Charles H. Price II (1931 - 2012) was a successful American businessman and a close personal friend of Ronald Reagan, whom he supported in his campaign to become President in 1980. Appointed by President Reagan as the US Ambassador in Belgium, Price was promoted to the Court of St James in 1983. His appointment came at a tricky time for US-UK relations. Reagan had just invaded Grenada. Given that she was not notified that an ally was intervening militarily in a Commonwealth country, UK Prime Minister Margaret Thatcher was particularly upset. Price's mission was to smooth and strengthen the relationship with Margaret Thatcher and the United Kingdom as a whole during this important period in history. 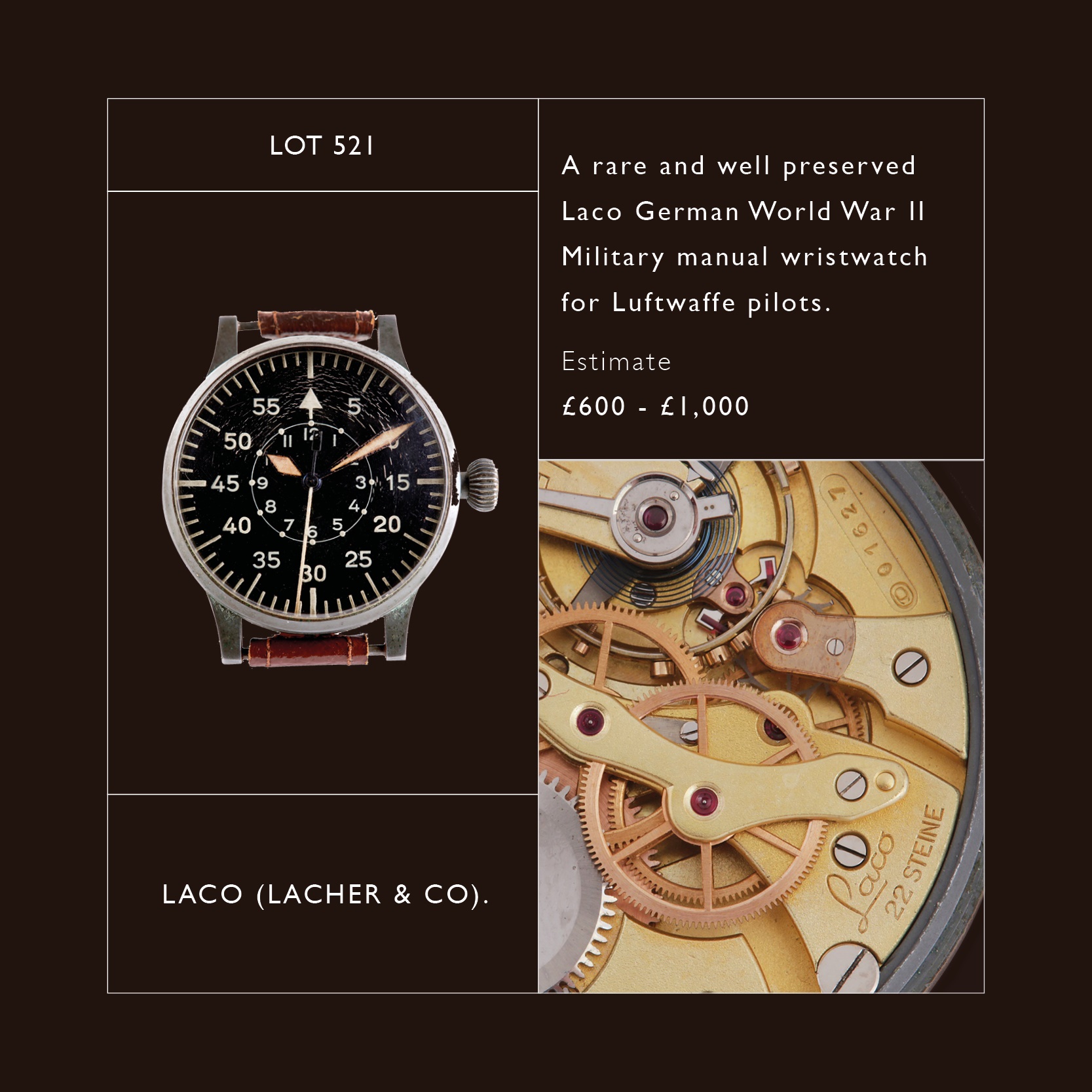 Navigation watches during World War II were tested for Chronometer quality (Gesundbrumnen near Glashutte), to be used by
pilots with long straps around their flight jackets. As the demand was increased by the military, Lange & Sohne alone couldn't meet it and other producers
were asked to help, such as IWC, Welpe, Walter Story and Lacher & Co. Luftwaffe High Command provided instructions regarding the operating
precision and degree of movement completion required for manufacture.

Before being used, every single watch had to be tested and provided with certification by the German Naval Observatory.

The last fine adjustments had to be conducted in six different positions and at least three different temperatures, in order to obtain
the special or first class rating required to be allowed to be used in service. 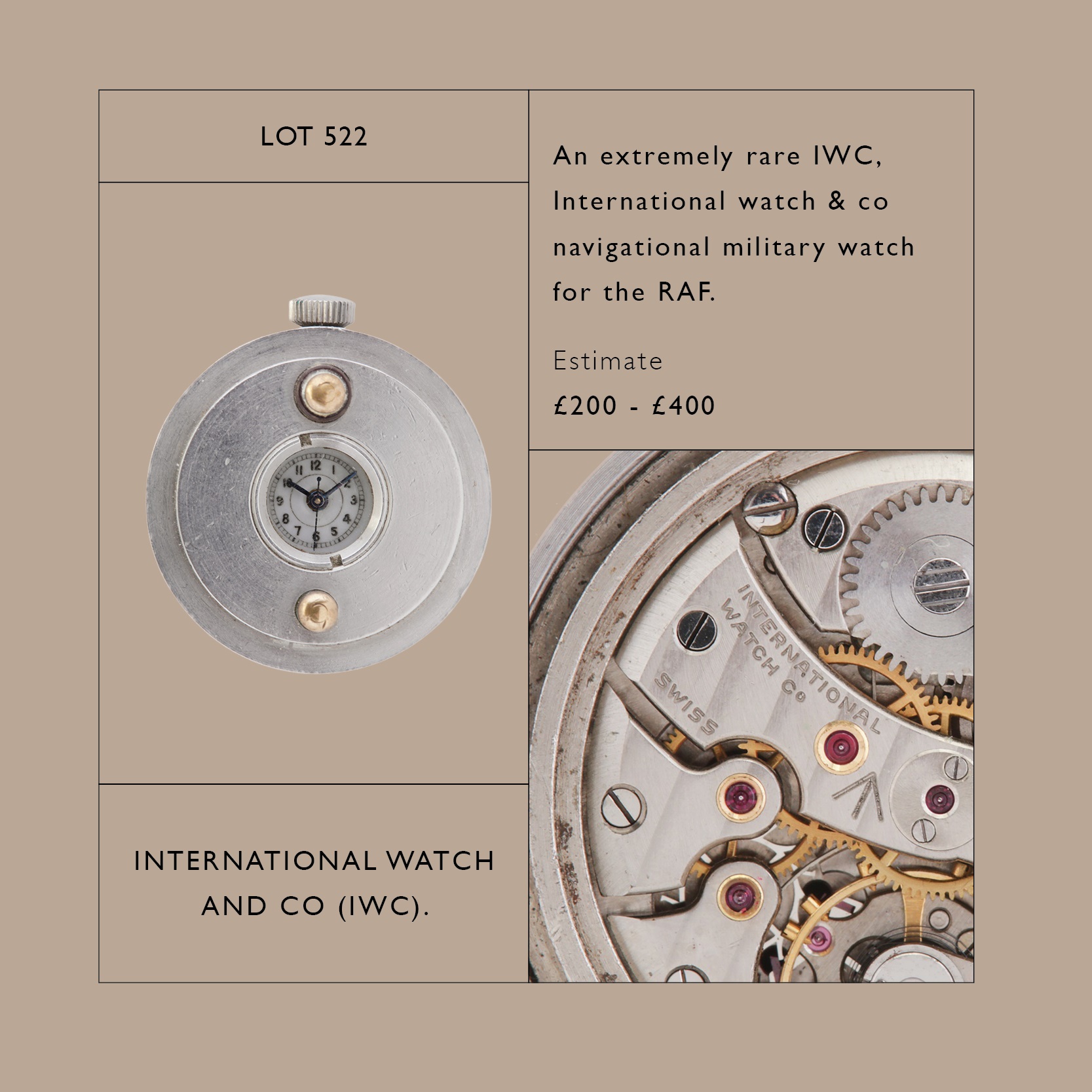 The IWC MK11 camera watch 10AF/807 was a modification made by the RAF itself, or more plausibly by Vinten, the manufacturer of the
camera, for the weapon recorder. Instead of buying more IWC watches for it, the RAF decided to use movements from Mk.11s
that were no longer used.

Developed to be used on the RAF Lighting Interceptor (the first and only interceptor build in the UK capable of exceeding Mach 2), in total fewer than 350 watches were ever produced.

*The same model was mentioned on the Horological Journal on March 2020 as part of the research on Mark 11 Navigational
military watches, pp. 186 and 187. 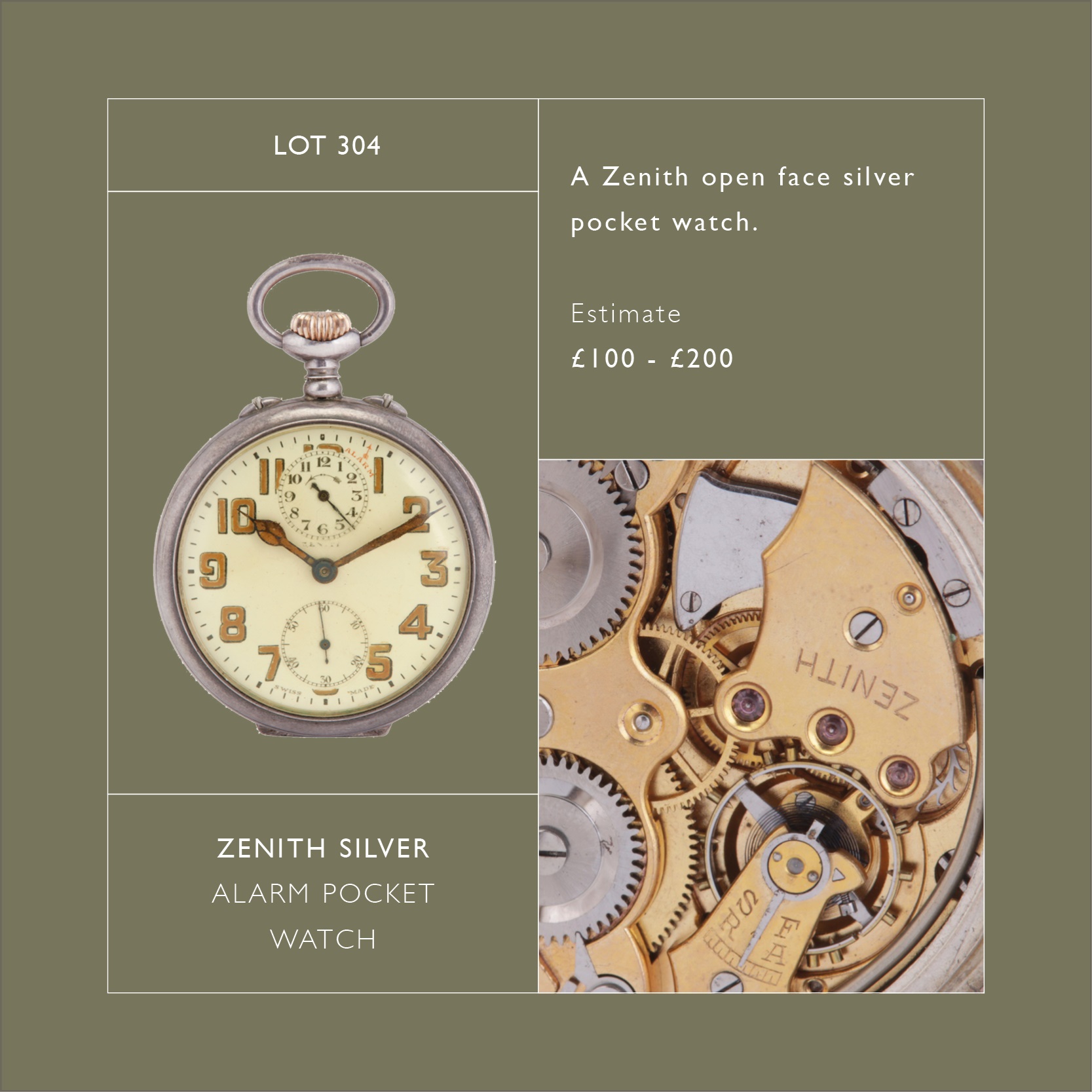 The leader of the nonviolent non-cooperative Indian independence movement Mahatma Gandhi is renowned for not having owned many personal possessions in his lifetime but one he was fond of was a Zenith Alarm pocket watch exactly like the lot we have in this auction. On 28 May 1947 Gandhi's watch was stolen from his house. With great remorse six months later, the thief returned the watch back to his rightful owner in New Delhi and begged for forgiveness. In 2009, Gandhi’s original Zenith timepiece sold at auction, achieving an incredible result of $1.8 million hammer.