The Art of Travel: Inspiration over the Years

From the days of the Grand Tour, travel has always provided a huge source of inspiration for art, photography, design and literature. We take a look at our exciting upcoming lots that showcase this, across a range of our specialist departments. 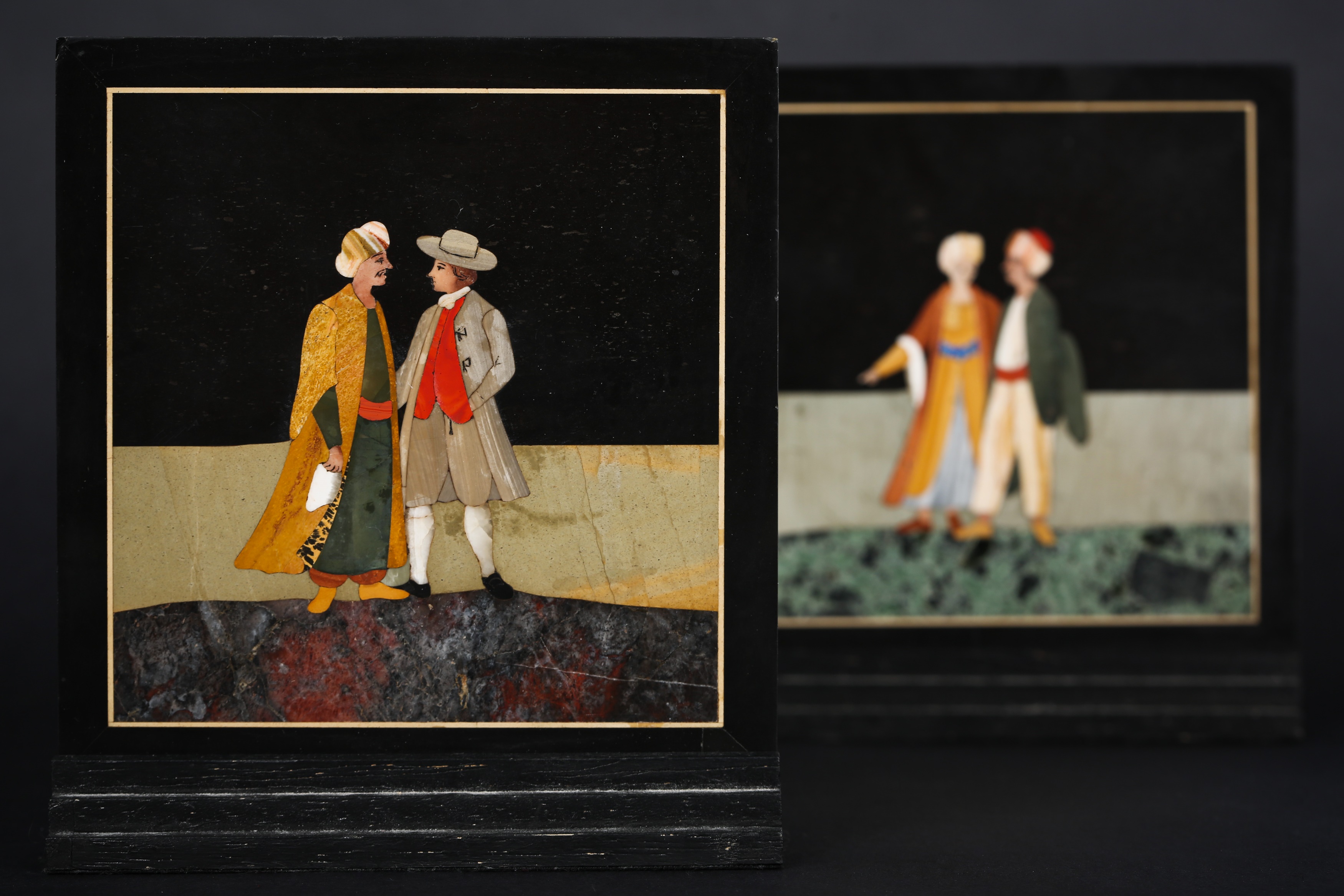 “Travelling – it leaves you speechless, then turns you into a storyteller” – Ibn Battuta

The Grand Tour, occurring from the mid 17th into early 19th centuries, was when young noblemen from northern Europe had the chance to travel and explore the world and was seen as an essential addition to their education. Starting in Paris, the key destinations were the Renaissance towns and cities, and Ancient Roman and Greek civilisations. This began an era of discovery from these destinations, with these men bringing back paintings, sculptures and ceramics from their travels, as well as a source of inspiration as they documented their adventures.

The significance of the Grand Tour still has a lasting impact on many prestigious galleries and art collections today.

Travel as a source of inspiration is perhaps best exemplified in our themed sale, A Middle Eastern Journey, and our third edition of it will take place on Wednesday 3 November. Across our departments, our specialists seek out ethnographic objects and works of art that take you on a journey of discovery - from traditional works of art from the Alhambra to Asia Minor, to paintings and objects exploring the narrative of Orientalist and Topographical art.

During the 19th and early 20th century, the Middle East was a popular tourist destination for both Europeans and Americans, and there was a simultaneous demand for Middle Eastern decorative arts.

This sale covers a huge range of items, which can vary from family photograph albums of travels in the Middle East, to last year’s top lot, The Hawking Party by Henri Rousseau. The 1928 painting depicts the sport of ‘falconing’ in Morocco - a favourite pastime of Rousseau’s and a key part of North African life at this time - which sold for a staggering £18,750, including Buyer’s Premium. 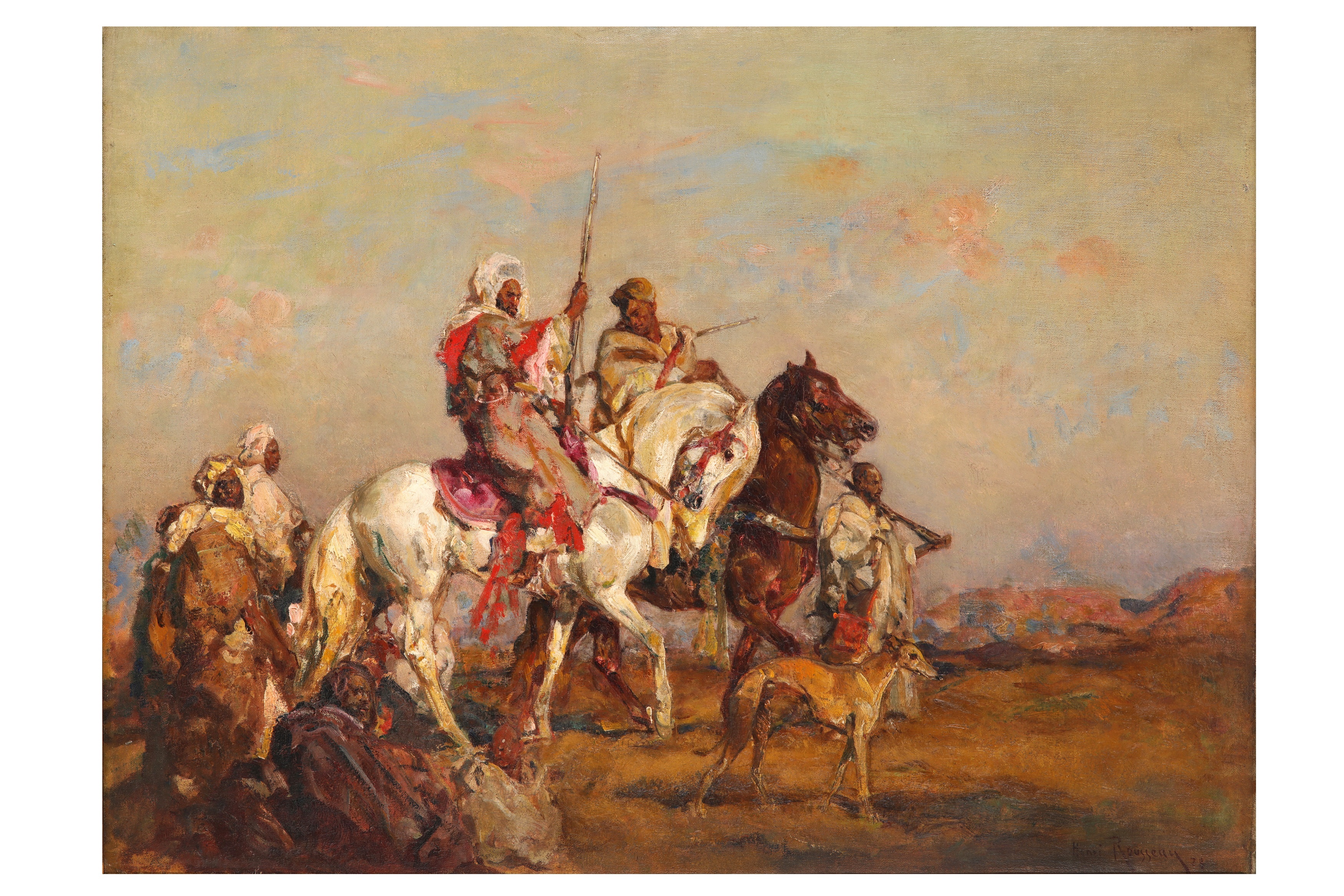 This year’s sale includes a set of two pietra dura panels, tile-sized black stones, inlaid with a variety of colourful hardstones including jaspers, marbles and agates, portraying pairs of figures in conversation and showing a mix of Western and Eastern fashions. The complex decorative art of pietra dura inlay is a technique in which highly polished coloured stones are cut and fitted onto a hardstone panel to create images, first seen in Ancient Rome.

“These two pietra dura panels are a wonderful example of the goût turc and the fascination with Ottoman costumes and traditions spreading throughout Europe in the 18th and 19th centuries,” said Beatrice Campi, Head of Islamic & Indian Art.

“Their subjects may be inspired by the Ottoman world, but the technique with which they were produced digs its roots in the West, most precisely in Italy.”

“Already by the first half of the 17th century, smaller objects produced by the Opificio were widely diffused throughout Europe and the Ottoman Empire, and as far East as to the court of the Mughal Emperors, showing the craze and fascination for this artistic production.”

The 19th century also welcomed a new way of documenting these trips: photography, as seen across various lots in our 19th & 20th Century Fine Photographs sale, on Wednesday 1 December.

There’s a set of over 100 magic lantern slides taken in Turkey during the 1890s, from a number of late 19th century photographers, including Ferrier & Soulier and R&J Beck. They show street scenes in Istanbul, with the local people, architecture and archaeological views, snapshotting the exploration of these foreign lands.

Books also became essential in sharing knowledge with those back home – from both individual stories to more academic purposes, for anthropologists and journalists. Although colour printing had been around for a few centuries, the 19th century was a key era for the development of methods of printing in colour.

Our Fine Books and Works on Paper sale on Tuesday 9 November includes a second edition of Pompeiana: The Topography, Edifices, and Ornaments of Pompeii, originally written by Sir William Gell, an archaeologist, and John P. Gandy, an architect, in 1821. The book was written to detail important findings that had been made by the original excavators of Pompeii, which, until that point, had not yet been done in English. This second edition copy includes 92 original illustrations, including four coloured maps and plans, 26 watercolours, 46 ‘sepia’ wash illustrations, and 16 pen, ink, and pencil images, and has an estimate of £8,000 – 12,000. 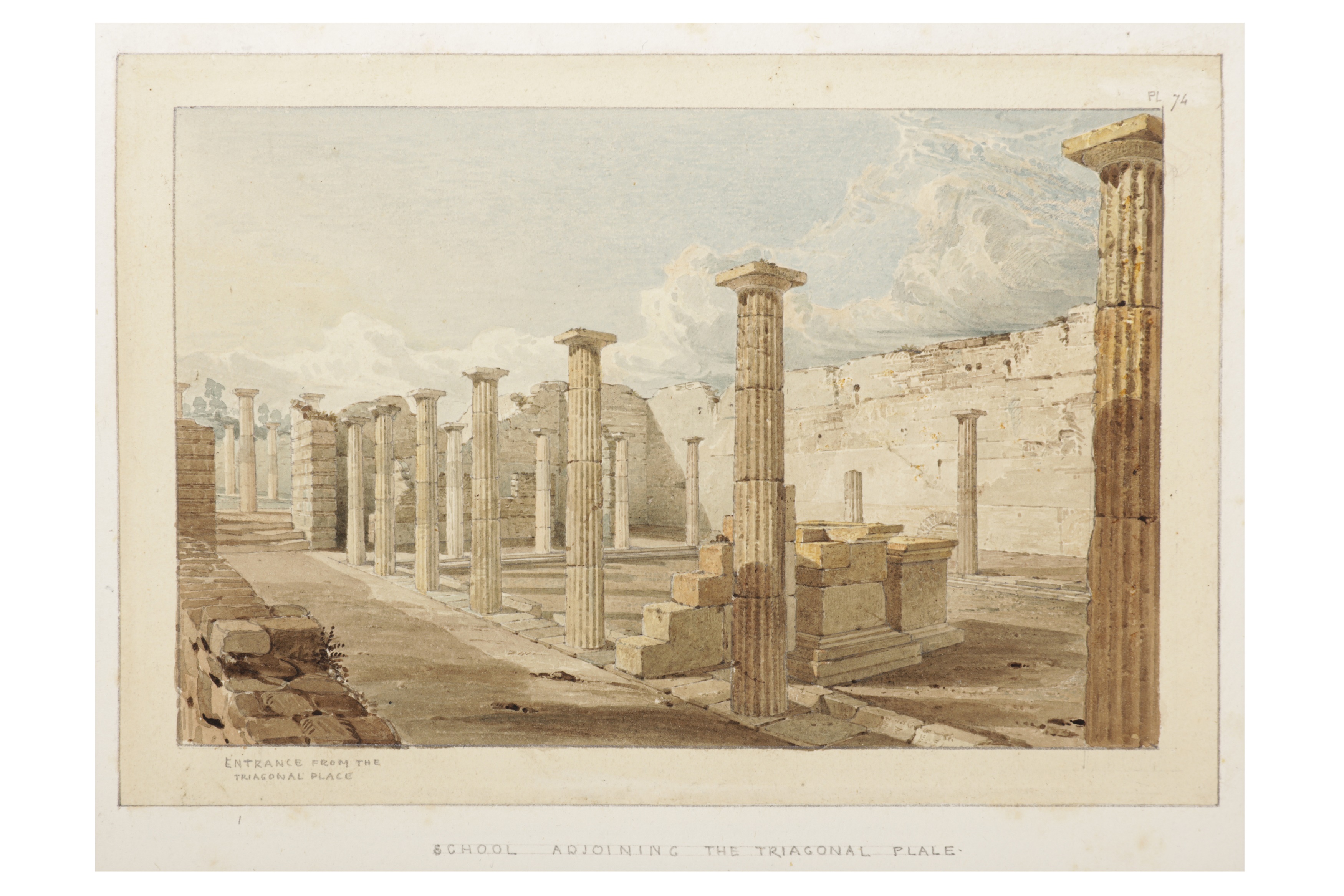 Pompeiana: The Topography, Edifices, and Ornaments of Pompeii

Whilst the 19th century was a key time for development in both travel and new artistic mediums, the excitement and lure of travel continues to inspire modern and contemporary artists. In our third Modern & Contemporary Middle Eastern and African sale, on Friday 29 October, we have a number of paintings themed around boats on the River Nile, including works by Usama Nashed and Hidayet Chiraz, which was previously from the collection of Mohamed Said Farsi. 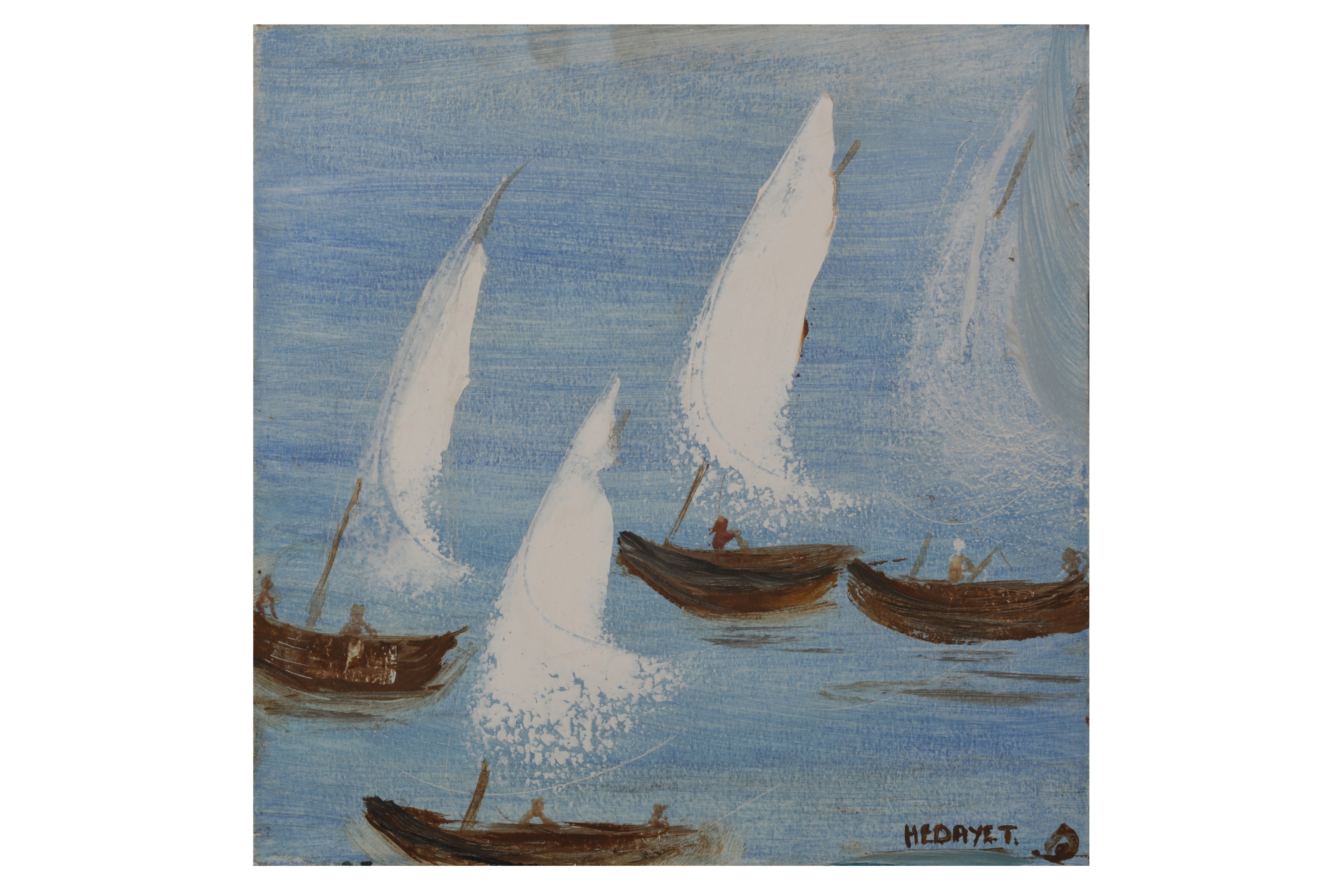 As the Greek writer Herodotus said, “Egypt is the gift of the Nile”; the Nile - and Nilotic landscape - has long been a source of inspiration, in art, culture, religion and literature.

"We are delighted to offer this selection of four works featuring the Nile in our forthcoming auction. Each artist provides their own vision of this essential resource and the integral part the river plays in the vitality of the country," said Head of Department, Janet Rady.