Was Jeff Hoare the ultimate watercolourist? The self-acclaimed ‘original sea painter’, for more than fifty years he perfected the art of immersing his canvases in the sea in Folkstone, using the draw of the tide, the drag of sand and shingle, and flotsam and jetsam on the water’s surface to create sumptuous abstract compositions that explode with intense colour harmonies. 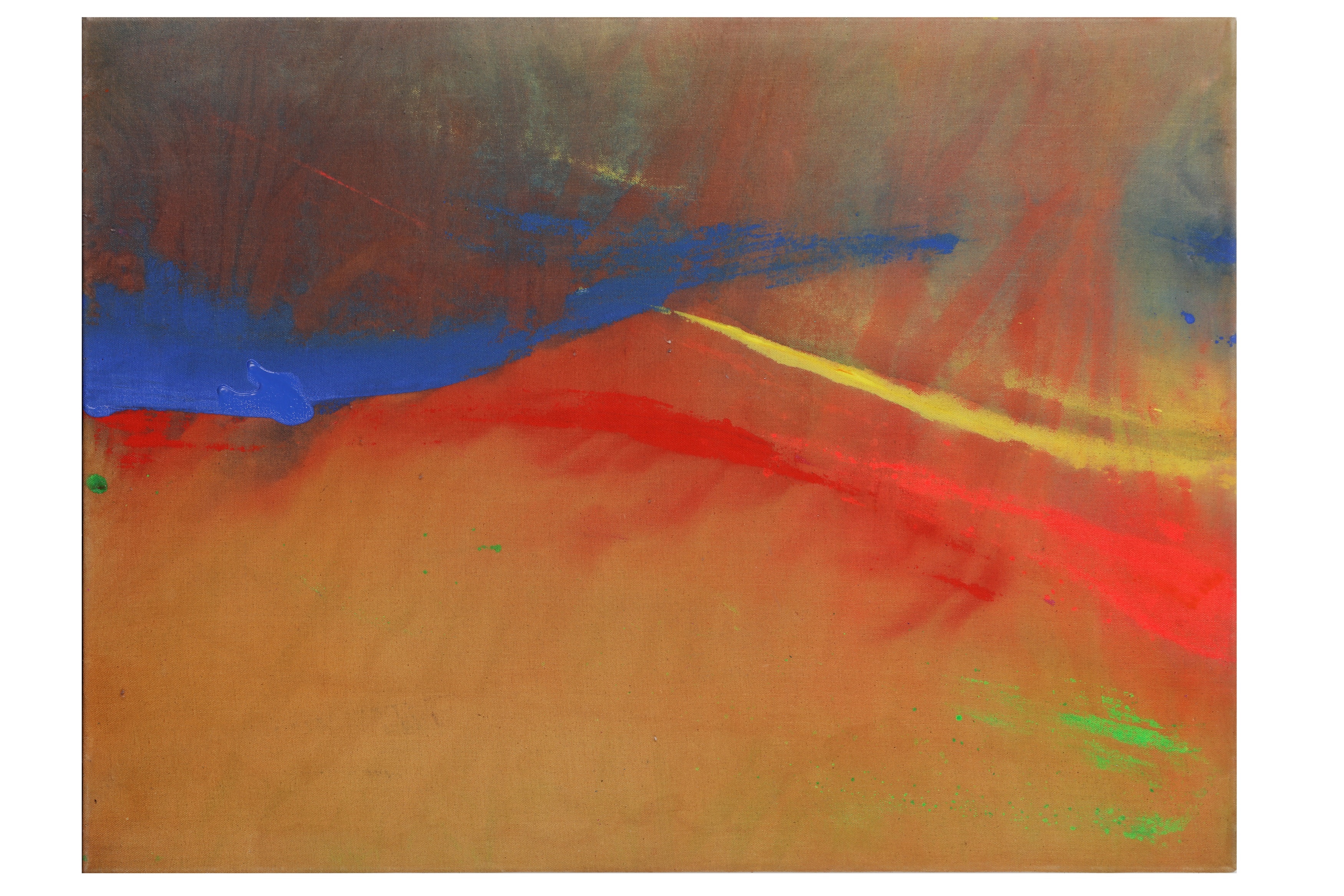 Describing his highly innovative working methods, The Times commented: ‘If you were walking at dawn or dusk along the Folkstone shingle in Kent you might have come across Jeff Hoare. In rain or shine, the larger-than-life artist would be pouring brightly coloured acrylics across a vast canvas that he manipulated in and out of the sea so the paintings were shaped by the ebb and flow of seawater.’ (The Times, 7 December 2019). Of his technique Hoare himself noted: ‘…the end result is abstract and vibrant, with subtleties of change caused by the melding of waves and colours which reflect the sea itself.’ 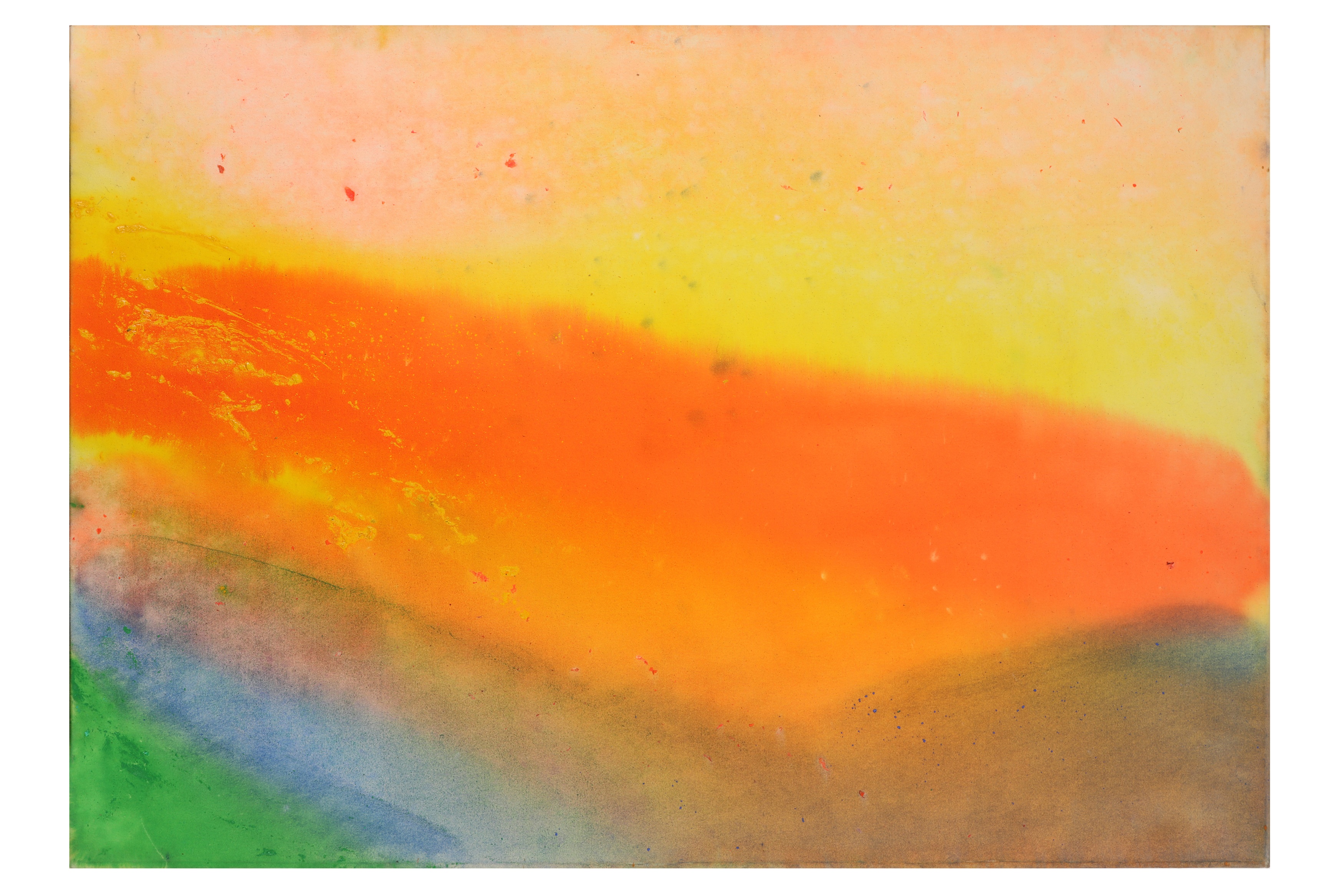 Hoare had first grown to appreciate the power of the sea in the navy during the Second World War. He studied painting under Ceri Richards and Robert Medley, and attended the Royal College of Art with Julian Trevelyan. But it was the time he spent in the USA in the late 1960s that proved truly transformative. While teaching at the universities of Illinois and Arizona he came to appreciate the freedom and boldness that characterised American Post-War art. The experience liberated his approach to colour, and his use of much larger canvases on which to fuse his instinct for the colour spectrum with his love of Nature.

Hoare (1923-2019) lived and painted in Strand-on-the-Green, Chiswick, for some 60 years, and five large abstracts – his signature style – each pulsating with colour, and two vibrant figurative compositions are a highlight of our Interiors, Homes and Antiques sale on Thursday 17 June.