How a Camera Flash became Star Wars’ Most Famous Prop

Props from the Star Wars film series are legendary and immediately recognisable; even if you have never seen the films yourself you will be familiar with Darth Vader’s helmet or Luke Skywalker’s lightsaber at the very least. The original props were cleverly crafted on a minuscule budget for Episode IV – A New Hope from the most unexpected of objects. The use of photographica items in the prop creations has resulted in a surprising war between Star Wars and Photography collectors, battling it out at auction and online to get a chance to own one of these rare objects. 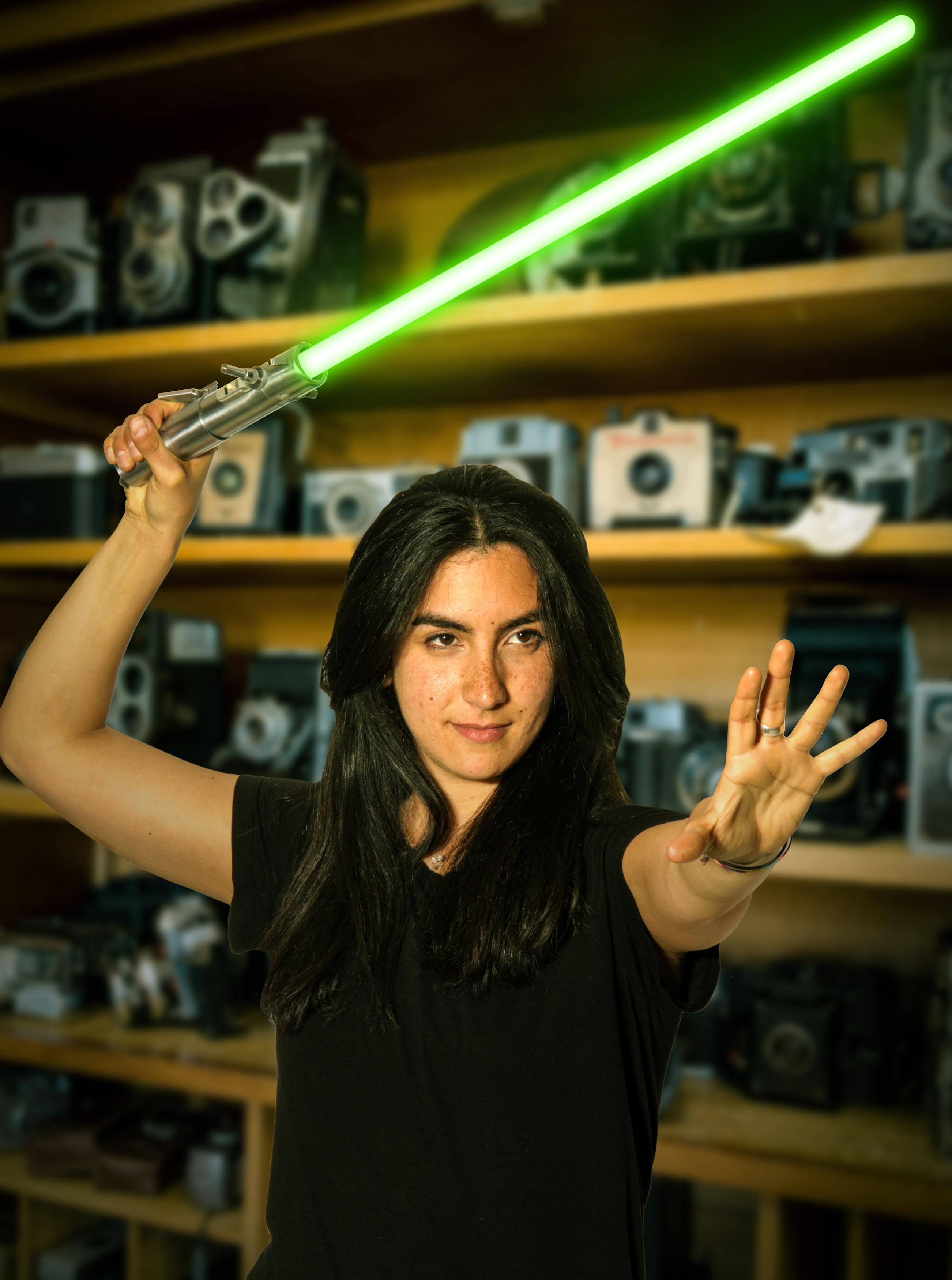 Director George Lucas was adamant that the props in the film ‘Episode IV – A New Hope’ should feel lived in and used and suggest a sense of history, so to achieve this effect set decorator Roger Christian scoured antique dealers and charity shops for props. In a tiny photography shop on Great Marlborough Street in London, under a layer of dust he discovered one item of photographica that would become one of the most recognisable props in cinema history. The 1940’s Graflex camera, with a 3-cell flash gun, was chosen by Roger as the basis for Luke Skywalker’s lightsaber, and with a few modifications converted it into the iconic movie weapon that we now know and love. To create the recognisable luminescent blade of the lightsaber, it was painted with blue projection material and when a light shined on it, it would glow, allowing for those dramatic fight scenes between Darth Vadar and Luke, such as the duel on Cloud City, to look dynamic.

One of the two original lightsaber handles was built by Roger Christian for about US$15. It is a testament to the popularity of the series when it was sold in 2012 to the Seattle Museum of Pop Culture for $250,000, making it one of the most expensive movie weapon props ever sold!

Since Star Wars has become a worldwide pop-culture phenomenon, photography collectors have found it increasingly difficult to get hold of Graflex flash handles as prop collectors have snapped them up wherever they come up on the market. An original can now be sold for hundreds, if not thousands of pounds. Serious collectors use third party workshops who take a Graflex camera and adapt it to look like an accurate lightsaber. Some workshops have even sold directly to Disney, which can retail at US$15,000. It is unlikely that Graflex cameras will decrease in value anytime soon with the re-emergence of Luke’s lightsaber in the recent Star Wars films including Star Wars: Episode VII – The Force Awakens.

Appealing to both the Star Wars superfan and the avid photographica collector, we had a pair of flash heads, similar to the ones that Roger Christian would have found in the photography shop in the 1970s, in our Photographica & Stereo sale in May, which sold for £188 including Buyer's Premium.

For more information on the flash heads or any other Photographica lots, get in touch with Head of Department, Austin Farahar.

Article updated in October 2021 to include sold for prices.