Leading the Book and Manuscript section of the sale is a remarkably well preserved archive of approximately 200 autograph letters and documents relating to the Sandford family of Sandford Hall in Shropshire. Dating from between 1604 and 1777, the letters concern everything from the day to day running of the estate – the importation of cattle from Ireland, the trimming of hedgerows, the relative merits of servants – to more weighty political matters, with many referring to the King and to Parliament. Some are sent from Dublin – with rare post marks – and others from Bath and Chelsea. A love letter is addressed to the writer’s “Sweete Harte ... my dearly beloved paramour.” This fascinating record of life in England and Ireland in the 17th and 18th centuries is estimated at £4,000-6,000 (lot 197).

Other highlights of the sale include:

Lot  11: Ridinger, Johann Elias. A Collection of 124 exceptionally fine engravings of wild and domesticated animals printed in Augsburg in 1780, including a remarkably athletic hippo and a sea lion whose facial expression has to be seen to be believed. Estimate: £700-1,000 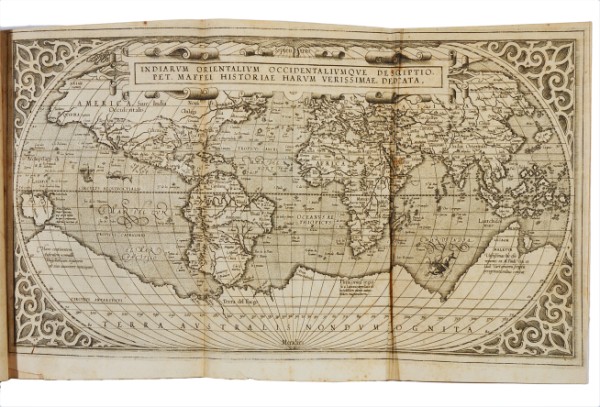 Lot 17: Birket, John. The God-father’s Advice to His Son. London: 1699. Exceptionally finely bound in contemporary red morocco elaborately decorated in gilt, with charming contemporary inscriptions from one
“Bridgett Dixie”, an early owner of the book. This is one of those occasions when a binding is probably more interesting than the book inside! Estimate: £300-500

Lot 27: Tomkins, Petro William (engraver). [The Birth and Triumph of Cupid]. London: 1795-1823. 24 fine stipple engraved plates, some with decorative borders cut out and laid down. Contemporary burgundy morocco. There is something heartrending about these little engravings which chart the mixed fortunes of Cupid. Some of the captions – “Going Alone”, “In Vexation Breaks his Bow”, “Turns away in Dispair [sic]” – give you an idea of the sort of day he’s having. All ends well, however: the last engraving is titled “Uniting the Hearts.” An utterly charming, and very scarce, collection. Estimate: £500-800

Lot 34: Philosophical Transactions of the Royal Society, for the year MDCCC. London: 1800. Including Volta’s paper On the Electricity excited by the mere Contact of Conducting Substances, THE FIRST ANNOUNCEMENT OF THE ELECTRIC BATTERY, and a number of important papers by Herschel. Contemporary calf. Testifying to its importance, Volta’s paper is included in “Printing and the Mind of Man” (usually shortened to “PMM”), a catalogue of the most significant books in the history of science and ideas. Estimate: £300-500

Lot 118: Hockney, David. Large one page autograph letter to a child, with the original envelope, both with each letter written in a different colour, 1965. Estimate: 2,000-3,000 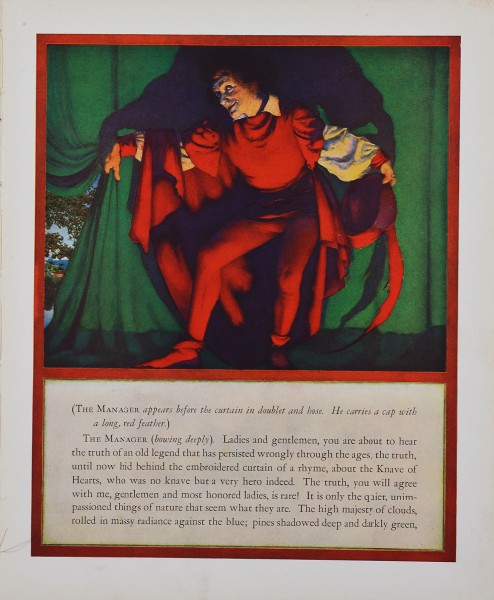 Lot 164: Parrish, Maxfield. The Knave of Hearts. New York: 1925. Spectacular coloured illustrations by Maxfield Parrish. Original pictorial cloth. Maxfield Parrish is perhaps better known in America than he is over here: the original of the stunning illustration which features on the back cover of the catalogue, “The Manager Draws the Curtain”, recently sold at auction in New York for $1,000,000. Estimate: £300-500

Printed Books, Manuscripts and Maps are lots 1 - 200, Fine Antiques and Art start at lot 201 and will continue throughout the rest of the day. This sale is available as an illustrated catalogue and is a LIVE on-line auction, please go to our website for more information.