A Sneak Peak at our Upcoming Jewellery Auction

From rare gemstones to classic designers and an antique bangle with a royal past, we take a brief look at a few highlights from our much anticipated Jewellery auction coming up in October.

This delicate chain is characteristic of workmanship of the late 1820s and 1830s. The preceding decades had been war-torn, so there was a general shortage of gemstones and diamonds. Jewellery makers, therefore, utilised new techniques to catch the eye and compensate for the lack of gemstones. The chain has a fine geometric pattern on every single link, which allows the chain to reflect the light and coruscate beautifully.

A gold Love bangle by Aldo Cipullo for Cartier

Cartier’s most successful piece is the ‘Love’ bangle. Designed by Aldo Cipullo in the late 1960s, it was his first creation when he joined Cartier. Originally the bangles were sold as 'his and her’s' pair and became synonymous with commitment. Cipullo designed these hard to remove bracelets as a tangible symbol of devotion, one which couldn’t just slip off but remained with you always.

A ruby and diamond bombé ring, circa 1950

Historically, the most important deposit for rubies came from Mogok, Burma and if left untreated were even more sought after than their counterparts. This bright and lively stone has a fine open colour of a purplish-red hue. The ruby is set in a mount detailed with calibré cut rubies and brilliant-cut diamonds.

An enamel Art Nouveau brooch, by Masriera y Carrera, circa 1915-20 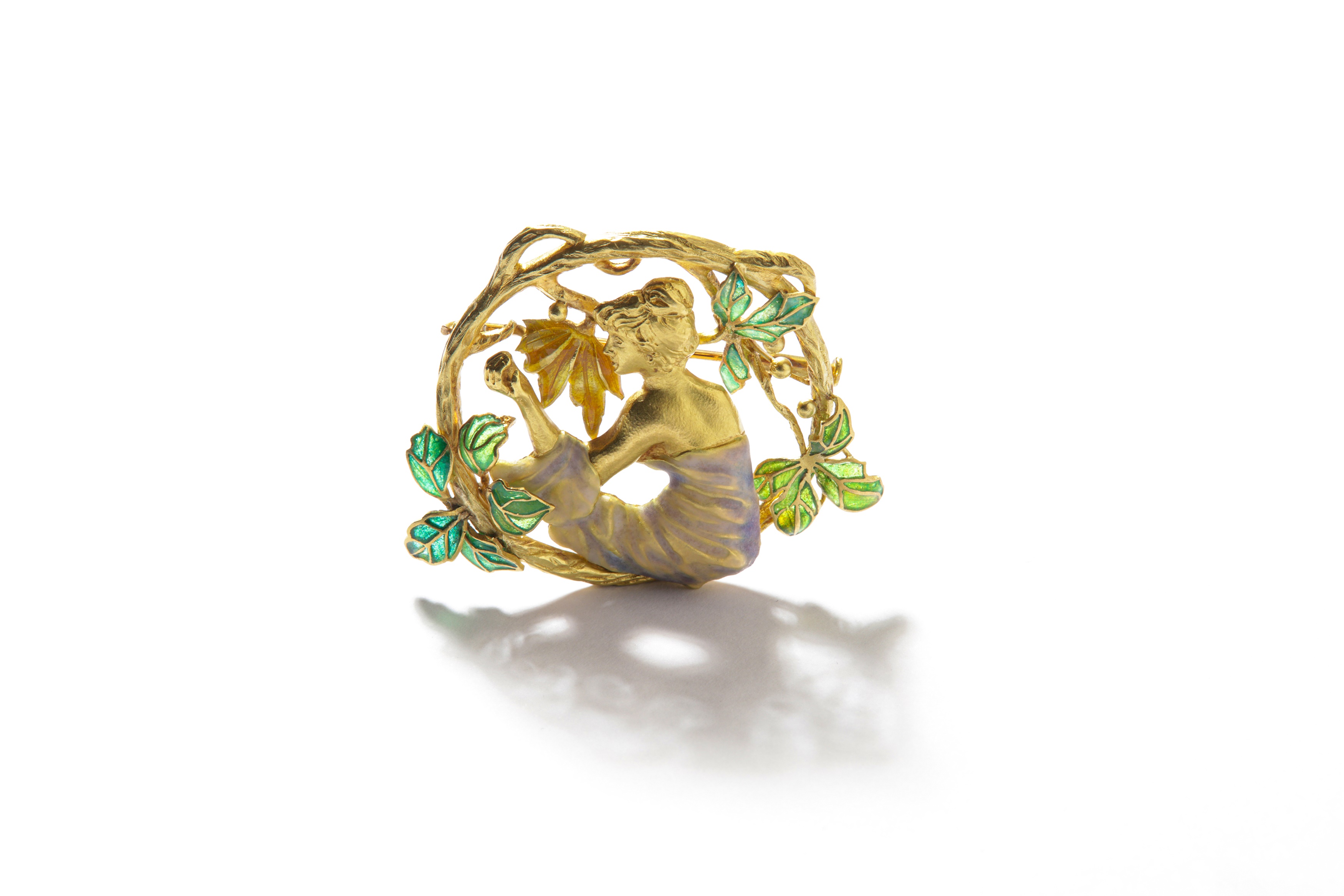 At the start of the 20th Century, Barcelona was the nucleus for Modernisme, the Spanish Art Nouveau style. Naturalistic themes and the female form were common in this artistic period. In 1915, two of Spain’s most prominent jewellery houses merged together to form Masriera y Carrera. The firm of Carrera was founded in 1766 and is one of the oldest Spanish goldsmiths. The firm's output of Art Nouveau style jewels was limited to a brief period of 1915-20, making this a rare surviving example.

An emerald and diamond cluster ring 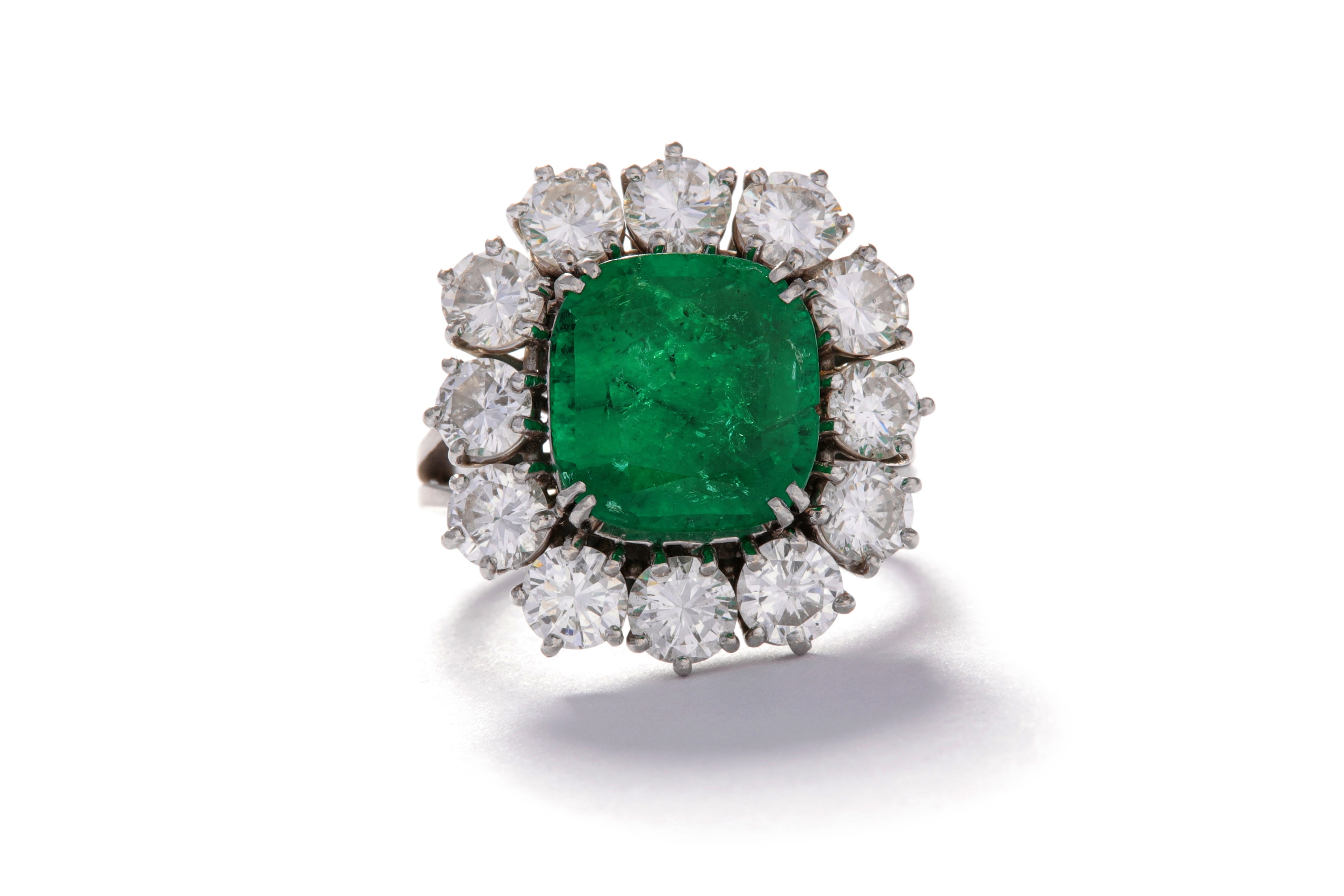 The primary factor for value in an emerald is the colour, even more so than other gemstones. This is mainly because emeralds almost always show inclusions visible to the naked eye. This characteristic is called the ‘Jardin’, or garden, of the emerald. Columbian emeralds are favoured because of their warmer and often more intense pure green colour. This Colombian stone displays the characteristics typical for a fine emerald.

A fleur-de-lys sapphire and diamond brooch, circa 1890

The fleur-de-lys or lily is one of the most prevalent themes in French iconography and has been associated with both royalty and saints alike. This antique brooch was previously part of the private collection of a European royal. The fleur-de-lys is frequently seen in regal jewels and it's probable that this brooch, set with a natural sapphire and diamonds was once part of a large jewel, possibly a tiara.

This bangle was a gift from Queen Victoria to Lady Jemima St Germans. The St Germans hosted the royal family between August - September 1853, while they visited The Great Industrial Exhibition which was held in Dublin, Ireland. On the evening of the 3 September, the date engraved on the bangle and the last night of their stay in Dublin, the two families dined together on the royal yacht. Queen Victoria refers to it as '...a gay fine evening'.

This bangle is characteristic of the mid-19th century trends in jewellery and hints at the Celtic Revival which began at the Exhibition.

A multi-coloured sapphire and diamond necklace and earrings 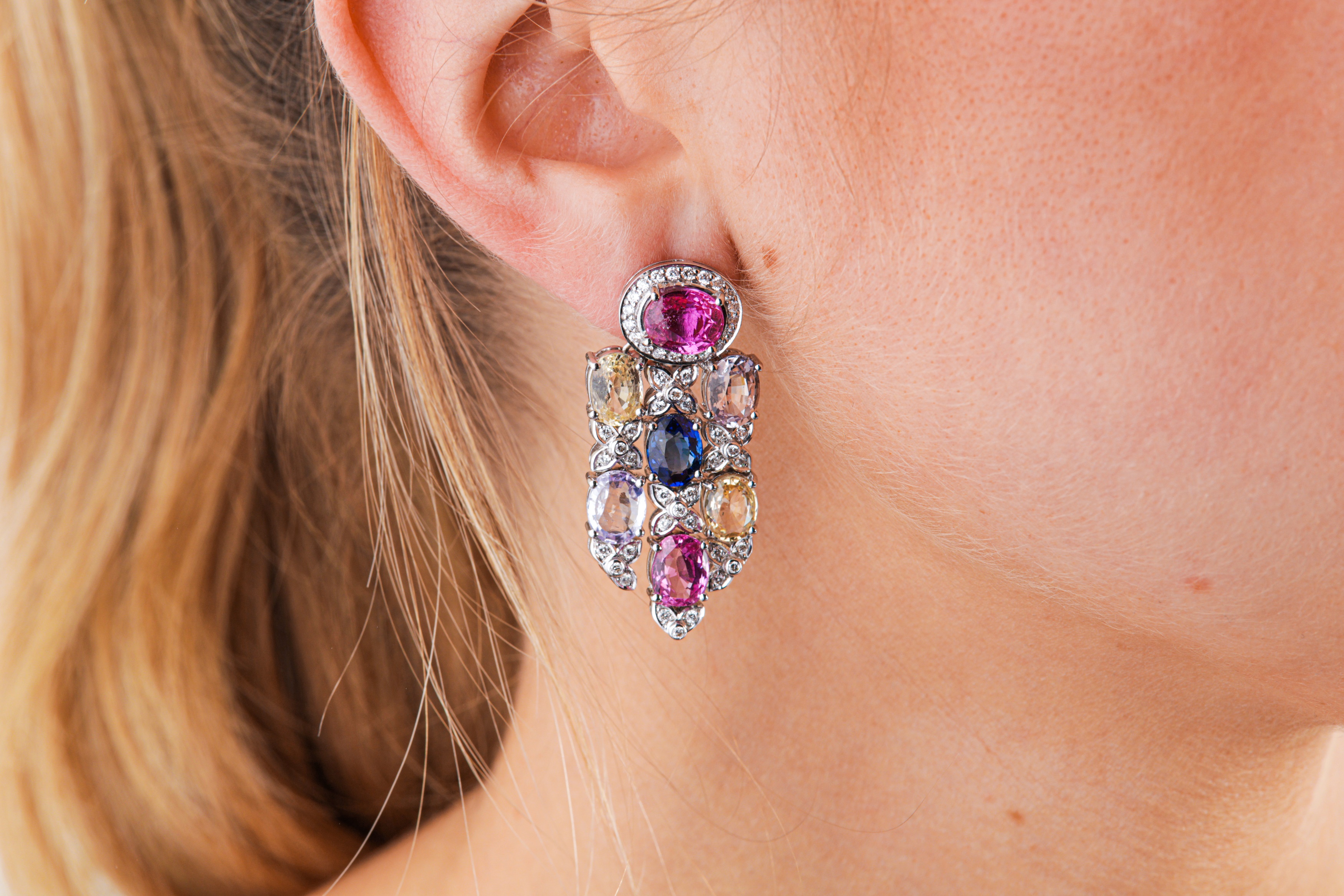 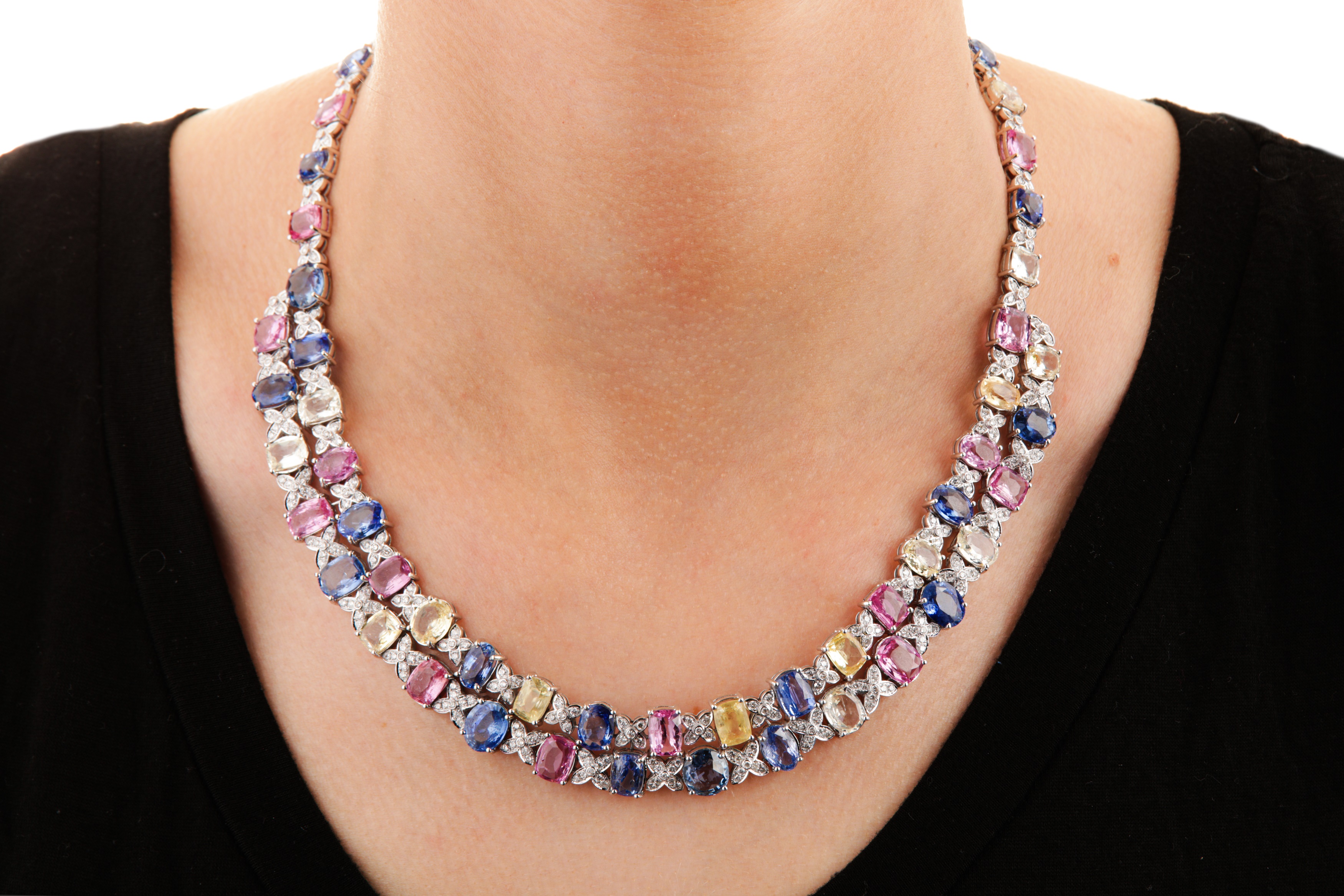 This impressive collection of multicoloured sapphires demonstrates how versatile sapphire’s colour can be. While blue is the colour most commonly thought of, sapphires actually come in a wide range of hues including pink, green and yellow.

An ancient myth claimed that exposure to the sun caused sapphire’s glorious blue colour and the longer the stones 'ripened' under the hot rays, the more their hues intensified. The sapphire’s colour is actually caused by different trace elements in their chemical structure; blue when iron and titanium are present while other colours like pink are caused by the right amount of chromium. Although if there is too much chromium, it becomes a ruby instead of a pink sapphire.

For more information on any of the lots detailed above, contact Head of Jewellery, Sarah Duncan.