The Visionary Man Behind the Easel: an Insight into Bruno Caruso’s Life and Collection

"When I die I want my ashes to be scattered in the road amongst the passing cars. I don't think about how I will be remembered, I've just tried to live my life doing everything as best as possible, even though I know I’ve often fallen short." 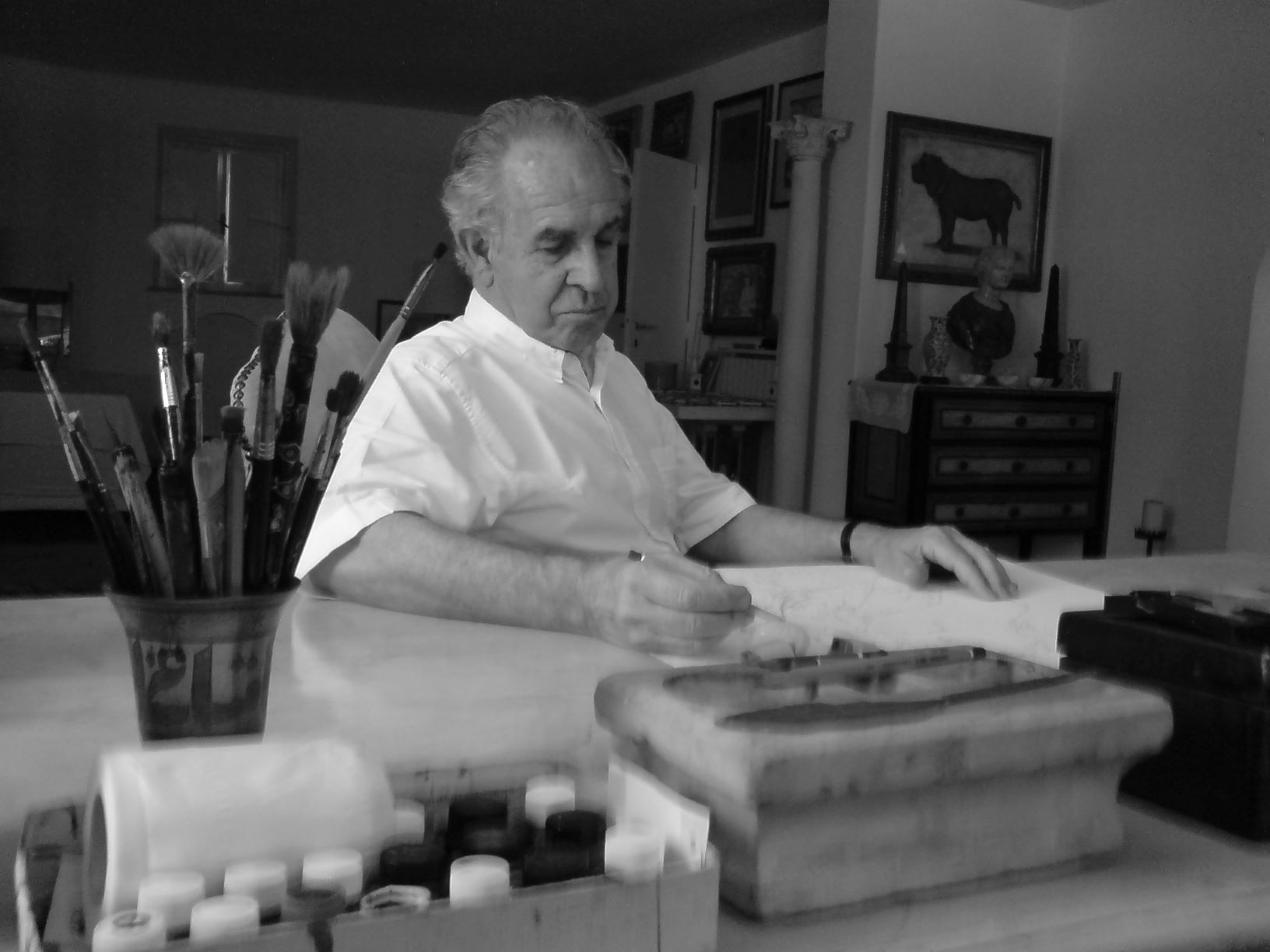 Bruno Caruso (8 August 1927 – 4 November 2018) was an influential Sicilian artist, illustrator, graphic designer, writer, political satirist and private collector. His works focused on the moral, political and ethical flaws and dilemmas of the 20th century. During his extensive travels, he collected numerous artworks and objects filling his home in Rome with intrigue and colour. 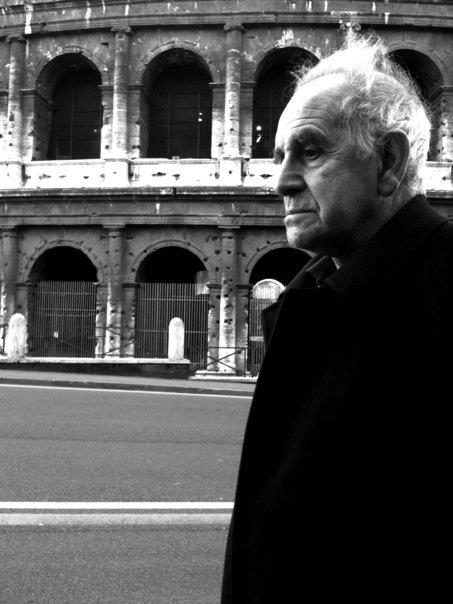 He spent most of his adult life in Rome, a city he truly loved – and it’s no wonder really, his house was just in front of the Colosseum. That said, as the saying goes, “you can take a boy out of Sicily, but you can’t take Sicily out of a boy”. Palermo was the city where he was born, his Alpha, and where he started drawing at the early age of five, under his father’s supervision. His first collection of drawings was completed in 1931–32: a bestiary featuring 'Il Cane' (1932), a meticulously crafted drawing of a dog, textured by needlepoint. His early inspiration stemmed from the works of great Italian Renaissance masters, such as Leonardo da Vinci, Pisanello and Mantegna. But the young Bruno was not blind to the Spainish Civil War and WWII, that had ravaged the Western world in the first half of the 20th century. Politics, ethics and conflicts soon became the core fuel of his artistic works. Over the years, his sharp and disenchanted eyes would translate the horrors he witnessed into engaging artistic visions and pictograms. 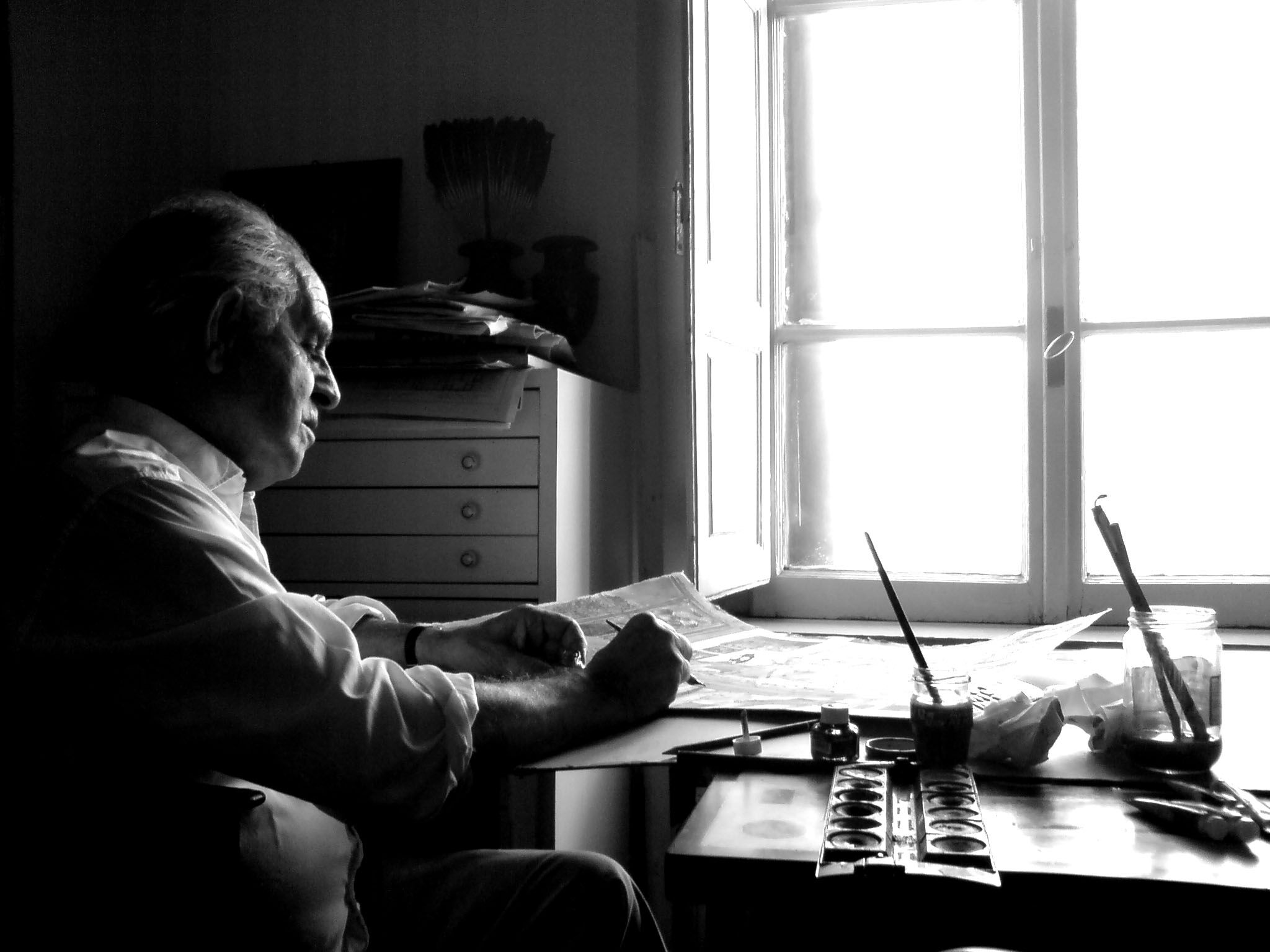 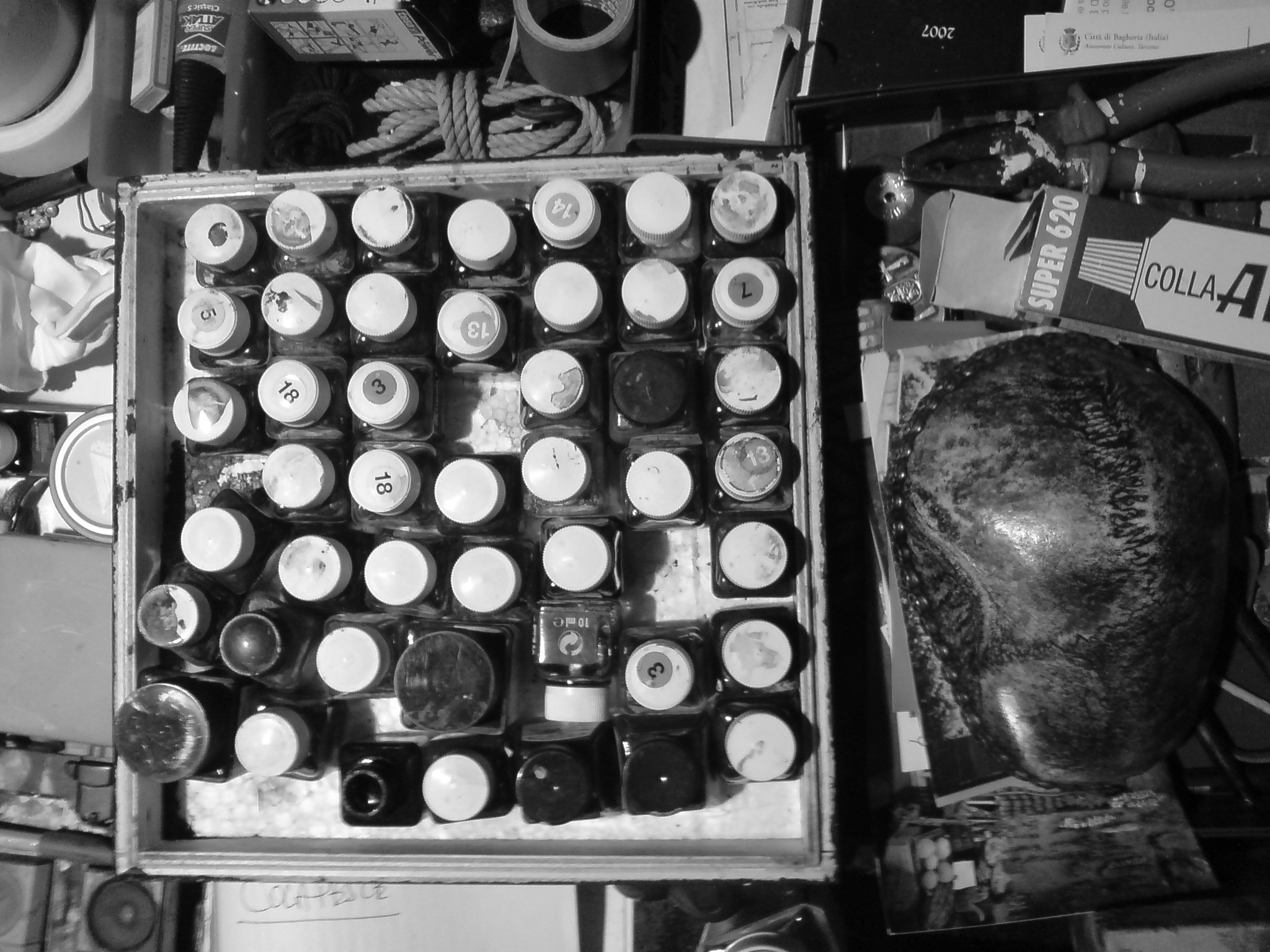 Indeed, Bruno wasn’t a mere aesthete, an artist in Oscar Wilde’s terms believing in art for art’s sake. For Bruno, art was a means of speaking out and being heard; it was a tool he could use to lift the veil of Maya from over the eyes of Western society; finally, it was a medium through which he could question the beholders and critique the status quo.

In 1948, he set on a journey through Paris, up to Prague, Munich, and Vienna, befriending Thomas Mann and Jean Paul Sartre. Around this time, he completed his second collection entitled 'Deutschland uber alles' and inspired by George Grosz, whose works he had seen at the Kunsthistorisches Museum in Vienna. Upon his return to Palermo, he dedicated his third collection to the depiction of local farmers, who were fighting for their land rights. He also fiercely campaigned for the cultural emancipation of Sicily, battling against the rise of the Mafia and trying to halt political corruption.

In the mid to late 1950’s, Bruno set out on a long journey through Eastern Europe, and across to the Middle and Far East, experiencing the effects of third world poverty, overpopulation and threat of nuclear warfare. He spent long stretches in Syria; visited India, Thailand and Japan; and then moved to Iran to study Persian calligraphy. These travels not only planted the seed for four different collections of drawings [Il Pugno di ferro / The Iron Fist (1962); Pace in terra / Peace on Earth (1963); Totum procedit ex amore (1964); and La Tigre di carta / The Paper Tiger (1964)]; but they were also instrumental in forming Bruno’s collection of Islamic and Indian artworks, instilling the artist with curiosity and awe for the foreign cultures he encountered and their artistic traditions. The first twenty-nine lots to go under the hammer in our Islamic and Indian Art auction, taking place on 22 April 2020, have been gathered by Bruno, over many years, and they reveal a prominent interest in the pictorial and calligraphic traditions of both Iran and India. 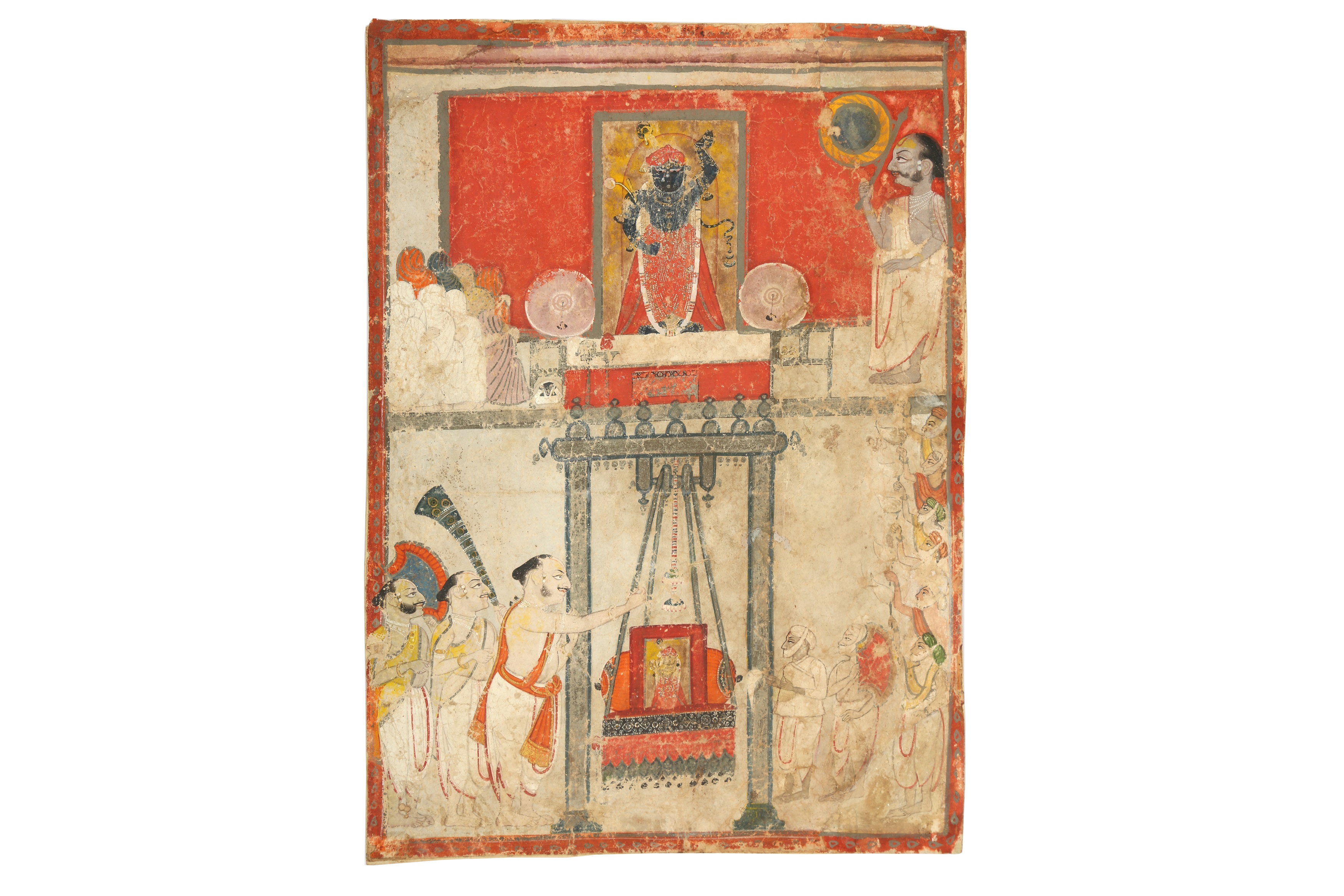 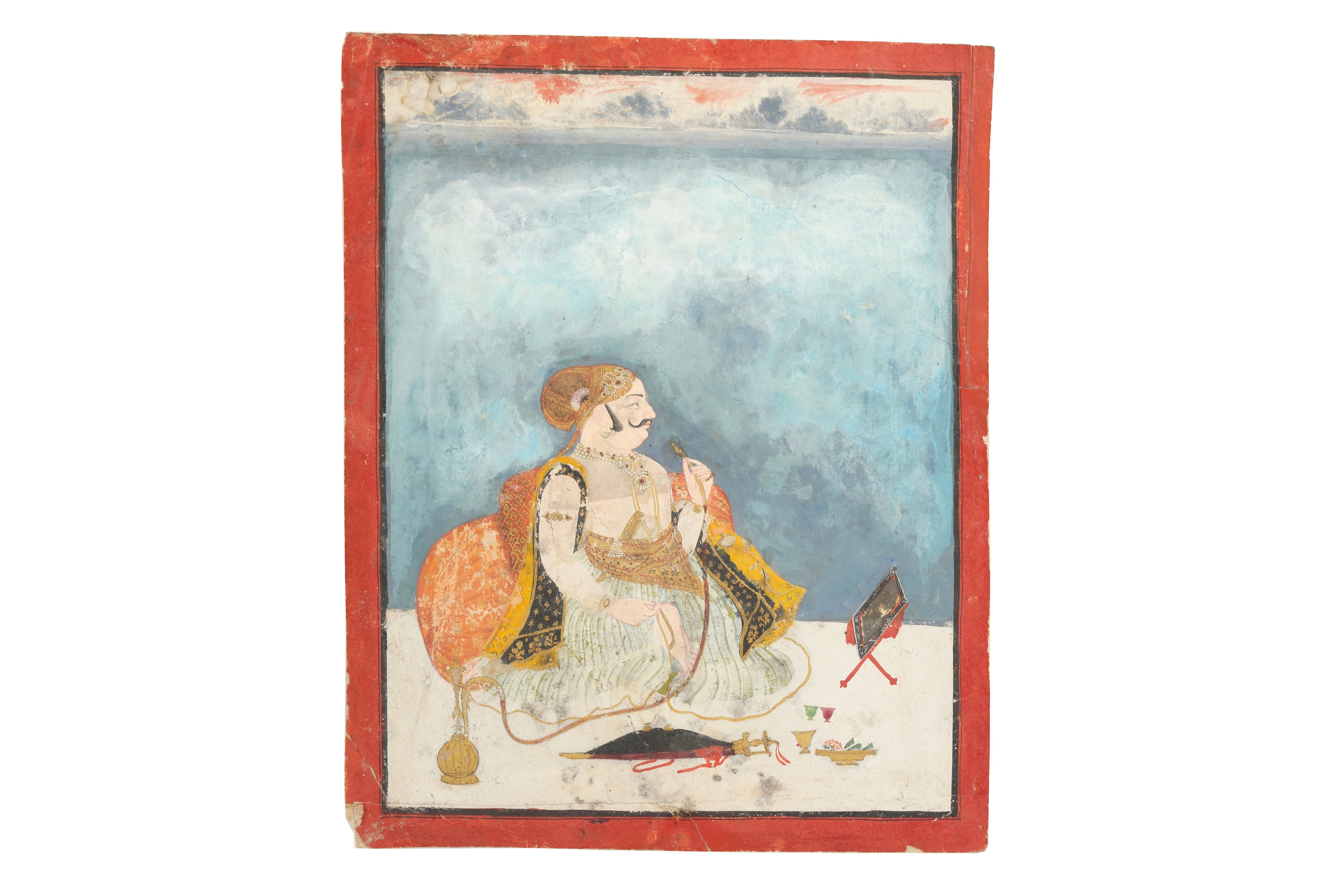 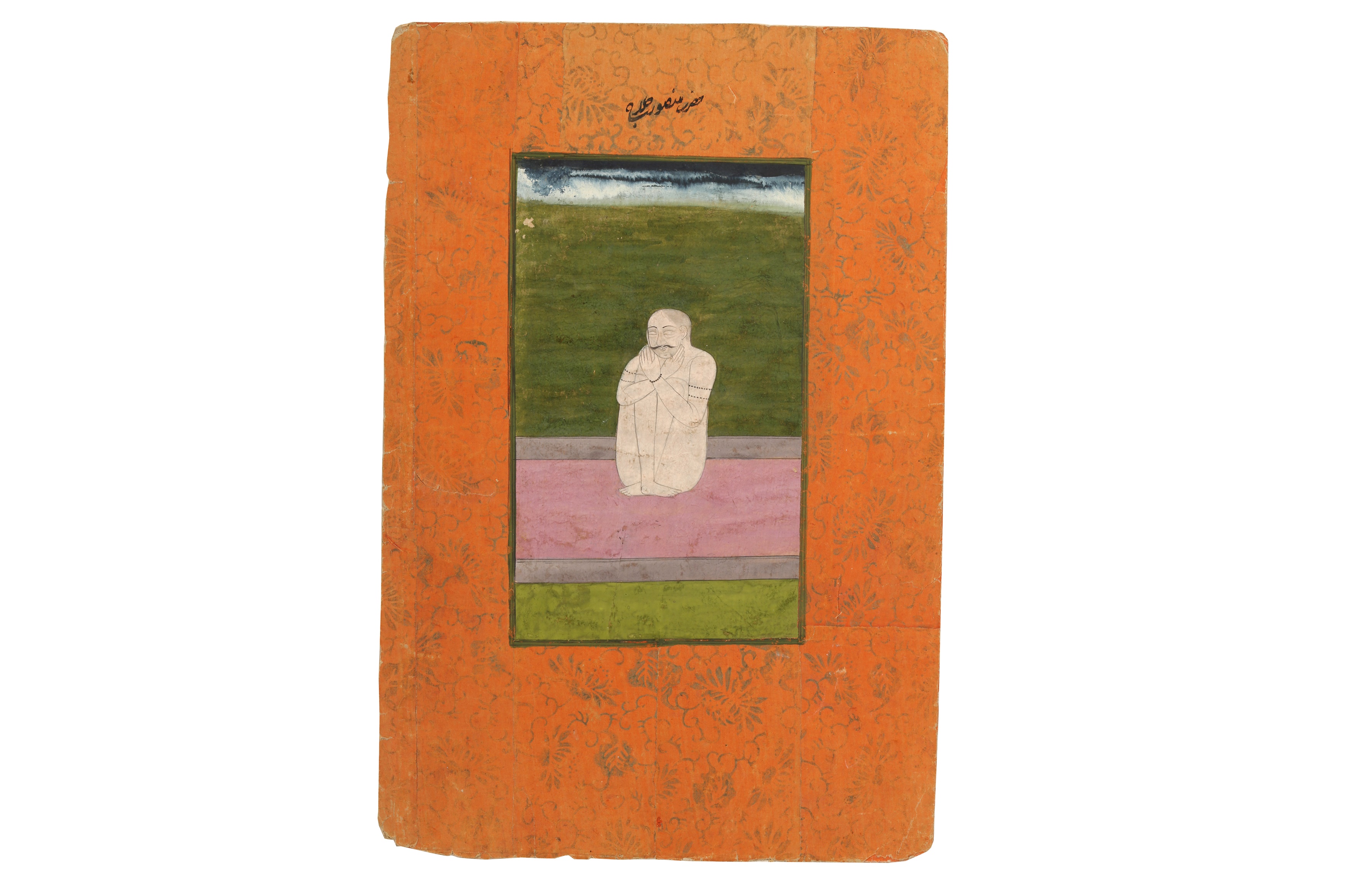 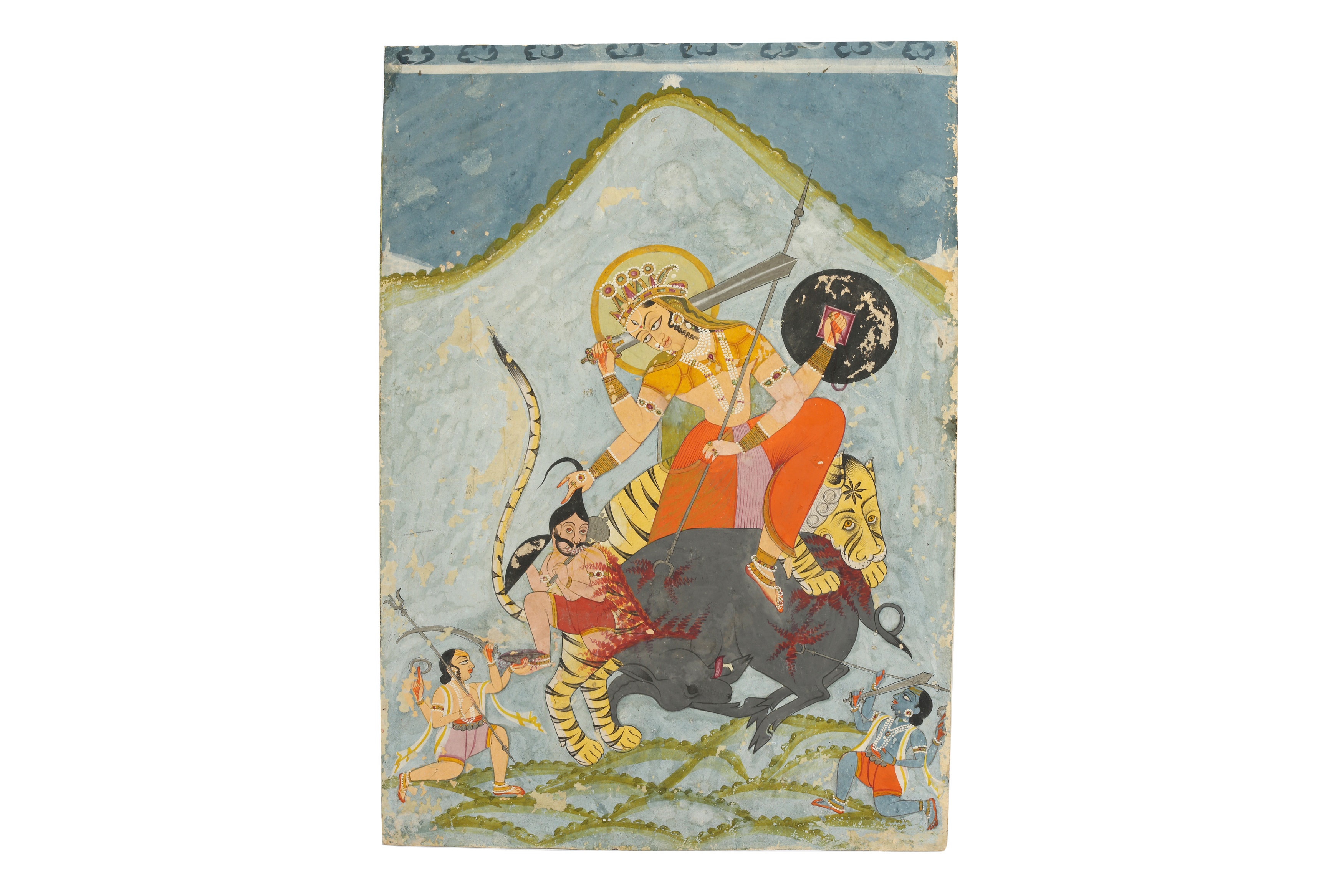 The vast majority of his Indian paintings seem to have been produced in India’s north-western region called Rajasthan (lots 11 – 15, 20 and 22). Among their common features, we can notice the use of bold and vibrant primary colours; the presence of a bright red frame; the rather static, almost photographic composition; and the predilection for equestrian and courtly subjects. 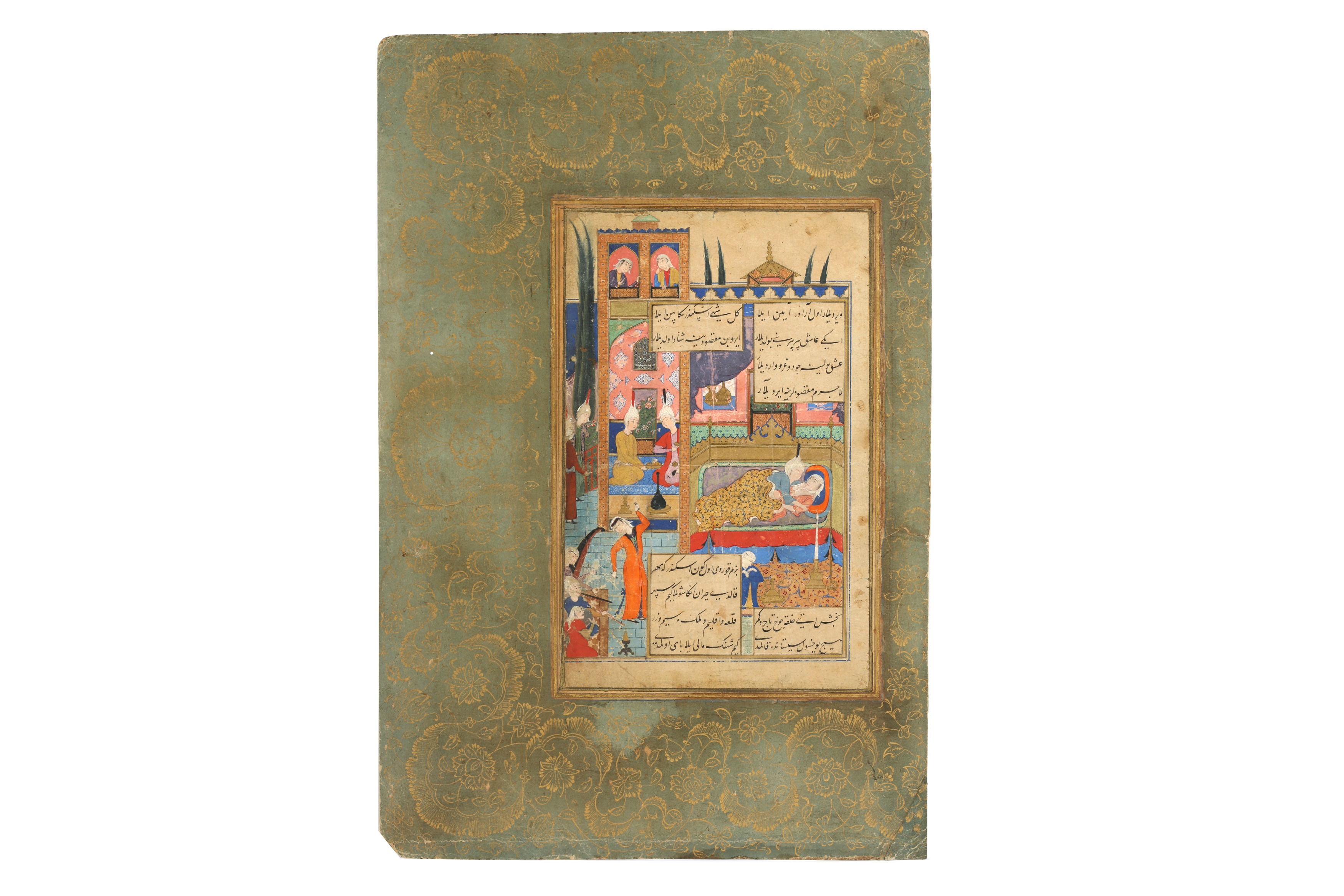 Among his Iranian ‘gems’, one can count not only the Tabrizi muraqqa’ album page (lot 25) and the tender love-making Isfahani couple (lot 26), but also the very collectable Ilkhanid and Kashani star tiles (lots 2 and 3). I personally believe Bruno must have been quite fascinated by the Kashani turquoise glaze because his house’s floor was tiled in exactly the same colour as lot 3. I wonder if he wanted to honour and emulate the Iranian potters in a moment of saudade? 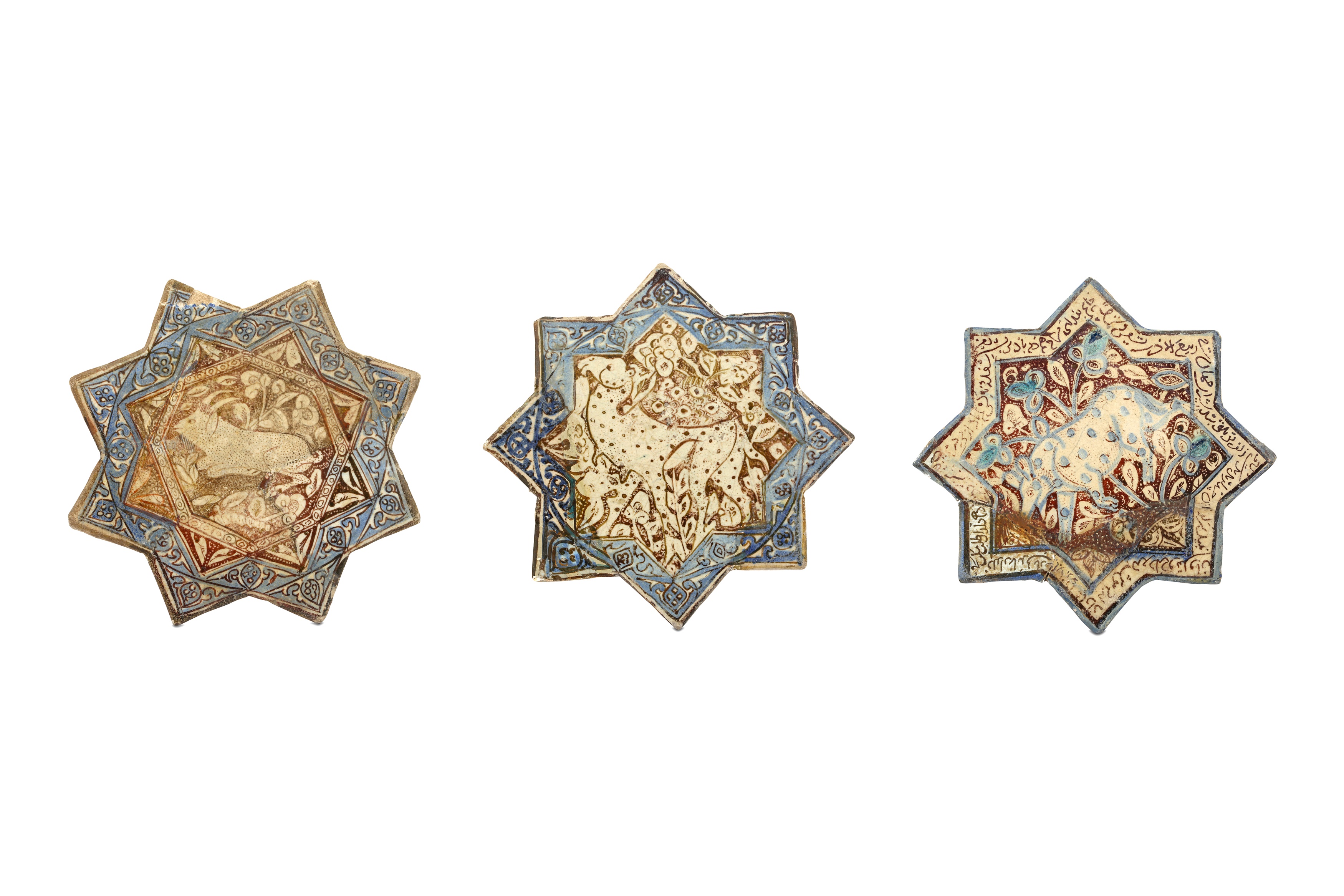 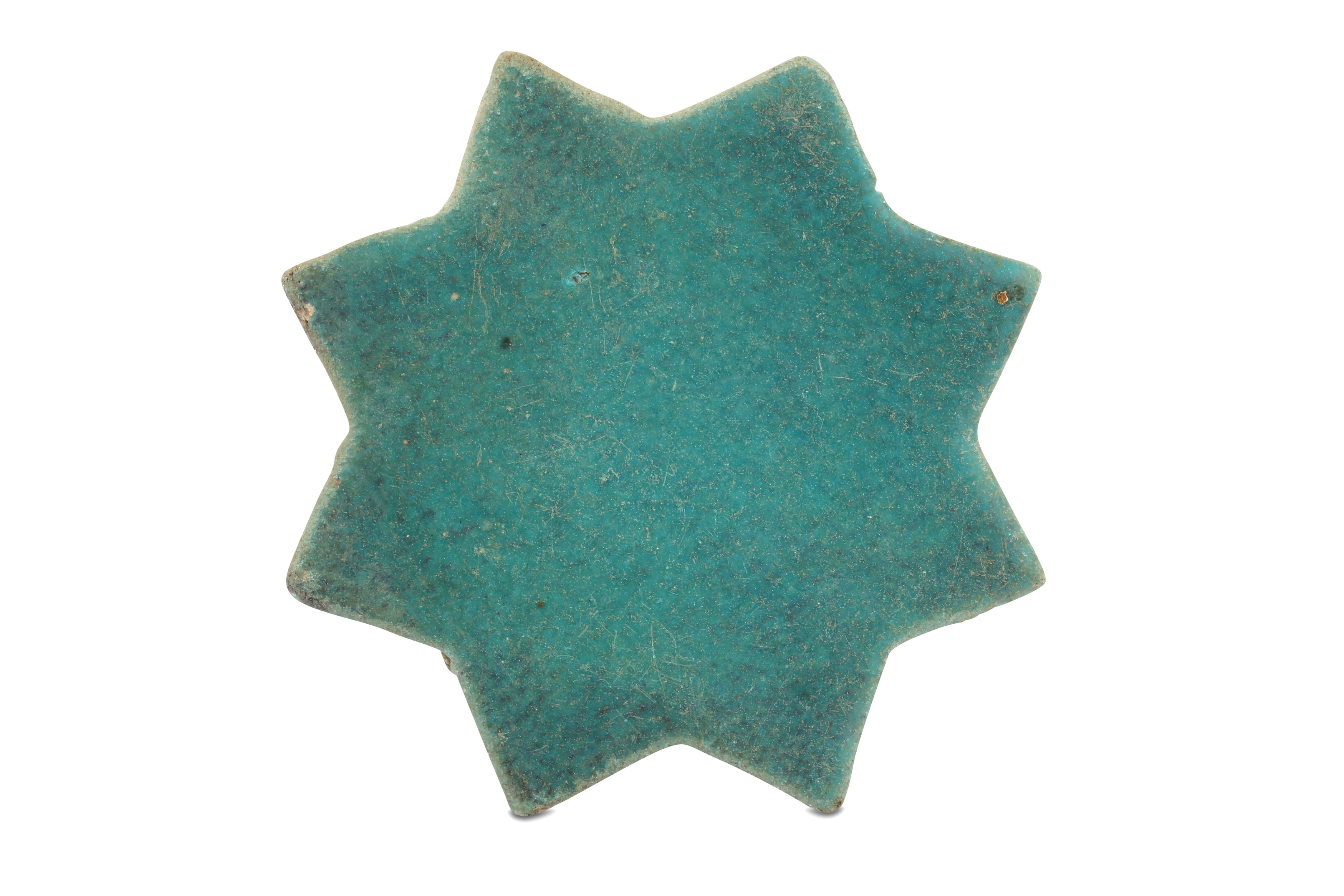 One of my favourites in his collection is the very affordable lot 24, A Prince taking a Rest. Don’t be fooled by the images online: this is not a large painting, but rather a small and intimate manuscript illumination, measuring only 16cm x 8.5cm. Despite its size, the illumination is full of character (and gold!). A prince relaxes, eyes closed, receiving a foot massage from an attendant. In front of him, a huqqa (water pipe) is being prepared so that he can enjoy a smoke. Quietly in the background, unseen by anyone, a haloed figure observes the scene. Who is he? Could he be the Quranic character Yousuf (the Biblical Joseph) that the nasta’liq text mentions in the verso? 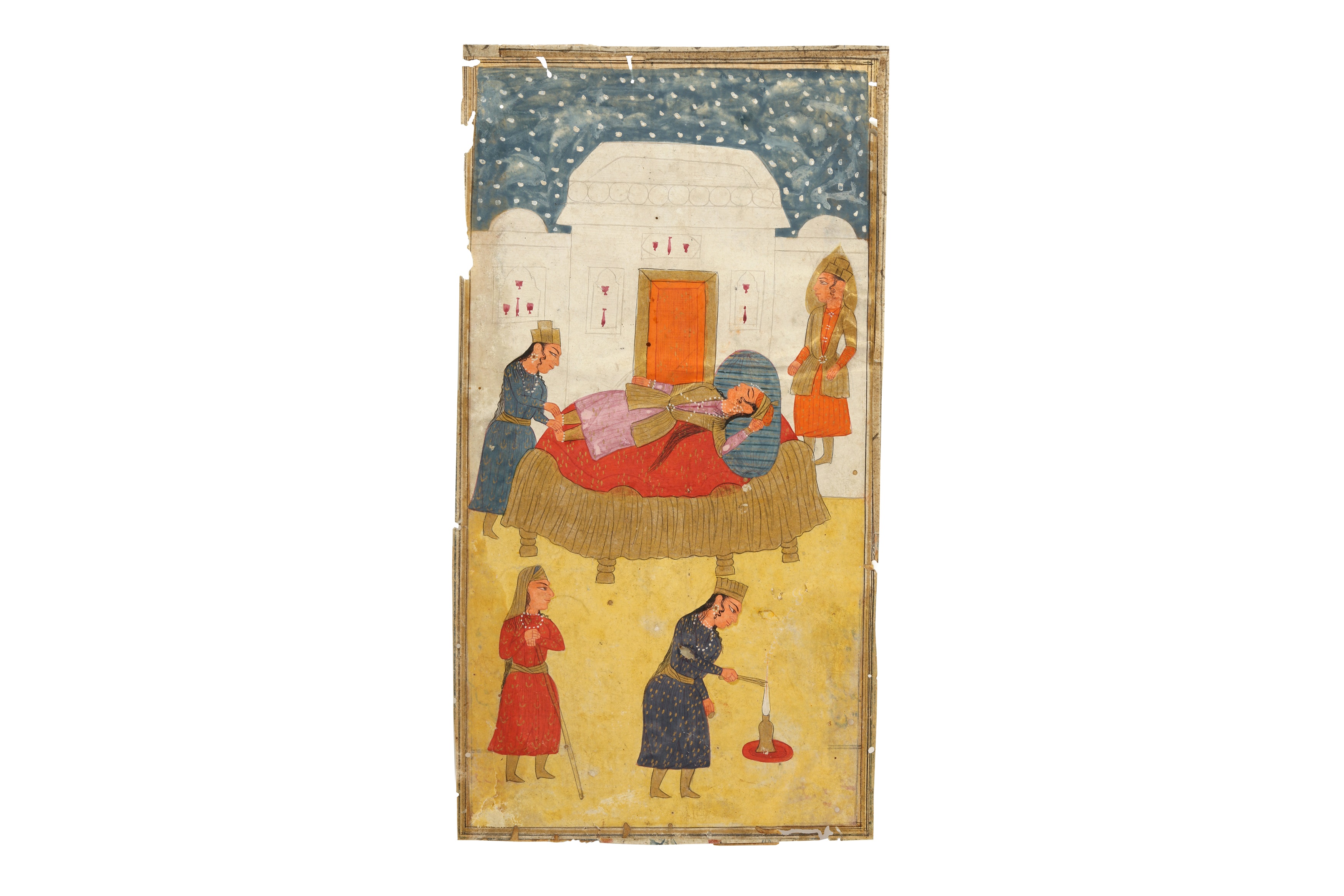 Bruno was a truly multifaceted man. His family remembers him not only as a great political activist against the Sicilian Mafia; as a human-rights champion for Sicilian farmers in their battle for land ownership in the aftermath of World War II; and as one of the most influential painters of 20th-century post-war Italy, whose works ended up in the collections of notable patrons of the arts, including Helena Rubenstein and Irene Brin. They remember him as the man behind the easel; a world traveller passionate of distant cultures – as portrayed in the black and white pictures of his honeymoon in Istanbul in 1954; as a loving and inspirational father; and above all, as an intrepid pioneer witnessing, reflecting and acting on the crucial socio-political and historical changes that occurred in the second half of the 20th century, both in Italy and world-wide.