Discovery of portrait by Joseph Wright of Derby

Internationally renowned as a ‘painter of light’ whose dramatic works are on display in major galleries and public institutions across the globe, Joseph Wright of Derby (1734-1797) is widely regarded as one of the most alluring and accomplished British painters.

Ahead of the auction of Old Master Paintings taking place on 16th May, Head of Sales Melissa van Vliet takes a closer look at a newly discovered early portrait by the influential artist. Depicted wearing a blue and pink dress and a feathered hat, the sitter depicted can be traditionally identified as Susannah Fenton, only daughter of Susannah Wedgwood (b.1699) and John Fenton (1693-1743). A 'Miss Fenton' was recorded three times in Wright’s account book. Bearing a label with an inscription that reads, 'Miss Fenton Granddaughter to / John Wedgwood Esq of Harracles / Drawn in Year 1755’, the painting is a fine example of Wright’s early portraits. According to the London Chronicle of 16-22 February 1763, Miss Fenton married Captain John Daniell in Litchfield. Daniell was a captain in Colonel Burton's regiment, an infantry rifle regiment of the British army who fought during the Anglo-Cherokee war (1758 – 1761.) 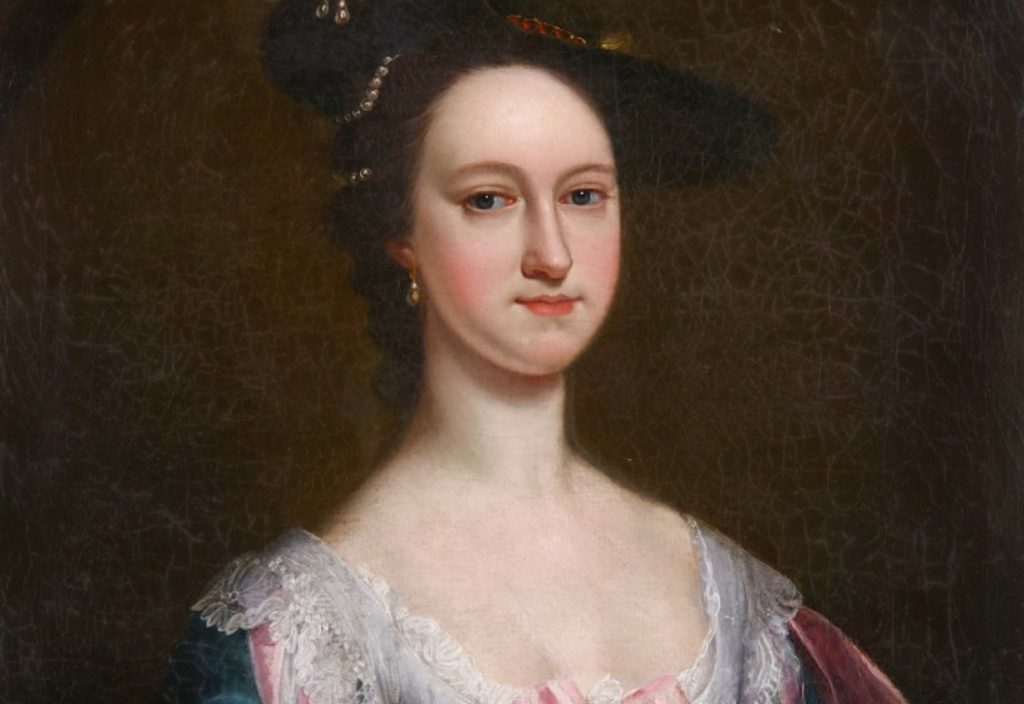 Wright commenced his training in Thomas Hudson’s studio in 1751 and returned to Derby in 1753, where he settled for a while and painted family and friends. The portrait of Fenton is dated to this period. In 1756, Wright then returned to Hudson’s studio to complete his training. Wright was intimately connected to key members of the Enlightenment and in particular with a group of intellectuals, industrialists and scientists living in the English Midlands who made up the compelling ‘Lunar Society’, which challenged established beliefs and were pioneers in scientific and philosophical exploration.

Although Wright was never an official member of the society, the world of intellectual and commercial enterprise formed the foundation of his artistic output and his work was largely preoccupied with the values of religion and science, which was a struggle that underpinned the work of the society. Notable members of the Lunar Society included Matthew Boulton, Joseph Priestly, Erasmus Darwin and Josiah Wedgwood, the latter of which was one of Wright’s most significant patrons. Research undertaken into Wright’s alluring portrait of Fenton further reinforces the artist’s intriguing association with the Lunar Society; Wedgwood was a distant relative of Susannah Fenton’s grandfather.

We are grateful to Brian Allen for confirming the attribution upon first hand inspection.