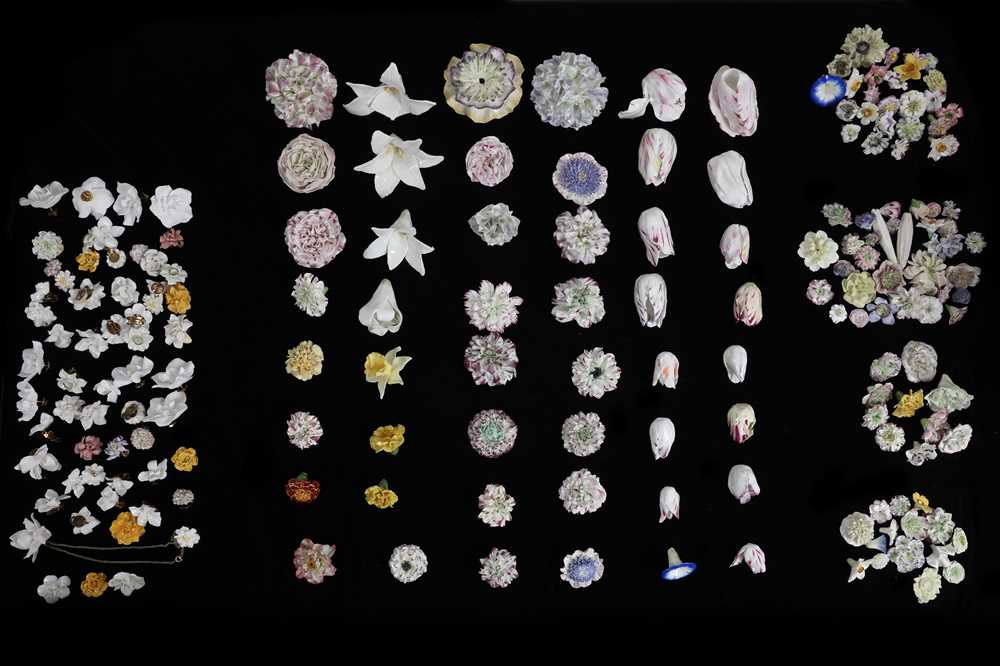 A VERY LARGE COLLECTION OF 19TH CENTURY AND LATER VINCENNES STYLE PORCELAIN FLOWERS, all finely and naturalistically modelled and painted to resemble 18th century Botanical examples, including tulips, chrysanthemum, lilies, daffodils and carnations, including a large quantity of smaller flowers later mounted as clip on earrings, others with stud earring mounts, and a necklace,
varying in size between 2 and 12 cm, large quantity

These realistically modelled porcelain flowers were made to be mounted on to larger ensembles or presentation pieces. For example, the 'Sunflower Clock', circa 1752 which was composed of a porcelain vase and flowers with ormolu mounts, the clock case designed as a large sunflower head among the other flowers. The fashion for Vincennes flowers started in the late 1740's at the French Royal Court, and the inspiration for those delicate and realistically sculpted porcelain flowers came from the Jardin des Plantes, which housed the Royal Botanical collection.