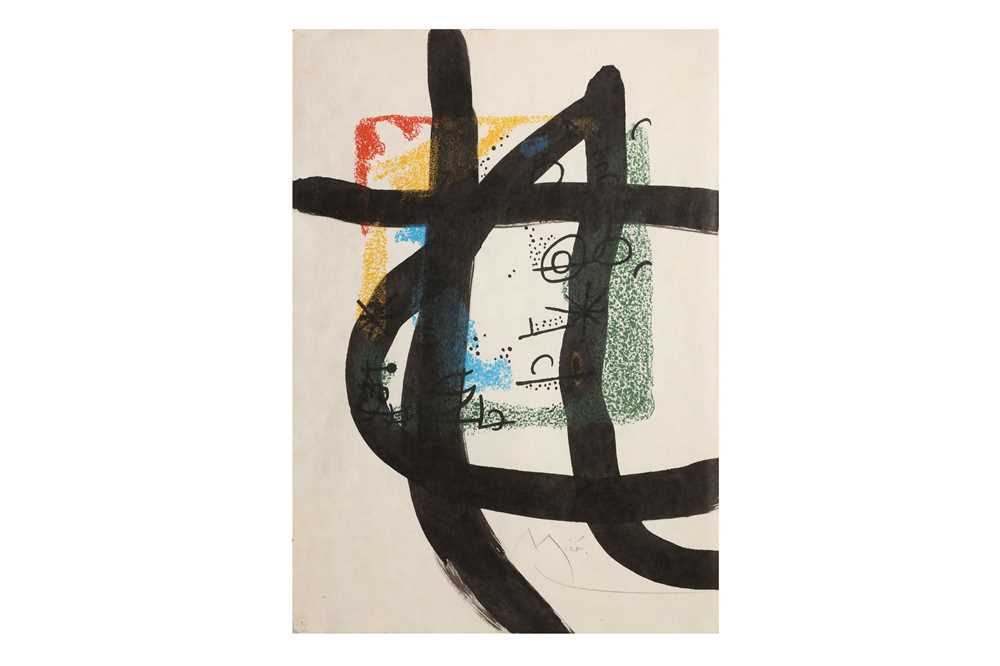 The authenticity of this work has been confirmed by ADOM.

Executed in 1968, the present lot is characterised by the energy and gestural force of Miró's works of the late 1960s. In 1966, two years before Miró executed Les essencies de la terra, the artist travelled to Tokyo for a retrospective of his work. The trip allowed Miró to meet Japanese potters, poets and calligraphers whose art he had always held in high regard. The influence of Miró’s experience in Japan can be seen in Les essencies de la terra; the artist has brushed four sweeping, interlocking black lines of ink which dominate the composition and appear like Japanese calligrapaphic script. The black ink is juxtaposed dramatically against the speckled patterns of green, blue, red and yellow.