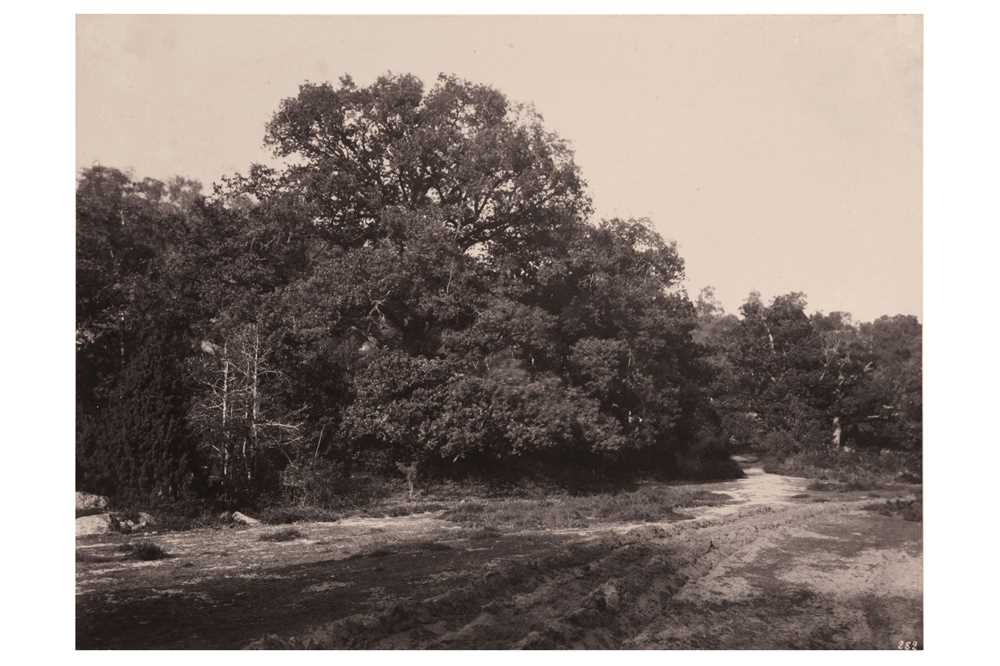 The present photograph bears a notable resemblance to a drawing by Théodore Rousseau entitled Route en Forêt (Michel Schulman, Théodore Rousseau 1812 - 1867: Catalogue Raisonné de l'Oeuvre Graphique, no. 738), made circa 1860. In both works, a dirt carriage track dominates the bottom and right sides of the frame, and a grove of tall trees stands on the left. The photograph and the drawing appear to have been made from similar vantage points: Cuvelier and Rousseau each placed themselves squarely in the middle of the track in formulating their compositions. The depth of the shadows in Cuvelier's photograph -- in the foreground, and pooled beneath the stand of trees -- indicates that he took this image under the full force of the sun on a particularly bright day.

Gauss does not list this salt print in her census, and accounts for only one albumen print.

Ulrike Gauss, Henning Weidemann, and Daniel Challe, Eugène Cuvelier (Stuttgart, 1996, in conjunction with the exhibition), no. 282

Sotheby's: An Important Collection of Photographs by Eugène and Adalbert Cuvelier Lot 4 2007