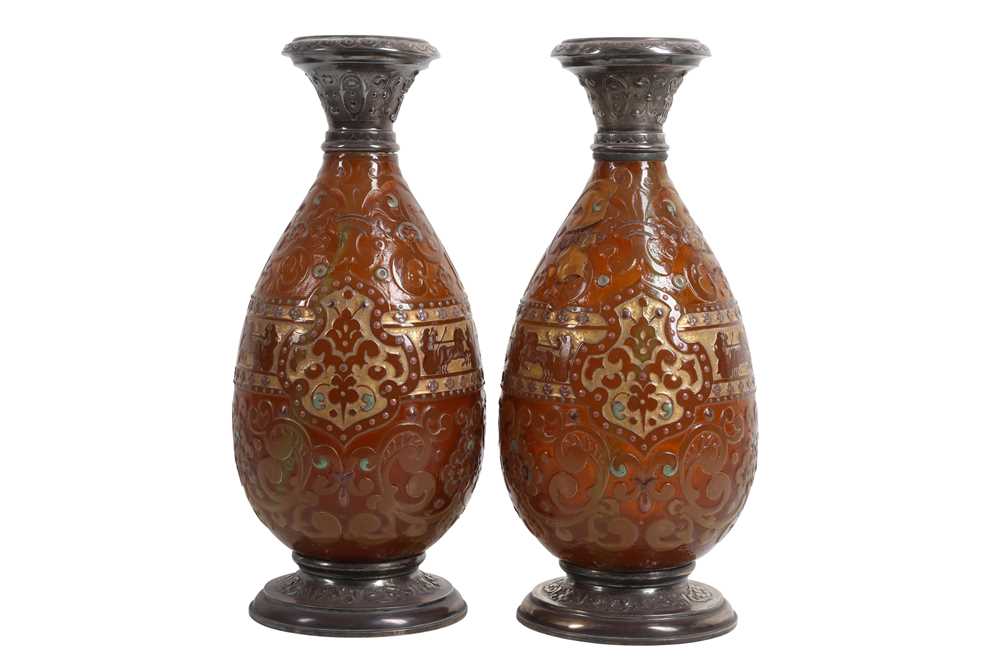 A PAIR OF LATE 19TH CENTURY FRENCH SILVER MOUNTED GLASS VASES BY BURGUN, SCHVERER & CIE, ALSACE-LORRAINE, of ovoid form, the silver necks and rims decorated with a crowned cypher over the initials AF, on domed silver feet with stylised decoration, the bodies of amber tint with green striations, etched and enamelled with parcel gilt decoration of mythological figures in classical dress, with a band depicting horses pulling chariots on a gilt ground, probably from designs by Eugène Kremer after Walter Crane, the underside with marks in gilt lettering 'VERRERIE D'ART DE LORRAINE/ B, S &Co' the silver marked to rims, one vases restored,


The vase depicting a winged figure and warrior has sustained damage to the back of the vase, two sections to the upper part have been fractured and repaired with some associated losses. Signs of old repair. The other vase with three female figures is in overall good decorative order except the mount has a dent to the rim and is slightly mis-shapen. Both with typical wear to gildling and tarnishing to silver.