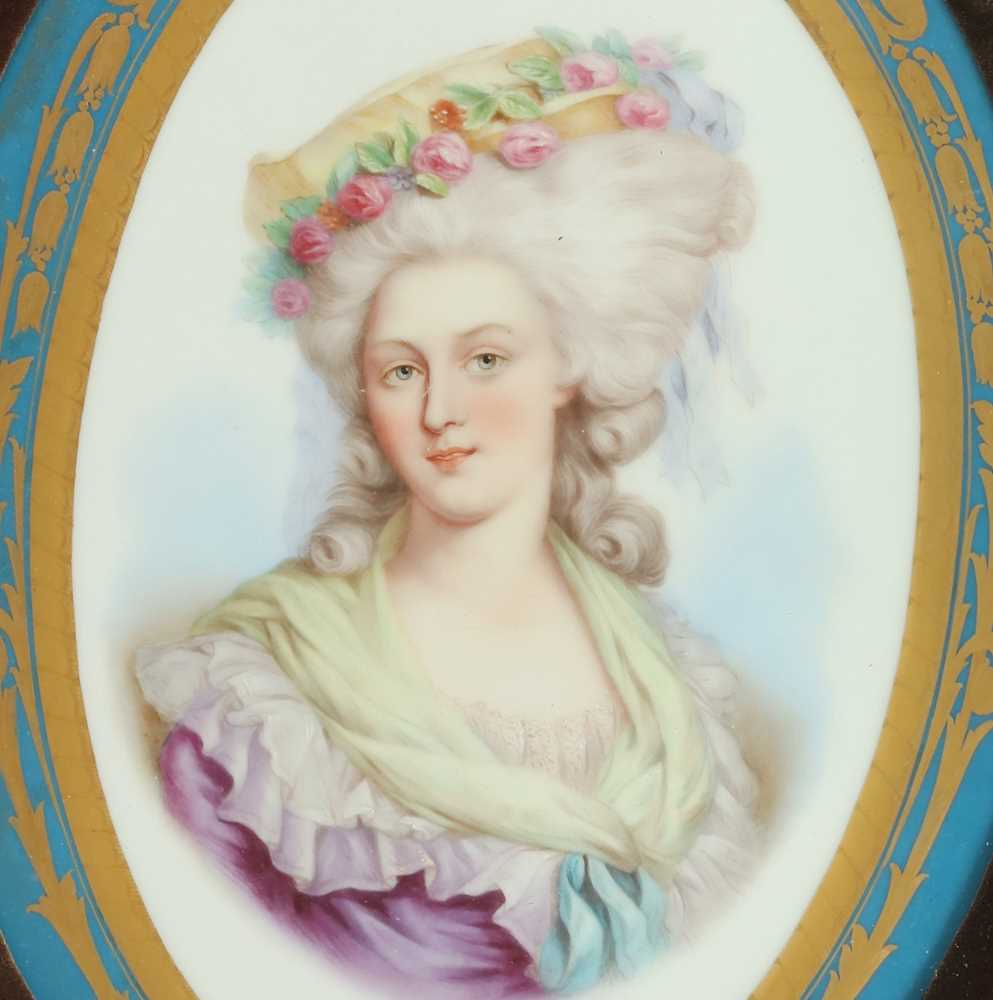 This charming pair of portrait plaques depict elegant noblewomen from pre-revolutionary France, the first, Marie Thérèse Louise of Savoy, Princesse de Lamballe, was an attendant of Queen Marie Antoinette but was killed in a massacre in 1792 during the French Revolution. The second, Charlotte-Jeanne Béraud de La Haye de Riou (1738-1806) was a mistress to Louis Philippe d'Orléans, Duke of Orléans and later became his wife. Louis XV would not allow her to become the Duchess as he disapproved of their relationship due in part to the fact that she had been an actress and appeared in several plays.