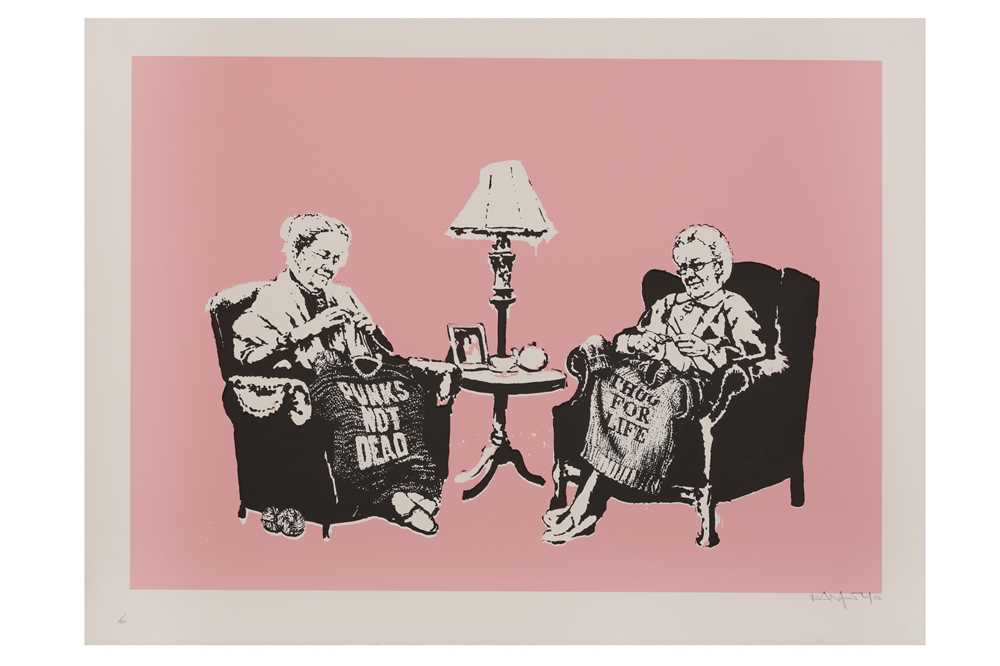 Provenance:
Maddox Fine Art, Mayfair, where purchased by the present owner in 2020

Banksy shows two ‘grannies’ seated and focused on their task of knitting jumpers. The two elderly characters are emblazoning unexpected slogans on the jumpers: “Punks Not Dead”, and “Thug For Life”. This subtle act of rebellion not only has a humorous element but could suggest something more poignant. Perhaps this is to remind viewer not to underestimate the relatively innocuous appearance of the older generation, which acts as a guise for their rebellious pasts. It could also be read as Banksy encouraging the older generation to pass down their acts of defiance to future generations, in a similar way in which they would gift knitted jumpers to their grandchildren. However, the work could also be interpreted as representing the gentrification of counter-culture into a tame, mainstream movement suitable even for grannies.