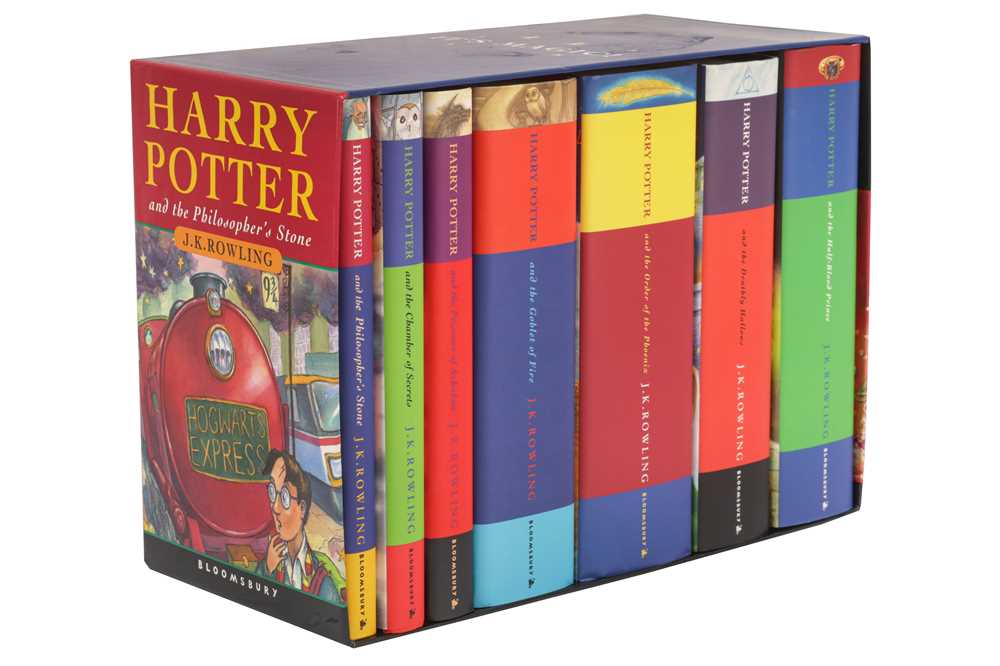 ***Together with ‘J K Rowling’ headed notepaper explaining that this signed set has been donated by J K Rowling to be used for a fundraising auction in aid of BSF, signed by Fiddy Henderson, J K Rowling’s PA.