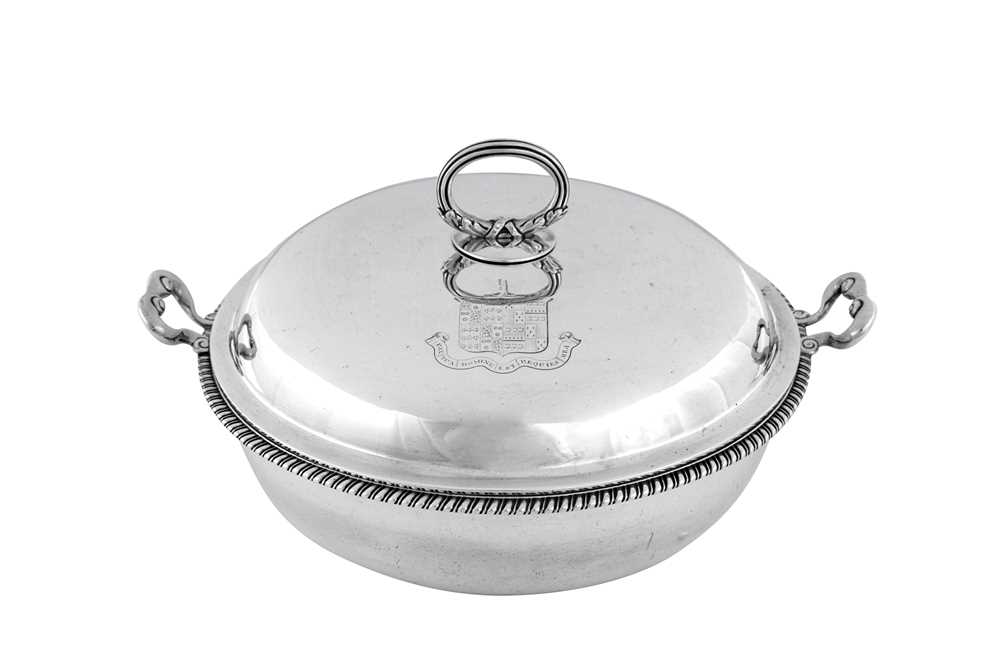 Of circular form with a gadrooned edge with applied twin scroll handles. The pull off domed lid surmounted by a detachable acanthus capped reeded loop handle. The lid later engraved with a quartered coat of arms impaling another quartered coat of arms, all surmounted with the crest of a lion gamb erect and the motto below Pax Tua, Domine, Est Requies Mea. The lid and base edge each stamped with incuse numeral 2. Fully marked to the side, the lid part-marked. The handle with makers mark for Richard Sibley and a lion passant only.

The crest and motto are for Pickering