The Chinese Art of Monochrome II 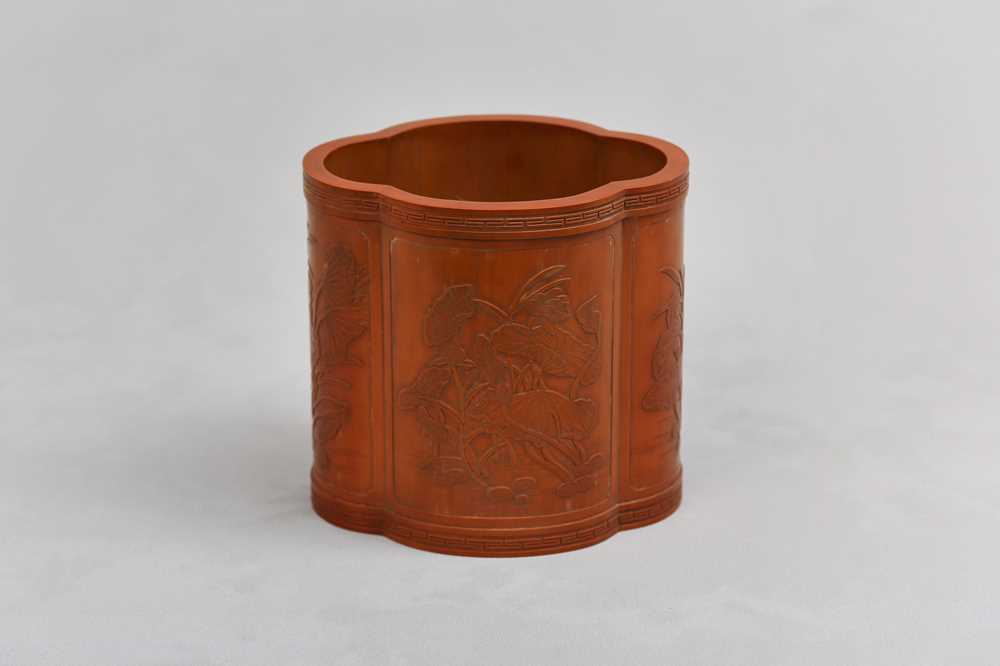 The straight, quatrefoil-section body, with each side worked in shallow relief to show a rectangular panel depicting various birds amidst lotus flowers, leaves and pods bending under gentle breeze above the rippled surface of the flowing water, the rim and foot decorated with key scroll bands, with a well-polished surface painted in warm caramel tone, 8cm H, 18.7cm accross.

The technique of zhuhuang or bamboo veneer is an extremely rare and sophisticated category of scholar’s desk items. A closely related brush pot was offered Sotheby's Hong Kong, The Speelman Collection II, 2nd of October 2018, lot 3444. The shape bears similarities to the black lacquered ivory brush pot formed with five lobed faces in the Imperial collection, illustrated in Bamboo, Wood, Ivory and Rhinoceros Horn Carvings in the Collection of the Palace Museum, 2002 page 207. For a dated example of bamboo veneer of double lozenge shape depicting figural scenes from the Romance of the Three Kingdoms, exhibited in Objects for the Scholar’s Desk, Maria Kiang Chinese Art, Hong Kong, 2012, no. 7.