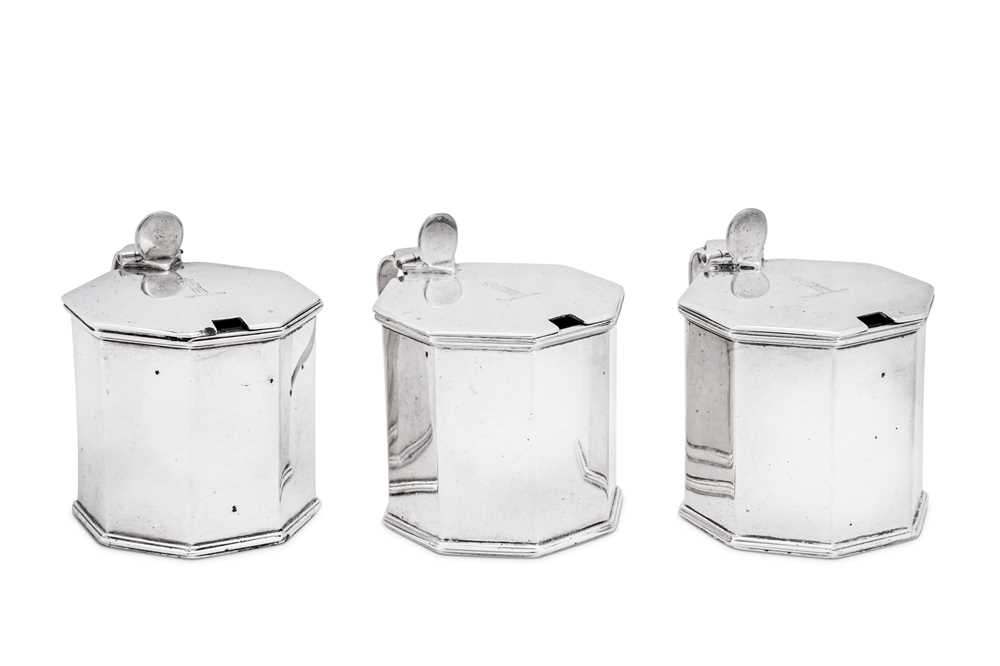 In the George III style, each of octagonal form with a reeded C scroll handle leading to a gently domed lid raised by a disc thumbpiece. The lids engraved with a crest of a cubit arm in armour, the gauntlet holding a fleur-de-lis encircled in a motto. Each with a removable blue glass liner, one stuck. Each fully and part-marked. (2)

The crest is for Ramsden