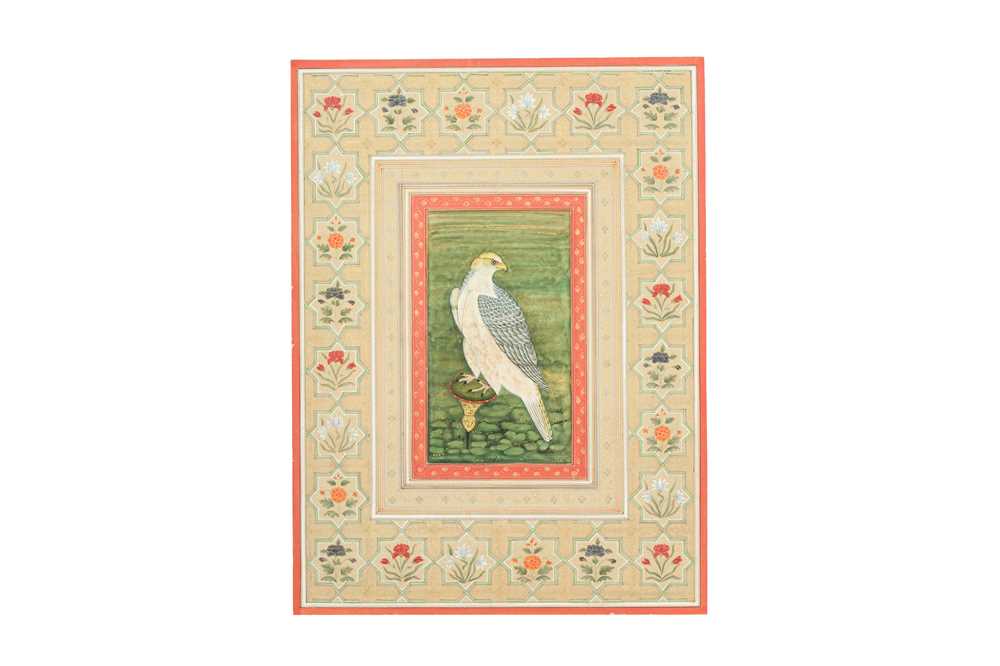 Opaque pigments heightened with gold on buff cardboard, the vertical composition depicting a bird of prey typical of the Indian Subcontinent called shikra (Urdu for hunter), characterised by a short yellow beak, light blue iridescent feathers on the wings, and yellow stripes on the tail, perched on a rounded post, signed in Arabic script Amal-e Nader (?) on the post and Mohin Dhomi (?) in Devanagari script on the lower right corner, the composition set within white, orange, black and blue rules, and concentric borders reminiscent of 17th-century Mughal album pages, with gold and polychrome-painted floral scrolls and small bouquets with red poppies, orange carnations and light blue lilies within geometric stellar frames, 39.3cm x 29.4cm.