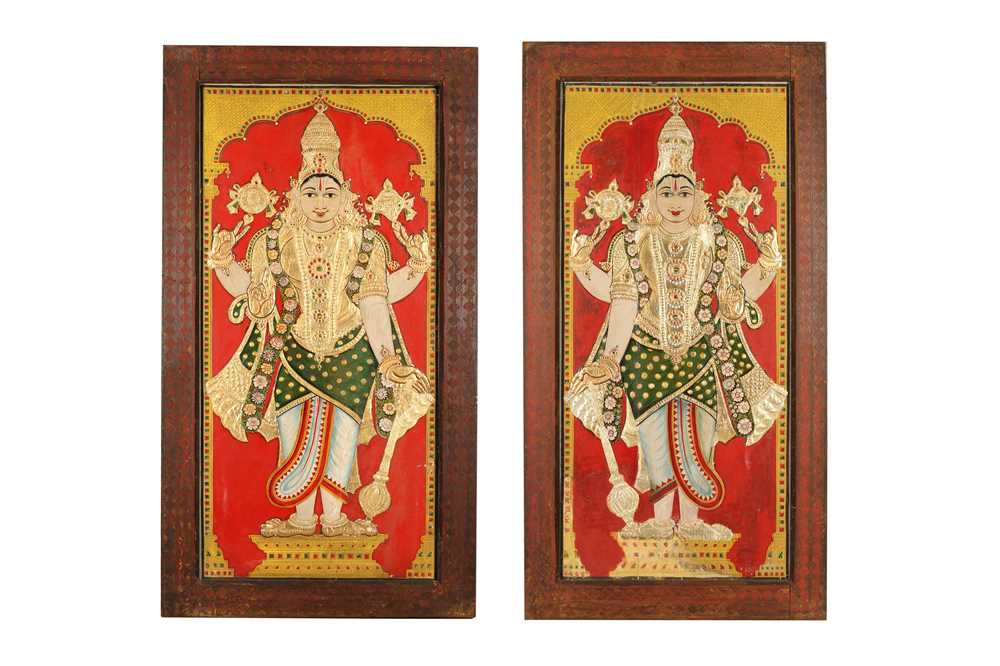 Opaque pigments, gold leaf and sukka (limestone paste) on wood, one portrait the mirrored image of the other, repeating the exact same pattern and details, possibly a double portrait of the Hindu god of Preservation, Vishnu, or Vaishnava guardian figures (dvarapalas) meant to be placed on each side of a murti (devotional icon), each figure standing on a stepped bejewelled pedestal, holding the typical attributes of the Hindu god Vishnu such as the club, the conch shell, and the wheel, the fourth hand in the traditional vishnu mudra (gesture of universal balance), each forehead marked with the urdhva pundra (three vertical lines Vaishnava devotees paint on their foreheads), both figures wearing ornate and heavily encrusted tall headdresses, and several thick gold necklaces, some encrusted other plains; thick golden wristbands and anklets; a ceremonial garland of fresh flowers around their shoulders, and golden vests; each portrait framed within a lobed golden arch painted with green and red beads, and against a vibrant red background, mounted and framed, the largest 114cm x 62.5cm including the frame.