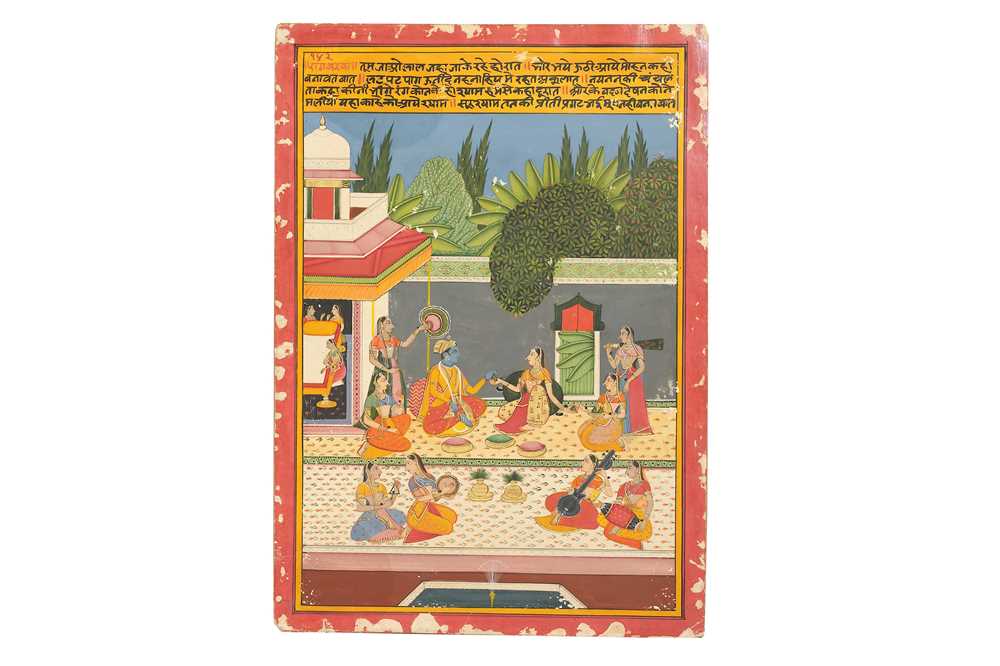 Opaque pigments heightened with gold on wove paper, the vertical composition illustrating the classical Hindustani Barwa Raga, similar to the Desi Raga sung in the third half of the morning, depicting an entertainment scene with the Beloved being handed paan by his Lover, both looked after by pairs of attendants holding a tray, fan and peacock feathers’ fly whisk, in the foreground four female musicians playing traditional instruments, the attendants tidying up the bedroom to the left and the outgrowth of the surrounding nature suggesting intimacy and an emotional crescendo between the lovers, at the top 4ll. of black and red ink Devanagari script against an ochre yellow ground describing the scene, set within black rules and ochre yellow and bright red borders, 35.6cm x 25.3cm.