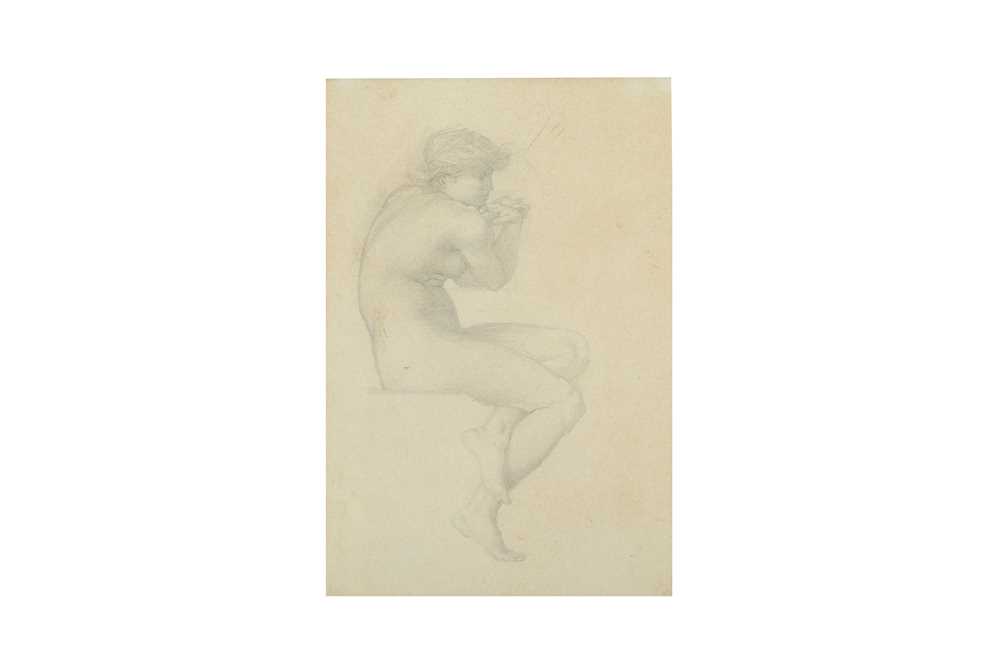 Property from the Estate of Mary Donovan-Roughsedge

PROVENANCE:
Abbott & Holder, London
Michael Donovan-Roughsedge, Tunbridge Wells, by whom acquired from the above circa 1990
By descent from the above to the late owner in 2016

An early study for Venus in Venus Discordia, executed during a period of stress circa 1870, owing to the relationship with Maria Zambaco. Burne-Jones obviously later felt that such distress indicated by the twisted hands and limbs, was not suitable for permanent inclusion in the final painting. In the pencil composition study made in 1871 (Whitworth Art Gallery) the artist has already rejected this anxious figure in favour of a contemplative figure. Burne-Jones rarely designed figures in such anxious states, but exceptions are found in Despair, Envy and Folly (St Chad's Church, Rochdale) of 1873 and the statues in the Pilgrim Outside the Garden of Idleness embroidery designed in 1874 and The Souls by the Styx c.1873. – Willam Water

Thank you to William Waters for his assistance with the cataloguing of this lot.
The present lot is included in the online Burne-Jones Catalogue Raisonné Foundation: www.eb-j.org