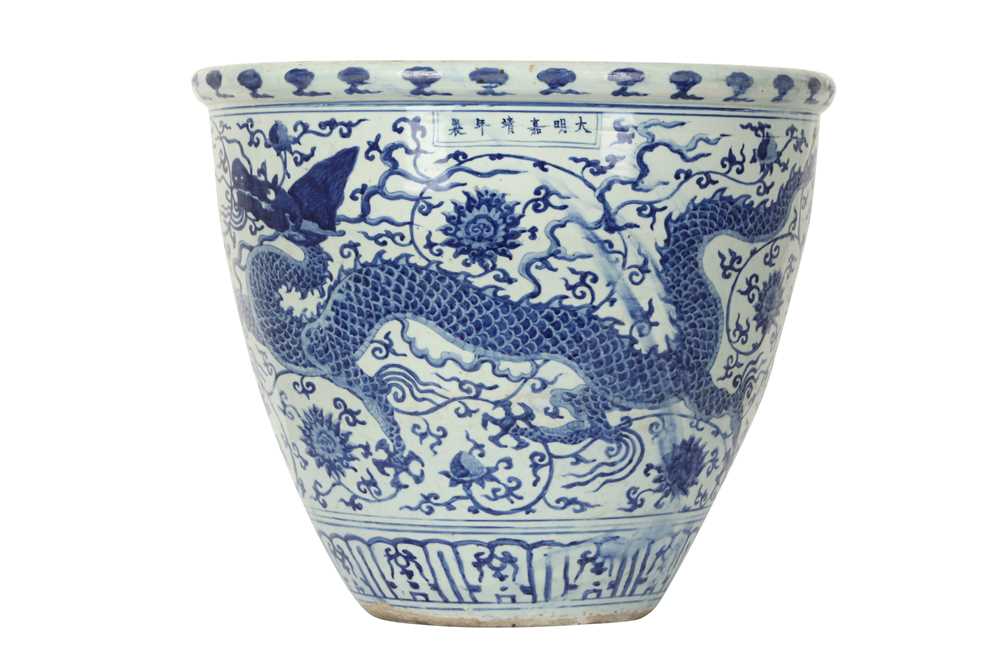 Ming Dynasty, six character Jiajing mark and of the period.

Heavily potted with deeply rounded sides decorated with a continuous scene two coiled dragons in pursuit amongst flames and large lotus heads and buds, interlinked with scrolling tendrils, all above a band of stylised lappets stopping just short of the unglazed base, the lipped rim decorated with a band of ruyi shaped clouds, with an in-line six character mark just below the rim, 48cm diameter.

The combination of this motif and the form of a narrow tall basin on the present example is extremely rare, and is more commonly seen amongst Wanli examples, such as an almost identical blue and white basin of the same size and decoration, but with a Wanli reign mark, illustrated in Mayuyama, Seventy Years, vol. 1, Tokyo, 1976, no. 970 (fig. 1); and another one in the National Museum of Indonesia Collection, illustrated in Toyo Toji, vol. 3, Japan, 1981, no. 225.