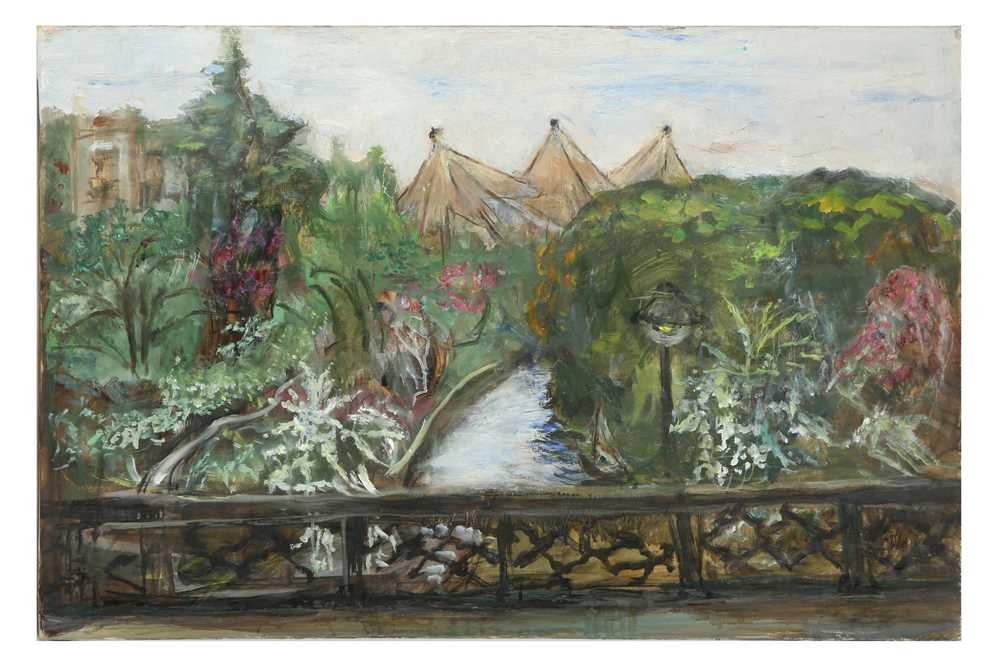 Painted in 1986, the present work marks Marie-Louise's return to painting Regent's Park and the canal after a hiatus of nearly twenty-five years. She had first been attracted to it in 1951, when she painted two elegant ladies with a decidedly Continental air walking in front of John Nash's fine classical terraces (Schlenker no. 108; Sale, Chiswick Auctions, 4th December 2020, lot 826) and in the following year, Regent's Canal with Car (Schlenker no. 111). Regent's Canal with Aviary reprises the same viewpoint, Macclesfield Bridge, as this last painting, but is notably both more panoramic in format, and abundant in vegetation. The view itself too is not entirely accurate, as the distinctive form of London Zoo's aviary designed by Lord Snowden and built in 1965 that dominates the background, cannot actually be seen from the bridge. However, as with so many of Marie-Louise's, works verisimilitude was not necessarily her priority. Rather it was her associations with people and places that she treasured, as Schlenker notes: 'Motesiczky was especially fond of this location for here she could hear "such strange birdcalls" from within the zoo and from the surrounding park.' (Schlenker p. 466).