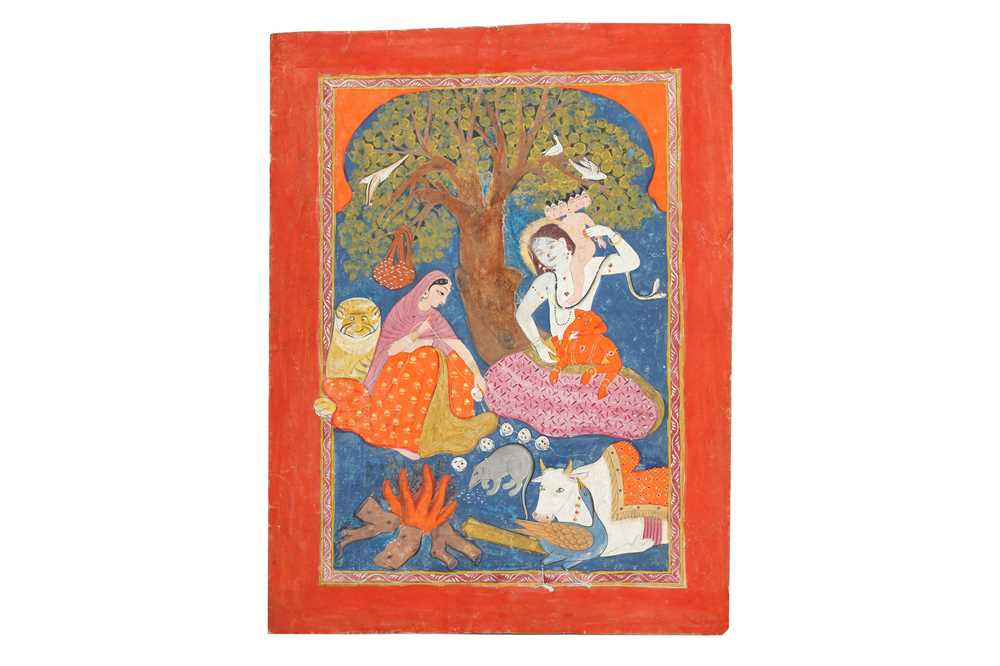 Opaque pigments heightened with gold on paper, the vertical composition depicting a domestic scene with the Hindu God Shiva playing with his children, Skanda and Ganesha, whilst his consort Parvati strings together skulls on a thread, behind her a tiger, the symbol of the Devi also associated with ascetic Shaiva practices, the bull Nandi, Ganesha's rat and Skanda's peacock (the deities' vahanas) in the foreground on the lower right corner, on the left a campfire, the scene set within a decorative frame with white vegetal motifs and bright red borders, 27.6cm x 20.5cm.

This scene is a rather popular and recurrent one in Shaivite devotional paintings. For similar, though earlier examples, please see the Victoria and Albert Museum collection (IM.6-1912), and Christie's New York, 20 March 2002, lot 146.