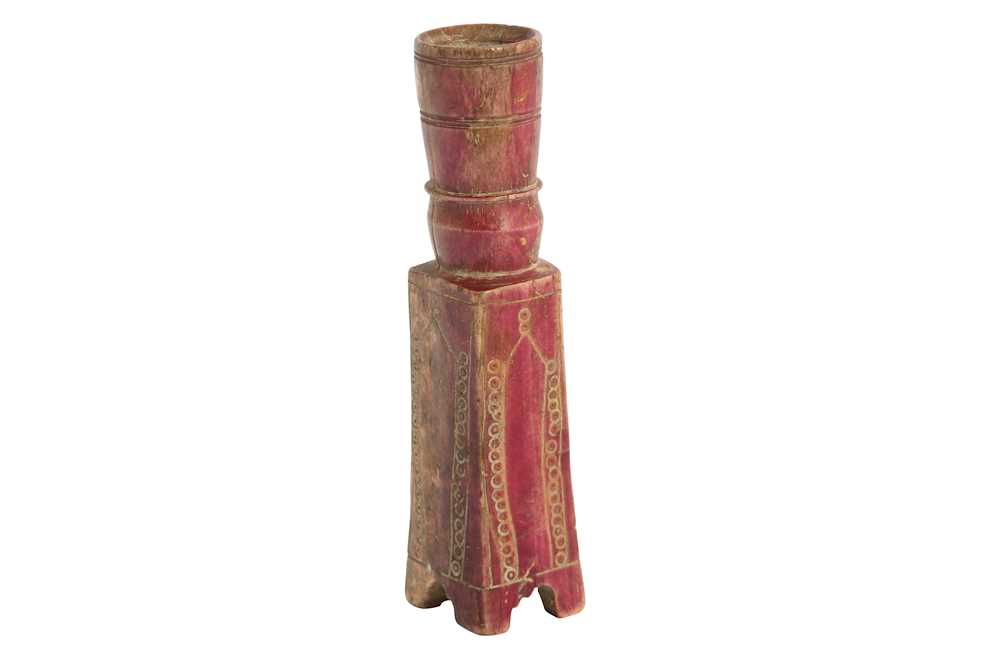 Of tapering, uneven rectangular shape, resting on four short bracket feet, rising to a tall, cylindrical neck with a gently everted rim, the exterior carved with two bands of beaded 'eye' motif on each side, and several concentric lines around the neck, with a charming natural two-tone pigmentation of cream and purple red, 9.9cm high.

The beaded 'eye' motif is one of the oldest decorations present on Islamic chess pieces, making its appearance as early as the 8th century, as testified by a series of chess and gaming pieces in the al-Sabah Collection (Deborah Freeman Fahid, Chess and other Games Pieces from Islamic Lands, 2018, cats. 11, 22, and 36).