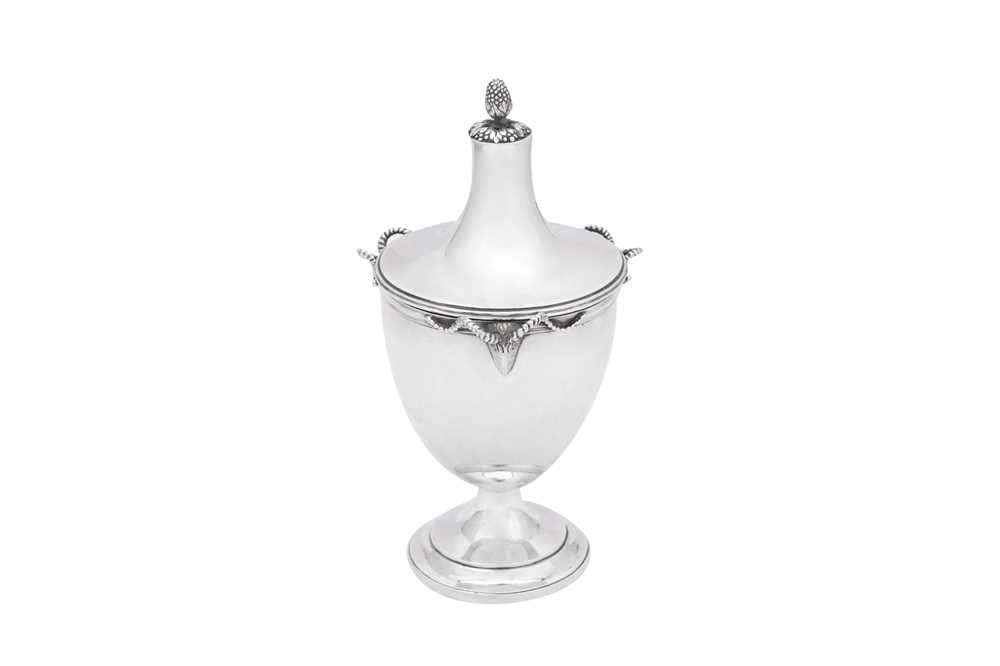 Of tapering circular vase form upon a spreading circular pedestal foot. The high waisted domed pull off lid surmounted by a detachable finial formed as artichoke with a leafy calyx. The body with three applied masks of antelope heads. Marked underneath with makers mark four times.