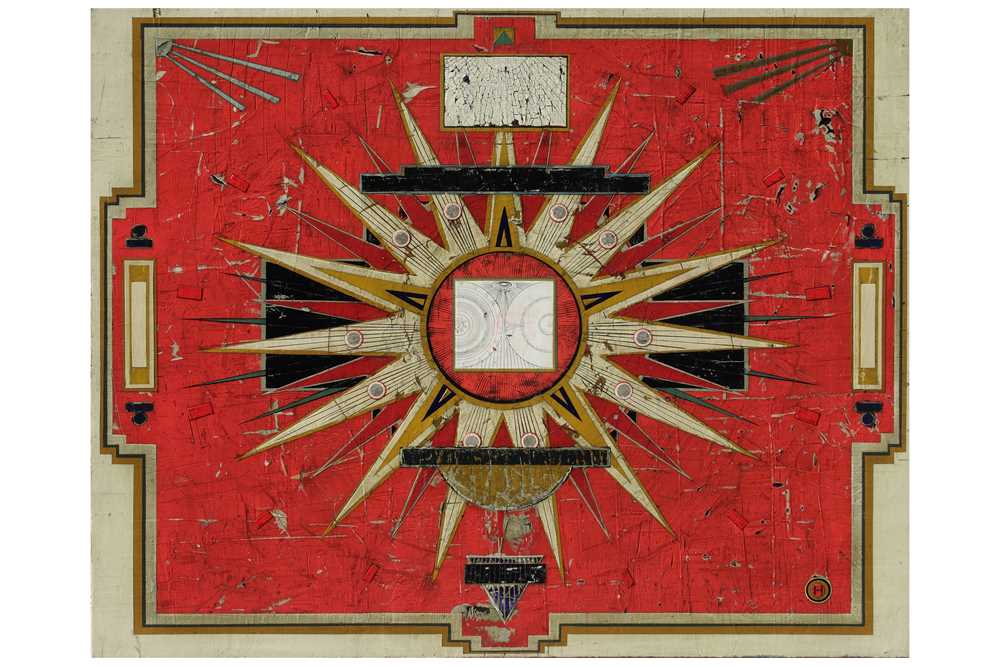 Provenance:
Rod Barton, London
Acquired from the above by the present owner in 2009

Artist Description:
Henrijs Preiss studied set design in his native Latvia before coming to London to study art. He thinks about his paintings in relation to theatre: his abstract shapes look like blueprints for stage settings where the viewer might imagine actors’ movements or different possible stories. Preiss’s work is influenced by a wide variety of cultural sources, from religious painting to urban architecture and computer game graphics. Preiss uses the imagery and styles of these references to make his abstract patterns. Each of his paintings is based around a central motif that suggests a mystical emblem.