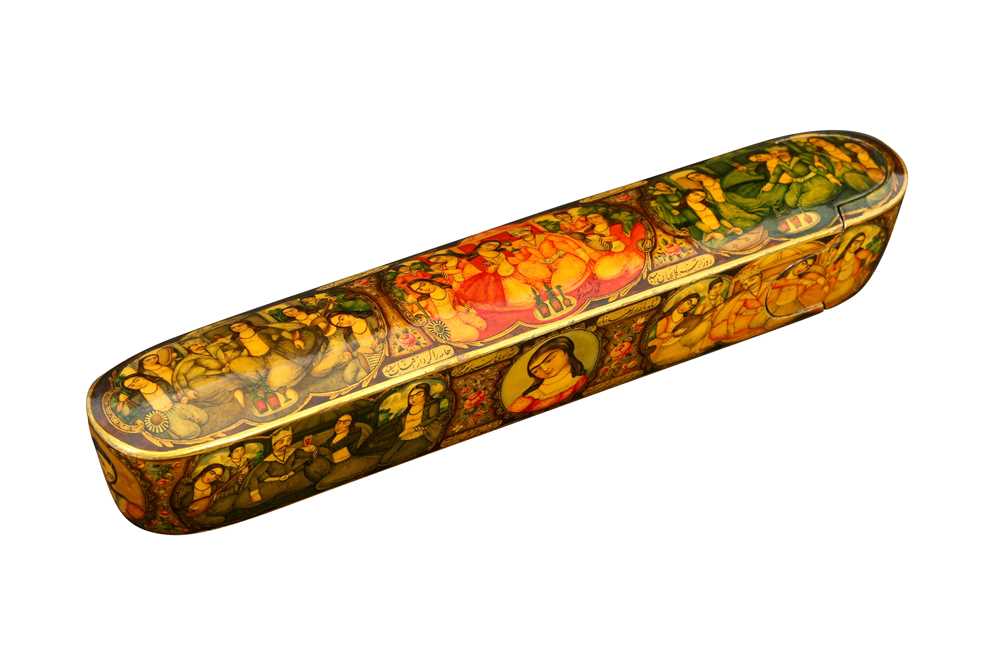 With rounded ends and sliding tray, lacquered, polychrome-painted and heightened in gold, the horizontally arranged curved top and sides painted with seven scenes of leisure depicting Bahram Gur in the seven pavilions from Nizami’s romance, Haft Peykar, chapter 25, describing Bahram’s winter bazm (private banquet) with each princess, each cusped cartouche depicting the crowned youth, semi-reclined and dallying with a half-clad princess in a courtly interior, with food, drinks and music, the scenes accompanied by white oval cartouches with black ink epigraphic inscriptions in nasta'liq script and interspersed with rosettes and flower bouquets against a gold ground, the central cartouche at the top signed The Work of Seyyed Muhammad and dated 1298 AH, commissioned by Hajji Muhammad Ibrahim Khan Bakhtiari with the support and patronage of the Merchant Aqa Abdul Rahim from Herand, the sides of the sliding tray and the underside of the case painted with cusped cartouches featuring scholars and men of letters gathering, and panels of dense gilt flower scrolls against a red ground, 23cm long.