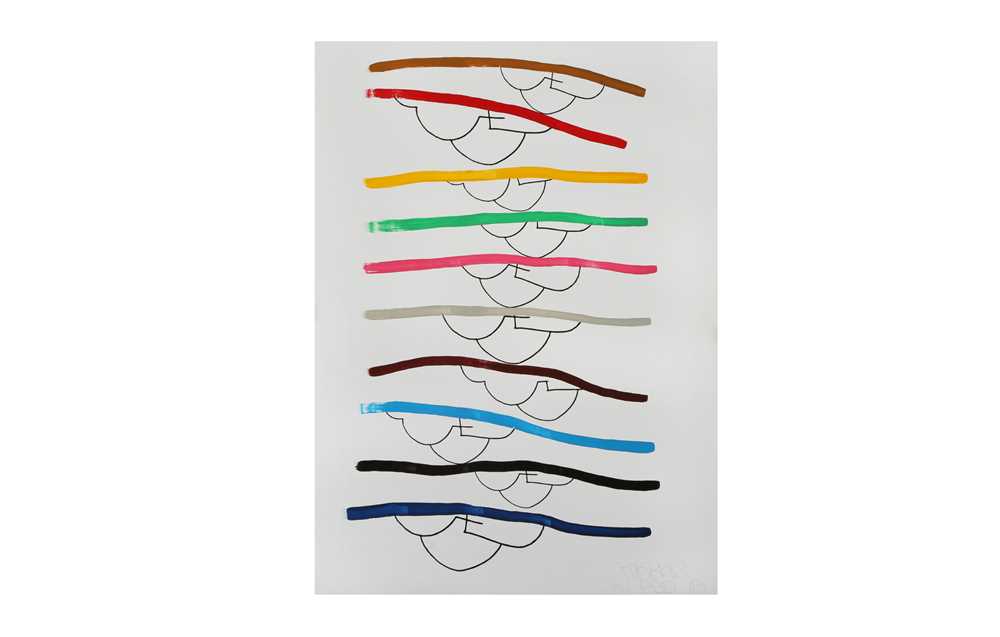 Teach was born in 1976 in London. He began his career in graffiti at the age of 15. Inspired by early graffiti writers, he became one of the few members of the 'Kings of the London Underground' by the mid 1990's, with his tag ubiquitous across the city. He is a central figure of the infamous Diabolical Dubstars crew and has painted hundreds of trains in London and across Europe. The transgressive quality of his background in artistic vandalism still informs his practice today - using and altering found objects and subverting familiar narratives as well as his own biographical material. His work has influenced a whole generation of younger writers from his ethos on the culture to his hand style, throw-up’s, trains and consistency.

Teach studied product design at Central Saint Martin’s College of Art and Design between 1996 and 1999 and subsequently moved to Munich to train as a metal worker. In 2003 he graduated from the Royal College of Art in London.

His work as an artist and designer ranges from hand-crafted studio pieces and furniture to large scale installations and paintings seen at the 56th Venice Biennale. His work has been exhibited in museums and galleries worldwide, such as the Museum of Modern Art (MoMA), New York; V1 Contemporary Art Centre, Copenhagen; Design Museum, London; Museum of Art & Design, New York; the Israel Museum, Jerusalem and the Design Museum, London. Teach had his 1st solo exhibition at the Noire Contemporary Art Gallery in Torino 2017.

He has collaborated extensively with Industrial designers Kram/Weisshaar on large scale multimedia projects for global brands, in every creative avenue imaginable from fashion to architecture. The royal Bavarian porcelain manufacturer Nymphenburg produces his luxury tableware designs. Teach currently lives and works in London.