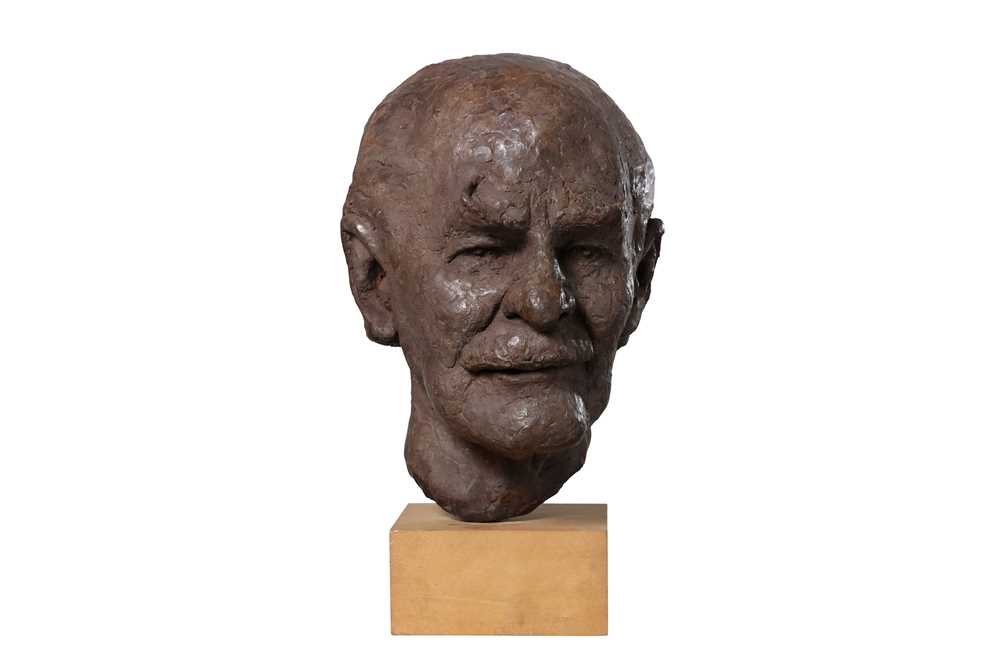 Executed in 1973 at the sitter's home in Wylam, Northumberland.

The influential modernist poet Basil Bunting (1900-1985) was brought up in a Quaker family, and attended the Quaker school Leighton Park. A pacifist during the First World War, after refusing his army call-up he served time while still a teenager as a conscientious objector in Wormwood Scrubs and Winchester prisons, an experience that scarred him, and would have a lasting effect on his writing. On release from prison in 1919 Bunting enrolled at the LSE, and became part of a wider London circle of journalists, artists and social activists, meeting muse and model Nina Hamnett who introduced him to the poetry of Ezra Pound. Bunting subsequently met Pound in Paris, and the two writers became close friends and associates. In the early 1930s Bunting stayed with Pound for two years in Rapallo, Italy, and in 1938 Pound dedicated Guide to Kulchur to Bunting and Louis Zukofsky as 'strugglers in the desert'. Fascinated by medieval Persian literature, especially their sound patterns, Pound served in the Second World War in the British Military intelligence in Persia, and subsequently became The Times correspondent in Iran. On his return to England his earlier poetry was discovered by younger poets of the day, and in 1965 he published his important long poem Briggflatts. He described the major artistic influences on his life as 'Jails and the sea, Quaker mysticism and socialist politics, a lasting unlucky passion. the slums of Lambeth and Hoxton...' and on his advice to poets he wrote: 'Compose aloud; poetry is a sound'.