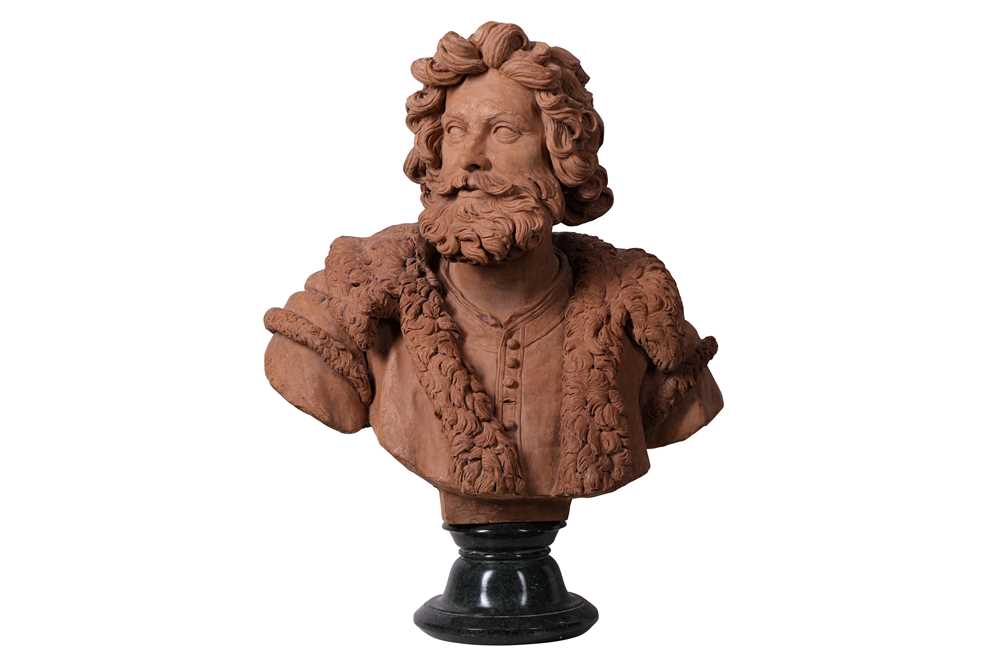 These types of terracotta busts, truncated just below the chest, and with elaborate hair and drapery, were created in Flanders in the 17th and early 18th century. Influenced by the robust style of Rubens, sculptors such as Lucas Faydherbe (1617-1697) produced numerous classicised busts of mythological figures and contemporary nobility and leading citizens. Compare the separately carved, cylindrical tufts of hair on the present bust with a set of Gods and Goddesses, sold at Christie's London, 1 July 1997, particularly the hair and beard of the bust of Neptune. Furthermore, the fur coat with buttoned jacket, as seen on the present bust, are also apparent on the marble bust of Pieter Spiering, attributed to François Dieussart (inv. no. R.B.K. 1971-115a) and a bust of Grand Pensionary Johan van Oldebarnevelt (inv. no. N.G.760), attributed to Gerard van Opstal, both in the Rijksmuseum. See literature [J. Leeuwenberg, Beeldhouwkunst in het Rijksmuseum, Amsterdam, 1973, nos. 257 and 263]