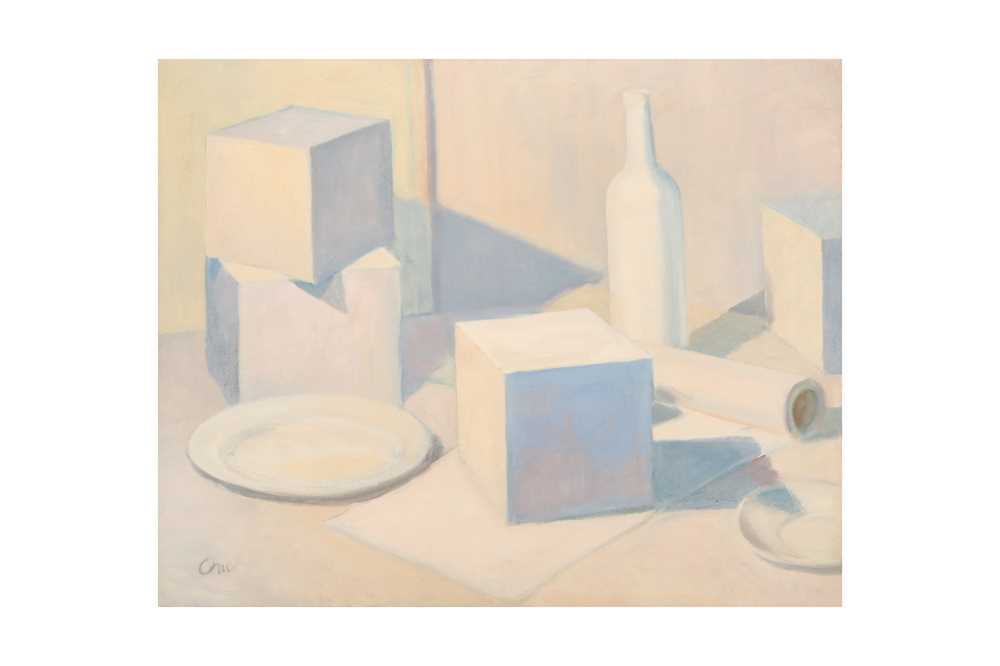 Born in Xiamen, Fujian, Teng-Hiok Chiu moved to the USA in 1920 where he studied under Irwin D Hoffman (1901 – 1989) later studying under Philip Leslie (1865 – 1931). In 1923 Chiu moved briefly to Paris, enrolling briefly at the École des Beaux-Arts in Paris, before transferring to the University of London in 1924. He won a scholarship to the Royal Academy in 1926 and from 1929 worked with Laurance Binyon at the British Museum to catalogue their Chinese painting collection. 1929 also saw his first solo exhibition at London’s Claridge Gallery which was honoured by an official appearance from Her Majesty Queen Mary, with all the paintings sold out within a few days of the Royal visit. In 1930 he held a solo exhibition in Beijing with a further exhibition in Shanghai in 1933. In 1938 he returned to America holding a solo exhibition at Knoedler’s Gallery in 1942.

His unusual path through East and West result in a unique style and his journey is perhaps best summed up in his own words:

As I go forward I realize increasingly that it is not a matter of East or West, some day there will be Art from a New World Civilization, the creation of which, as a painter, I wish to contribute to. Art is a universal language that speaks to every human heart.
(Extract from Teng Chiu, "A Chinese Painter's Exhibition in Europe," Monitor, (August 1928), Museum School Library, Boston.)