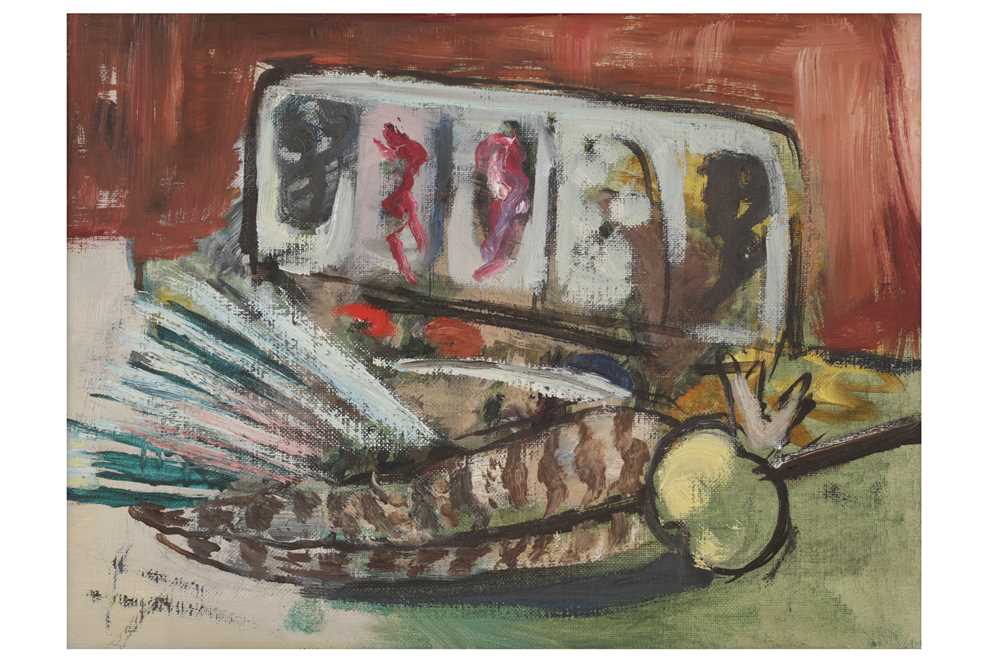 Painted in 1950, the present work describes the artist's watercolour box lying open to display an array of colours. In front are her brushes splayed out, a goose feather and an apple. The canvas has been painted with both fluidity and an economy of means to describe some of the artist's essential tools and a range of textures and surfaces.