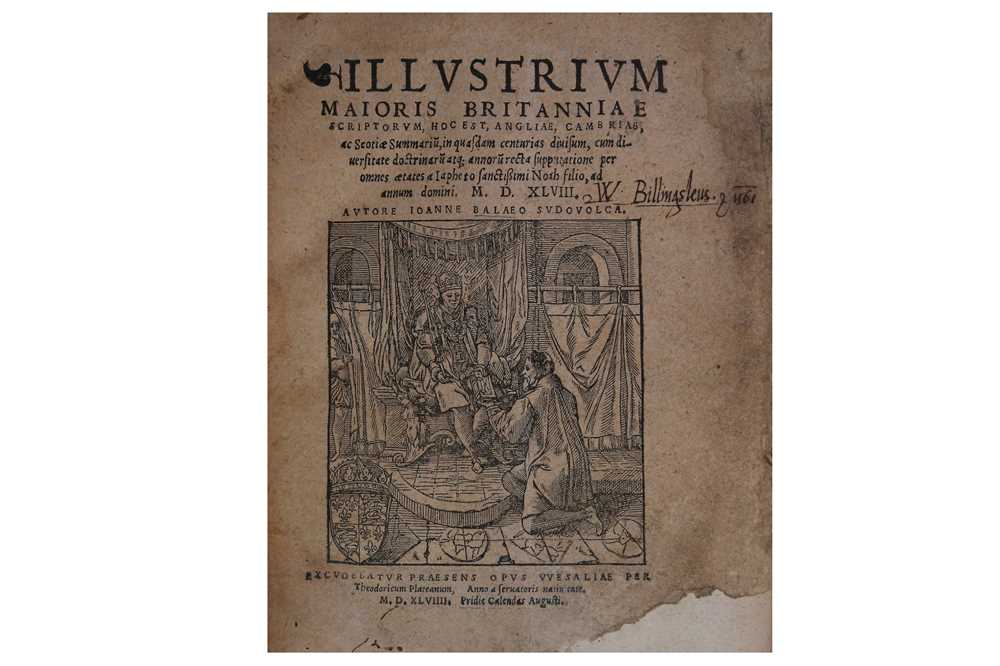 *** Bale's most important work, the first chronological printed bibliography of British authors and the first complete national bibliography of any country. The compiler partly based his catalogue on the ‘Collectanea and Commentarii’ by John Leland and expanded it while in religious exile in Germany. The arrangement is closely modelled on Trithemius.