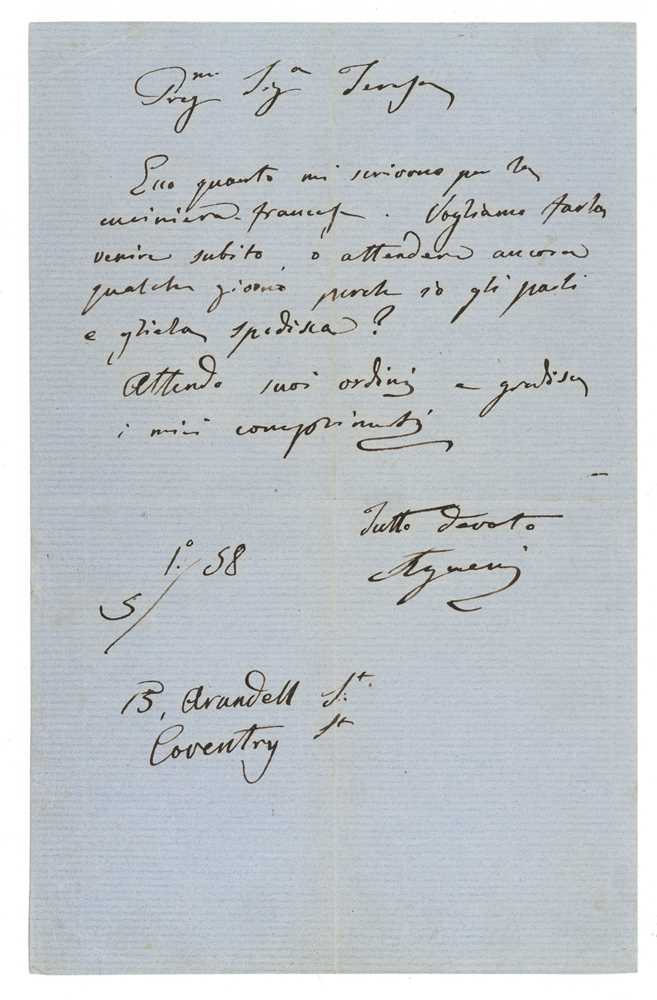 Autograph note signed ('Agneni'), in Italian, on the last page of a letter in French sent to the artist by the Baron de San-Pedro asking him to go to Paris and mentioning a 'cuisiniere'. Agneni writes to a Signora Teresa and asks if they should arrange for having the 'cuisiniere' in London or if they should wait, two pages in total, folding marks, 4to, Arundel Street, 1 May 1858.

***Eugenio Agneni was an Italian painter, mainly of historic canvases. After joining the insurgency that led to the brief Roman Republic in 1849, he was forced to flee when the Papal Government was restored. He went first to Savona, then Genoa, Florence, Paris, and finally London, where he painted mythologic themes the ceiling of the Queen's loggia in the Royal Opera House at Covent Garden and Buckingham Palace. In 1859 and 1866, he returned to Italy to join the Garibaldini, in the quest for Italian unity.