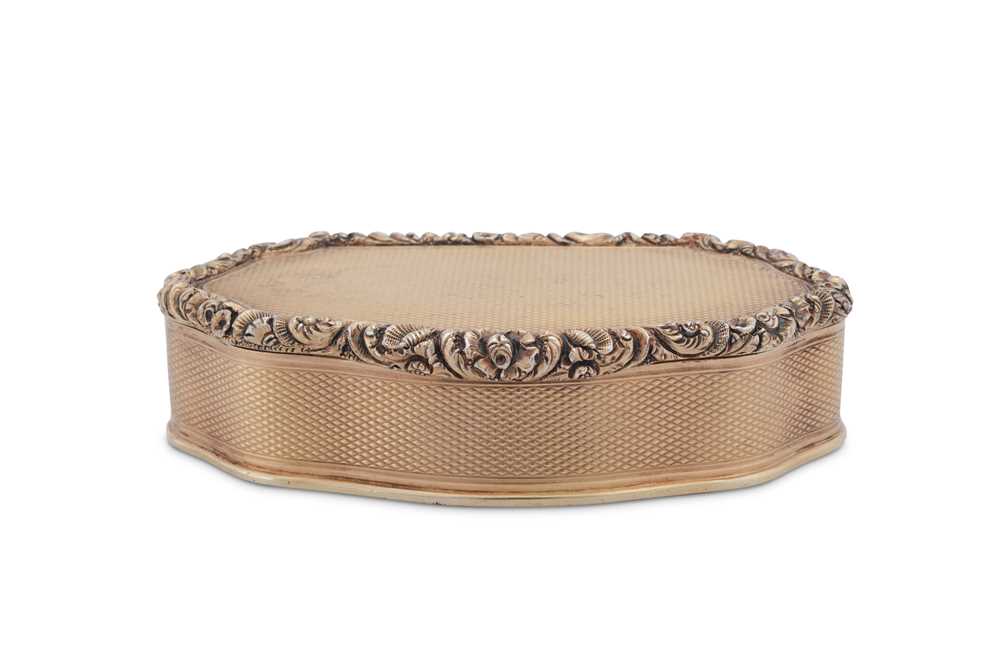 Cartouche form, with a hinged lid with a chased foliate rim, otherwise with engine turned decoration. The interior engraved with a presentation inscription reading “This TRIFLE was presented as a humble tribute of five grateful Hearts to their ever respectful uncle William Richard Glasier Esq., in token of the sense they entertain for the very fatherly consideration he has ever evinced for the welfare and comfort of the donors from their earliest youth. June 1828.” Fully marked to the base and a part-marked to lid.