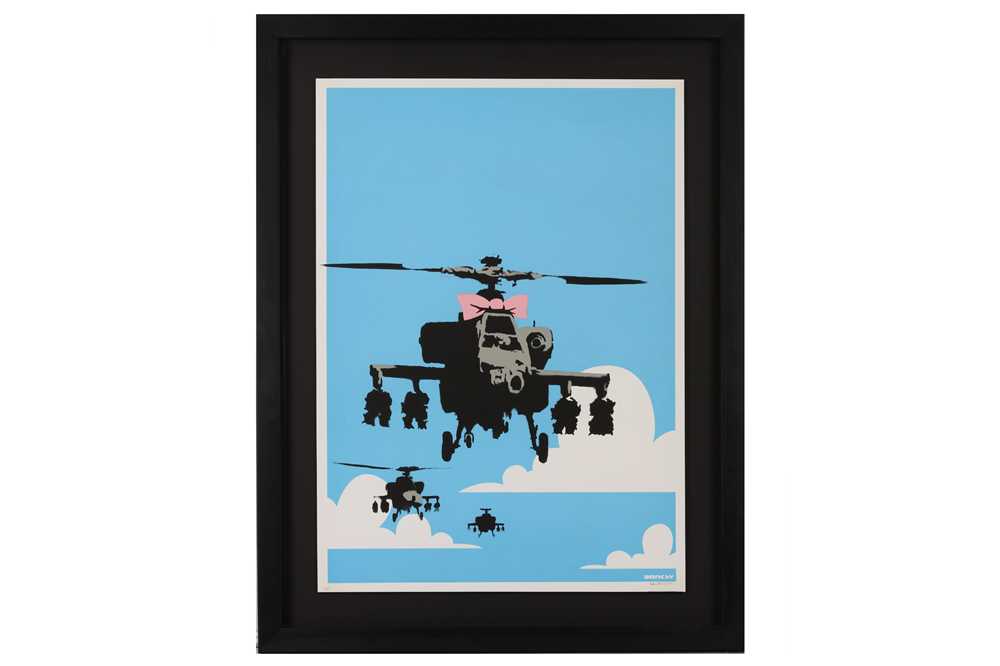 Before being released as a screenprint, Happy Choppers first appeared in 2002 as a sprayed mural in Central London at Whitecross Street Market. The screenprint was released in 2003 as part of an edition of 750 pieces with just 150 signed prints and 600 unsigned prints. Created on the occasion of the artist’s exhibition Santa’s Ghetto, intended to draw attention to the Israel-Palestinian conflict, poverty of West Bank.

The lead ‘chopper’ flaunts a jarring, pink bow; contrasting the violence of warfare with the innocence of childhood. The bow adorning the otherwise accurate representation of fighter helicopter mocks ideas of masculinity, militarism; whilst reinforcing their inherent menace.

Happy Chopper is an early example of Banksy’s helicopter motif; he has revisited this symbol of military intervention multiple times throughout his career. It was re-used in his Crude Oil collection of paintings as Study for Happy Choppers; was also spotted on boards of anti-war protests in 2003 in London.