The Collector: Objects to Clocks 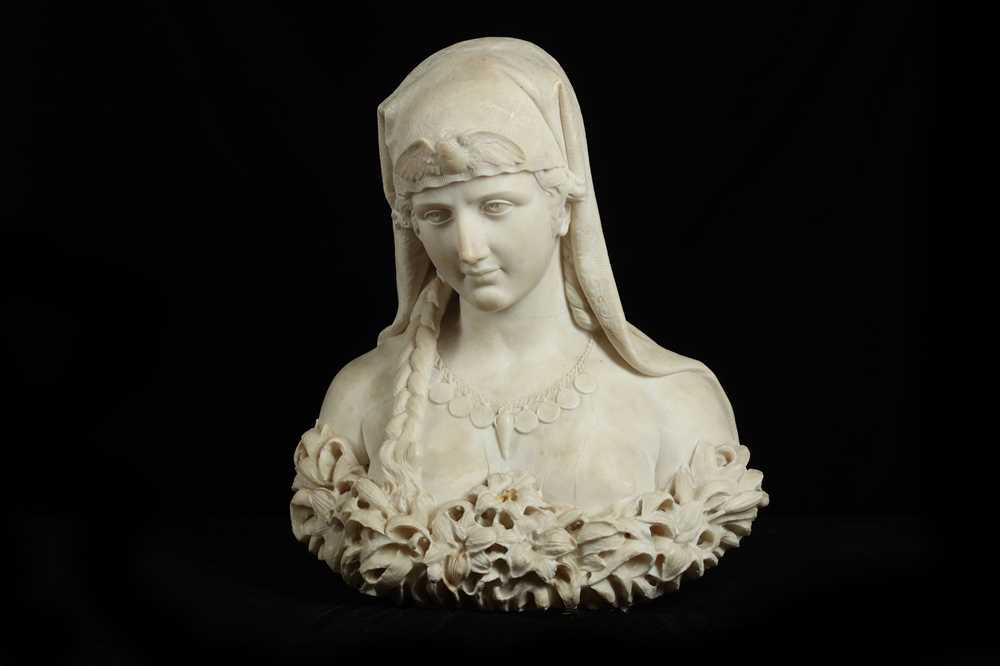 ATTRIBUTED TO PIETRO BAZZANTI (ITALIAN 1825-1895): A LATE 19TH CENTURY ORIENTALIST ALABASTER BUST OF A GIRL, the youthful maiden with ornate headdress. of Arab descent and wearing a necklace of coins, her bust terminating in a profusion of lillies, her hair in a long plait, unsigned,

This bust can be attributed to Bazzanti based on the similarity to numerous other marble and alabaster busts that are signed by this important sculptor. For example see Bonhams, April 21, 2015, lot 77. This bust signed by Bazzanti also terminates in a profusion of flowers, the shy, downward gaze of the maiden can also be seen in the present example, the finely engraved floral decoration to the headdress and use of coins as jewellery also feature in both busts.