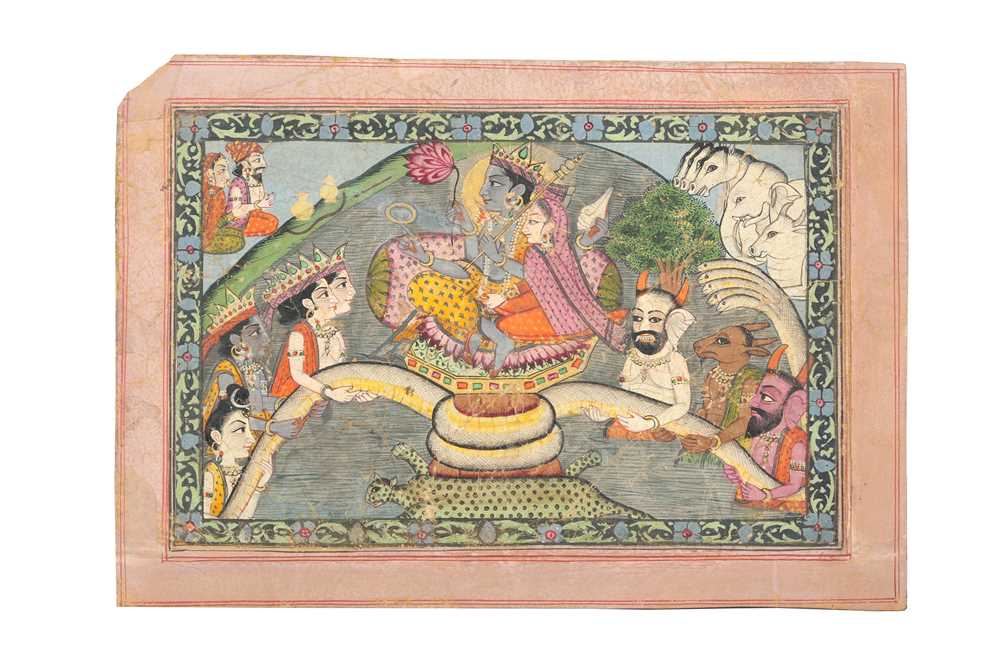 Opaque pigments heightened with gold on paper, the small-sized horizontal composition depicting the renowned scene of the churning of the Milk Ocean, Vishnu's turtle avatara, Kurma, depicted in the centre, surmounted by a lotus throne with Vishnu and his consort Lakshmi, the Suras (gods) including Shiva, Brahma and Krishna portrayed on the left, the Asuras (demons) and several gods' vahanas (vehicles) on the right, on the upper left corner Dhanvantari, the heavenly physician, with pots containing the Amrita, the heavenly nectar of immortality, one of the fourteen gems (ratnas) the churning of the Milk Ocean produced, the scene set within a polychrome-painted floral border and another light pink border, 14.6cm x 21cm.