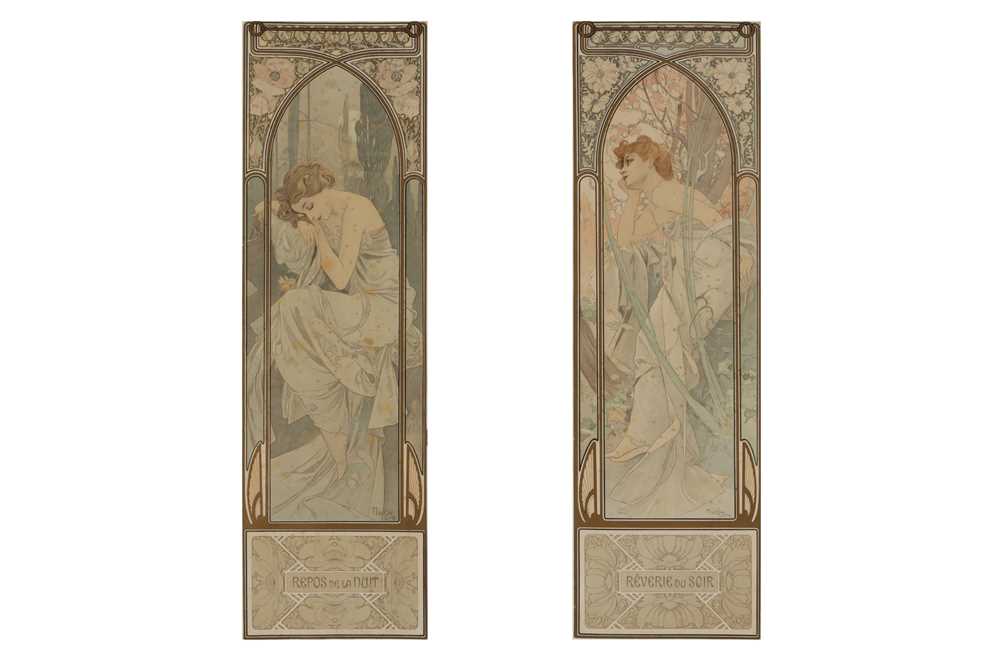 ALPHONSE MUCHA (CZECHOSLOVAKIAN 1860-1939)
Répos de La Nuit (Night’s Rest) and Reverie du Soir (Evening Contemplation)
two examples from the series of four titled The Times of the Day
each signed and dated within the plate 99 (lower right)
lithographs printed in colours, with gilding
59 x 18 cm (each) (2)

NOTES: Born in Ivancice, Moravia near the city of Brno in the modern day Czech Republic, Alphonse Mucha began his artistic training taking drawing lessons at the Academy of Visual Arts in Prague and continued his studies in Munich. In 1890, the young artist moved on to Paris and enrolled in the Academie Julien where he was the student of J. P. Laurens, Gustave Boulanger and Lefebvre.

While in Paris, Mucha began to draw illustrations for books and magazines. In 1894, almost overnight, based on a poster he designed for a play starring Sarah Bernhardt, Gismonda, he became a success.
Although widely regarded as one of the premier artists of the Art Nouveau period, Mucha shared much in philosophy and artistic temperament with the artists of the Symbolist movement.