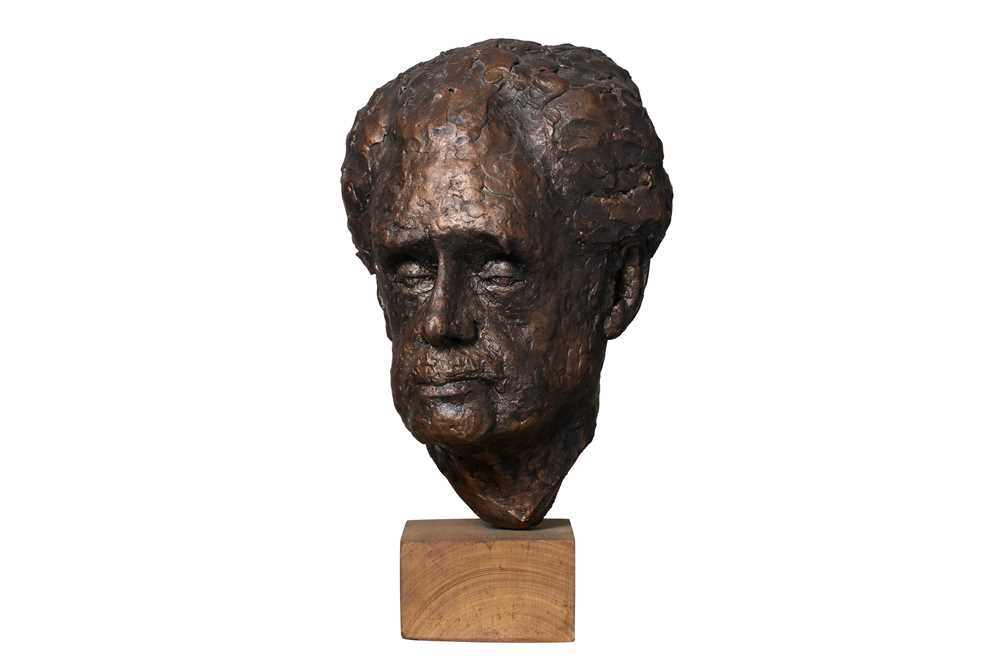 Executed in 1974 at MacDiarmid's home in Biggar, Lanarkshire; a cast in bronze is in the National Portrait Gallery, London.

Hugh MacDiarmid (1892-1978) was the pen name of the influential Scottish poet, journalist, polemical political figure and idealist Christopher Murray Grieve. The son of a postman, he grew up in Dumfriesshire and started work as a journalist in Wales. During the First World War he served in the Royal Army Medical Corps in Greece and France, an experience that greatly impacted both his political and literary development.

On his return to Scotland in 1918 MacDiarmid settled in Montrose, and published his first collections of poetry: Annals of the Five Senses in 1923, Sangschaw in 1925 and Penny Wheep and A Drunk Man Looks at the Thistle in 1926, this latter extended poem being considered his most influential work. Such early writings were penned in what he termed 'Synthetic Scots', a version of the local Scots language (not to be confused with the gaelic spoken in the Highlands) that combined local Lowland dialects. At the end of the 1920s he worked for Compton Mackenzie's magazine Vox, and in later years wrote increasingly in English.

In 1928 MacDiarmid helped found the National Party of Scotland (now the SNP), but was expelled during the 1930s. He subsequently joined the Communist Party, but was soon expelled from that too (on the grounds of being a Scottish Nationalist). Later however he stood for the SNP in 1945 and 1950, and for the Communist Party of Great Britain in 1964, campaigning in Kinross and Perthshire for the seat of Conservative Prime Minister Alec Douglas-Home, and polling 127 votes.