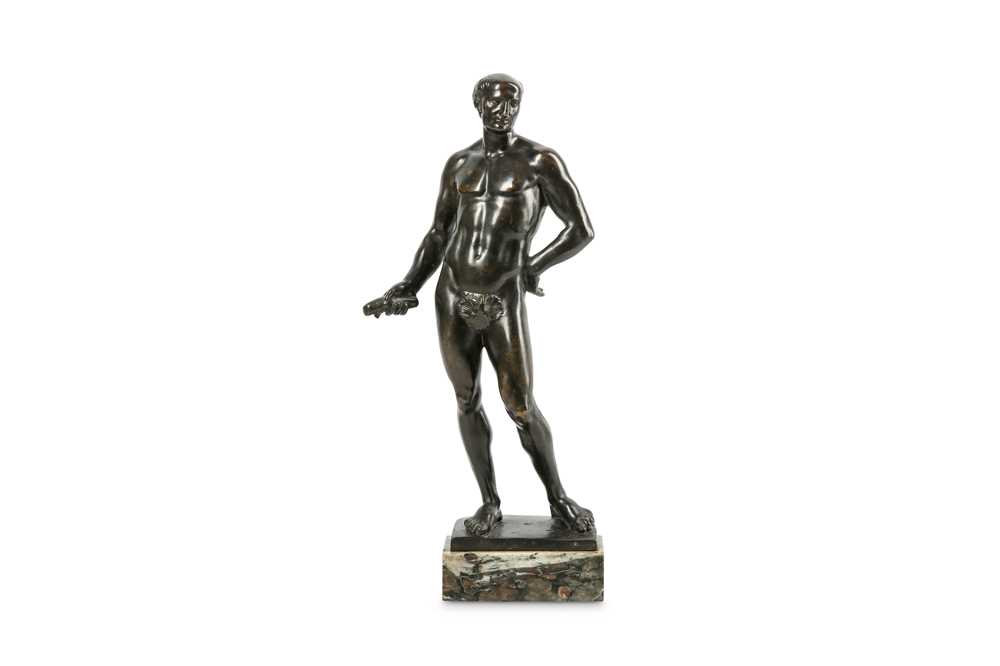 Click for high resolution
AN ITALO-FLEMISH BRONZE FIGURE OF JULIUS CAESAR, PROBABLY 18TH CENTURY  the nude figure standing a contra-posto, and holding a scroll in his right hand, on a rectangular base, later mounted on a rectangular marble plinth, the bronze 27cm high, 29.5cm high overall  This bronze statuette of Julius Caesar is loosely derived from the Antique Roman original (2nd century a.d.) at the Marble Palazzo Mattei, Rome. The figure is standing a contra-posto, his weight on his right leg and his left slightly raised, his left arm raised to the height of his abdomen and holding a scroll. That the sculptor has chosen to depict Caesar nude except for a fig leaf, rather than wearing armour as is more common in 18th and 19th century statues, demonstrates the renewed enthusiasm for the classical tradition and in particular the ideal nude, that was reinterpreted during the Renaissance. No longer was depicting the naked body considered to be irreligious or even Pagan, but in modelling the naked form, the sculptor became closer to God and His creation of man in His own image (Adam).