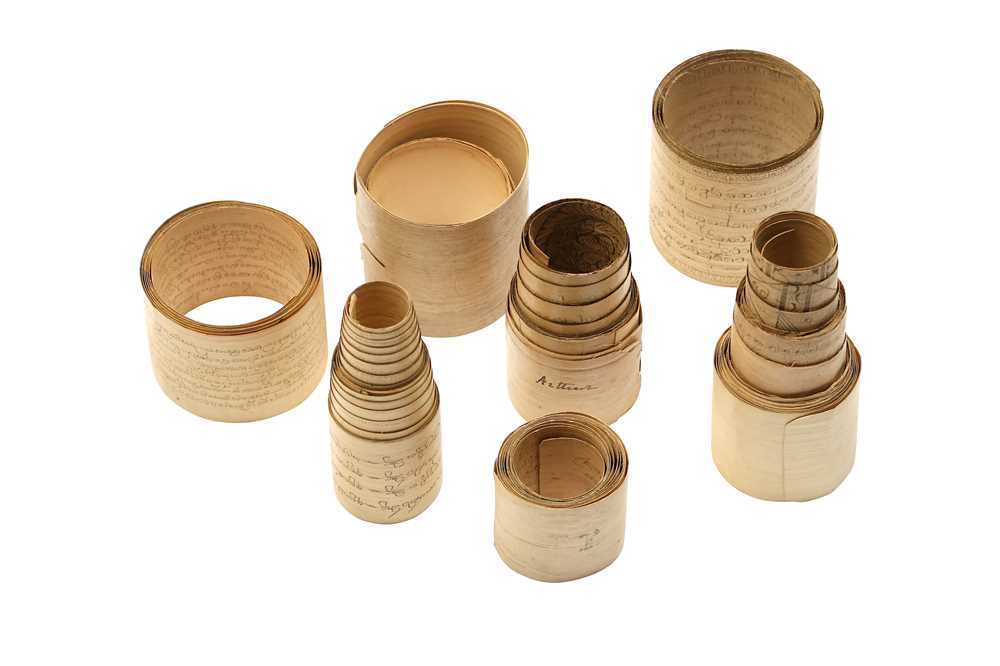 Comprising seven talismanic palm leaf scrolls of different sizes, three scrolls with birth and geomantic charts and auspicious symbols and prayers addressed to foreigners (Brenda, Arthur and F.), their names marked in black ink on the exterior of the scroll holders, some scrolls featuring Western-inspired decorations, one with double lions fighting, another replicating a stylised version of the British chivalric Order of the Garter with the inscription Honi Soit Qui Mal y Pense in Burmese characters, the rest of the decoration traditional of South East Asia with lotus flowers, palmettes, interlocking foliate vegetal sprays and fretwork bands, the largest 6cm x 82cm.